A Taiwan Plan for the Next U.S. President 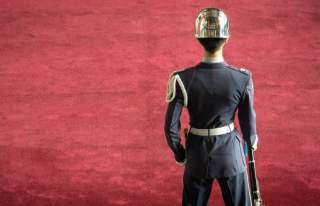 Like the rest of the world, Taiwan’s twenty-three million people will look on with expectation—and perhaps some trepidation—on November 8 when Americans elect a new president. Whether Democrat Hillary Rodham Clinton or Republican Donald J. Trump prevails in the race will, to some extent, determine how Taiwan’s principal security guarantor will deal with its democratic East Asian ally and the authoritarian giant that claims sovereignty over it.

Notwithstanding the fundamental differences that have been highlighted during the long and bitter presidential campaign, it is unlikely that a President Clinton or Trump would be able to implement a drastic shift in the United States’ Asia policy. As with every incoming administration, the nature of the U.S. government system and the sprawling civil service militate against sudden shifts in direction and ensure continuity, regardless of the promises made by a presidential candidate.

Recent history is replete with examples of continuity. Keen to distinguish himself from his predecessor, Democratic candidate Barack Obama vowed during his campaign to close the Guantánamo Bay detention facilities in Cuba. In January 2009, President Obama issued Executive Order 13492 to “promptly” close the holding facilities at Guantánamo. By 2016, Obama was still vowing to close the base.

The same built-in incentives for continuity (and checks and balances against abrupt departures) exist when it comes to the United States’ relationship with Taiwan and China. From Reagan to Bush Sr. to Bill Clinton to Bush Jr. to Obama, promises of major policy shifts on the Taiwan “issue”—from castigating the “butchers of Beijing” (Bill Clinton) to doing “whatever it takes” to defend Taiwan (Bush Jr.)—the nature of the Washington-Beijing-Taipei relationship has been astonishingly consistent over the years, even as the international context changed dramatically due to developments such as 9/11 and the “war on terror,” the global financial crisis, and China’s rise. After being elected, presidents that had espoused a hard line on China gradually moved toward the center, as did those who were accused of cozying up to Beijing at the expense of the United States’ democratic allies. Consequently, predictions that a hardline candidate would, if elected, spark a catastrophic war with China didn’t come to pass; neither did those that foresaw the annexation of Taiwan if a docile president occupied the White House.

All of this isn’t to argue that who is elected in November will have no incidence whatsoever on future U.S. policy toward this important part of the world. What this does tell us, however, is that we probably need not waste our time analyzing extreme scenarios one way or another, and should instead address the areas where change is expected to (or should) occur. Whoever is elected will have to operate under the same principle that has guided the China/Taiwan policy of every administration before it: that is, ensuring stability in the Taiwan Strait.

Since there is no reason to believe that either President Trump nor President Clinton intends (or would have the ability) to undermine that delicate balance, whatever change occurs in Washington’s relationship with the two Asian neighbors will by necessity have to be qualitative rather than fundamental. A fundamental shift—e.g., the abandonment of Taiwan or full containment of China—would undo that stability by either allowing the unification of Taiwan against the will of its people or sparking major hostilities in the Taiwan Strait. Those are two scenarios that very few people in Washington want to see become a reality, if only because of the wider repercussions that either of those two contingencies would have on the region and the world.

Assumption One is therefore that the future U.S. president and his/her advisers will want the continuation of stability in the Taiwan Strait, as it is in the United States’ national interest—any U.S. president’s first and foremost consideration—that such a state of affairs be maintained.

The second assumption is that China’s recent behavior, both domestically and within its immediate region, has attuned both the Republican and the Democratic parties to the destabilizing potential of Chinese assertiveness. Thus, given the ramifications for Washington’s allies, it is highly unlikely (regardless of what they may say now) that either candidate would adopt policies that include the abandonment of U.S. allies to their fate. Whether they want to or not, the United States is back in Asia and here to stay, for the same reasons that aliment the first assumption: the desire for stability.

On Taiwan specifically, Assumption Two implies that Washington will be prepared to provide to Taiwan assistance such as is necessary to ensure continued stability in the Taiwan Strait. And that will only occur if Taiwan has the wherewithal to respond to and counter Beijing’s continued—and ostensibly intensifying—efforts to isolate it internationally while undermining its democratic institutions.

Such assistance will come in various forms. Although there is a military component to the U.S. policy on Taiwan under the Taiwan Relations Act and Six Assurances, it is highly unlikely any future U.S. president would choose to rock the boat by markedly increasing American military assistance for Taiwan, either through the deployment of active military personnel on Taiwanese soil or the sale of U.S. defense articles that would suddenly alter the balance of power in the Taiwan Strait (e.g., F-35s or THAAD anti–ballistic missile systems). Instead, a President Clinton or Trump will likely continue to release arms packages that, while disappointing to some, have more political than defensive value.

The future U.S. president should also green-light further U.S. technical assistance for indigenous defense programs initiated by Taiwan (e.g., submarines) and would also be advised to refrain from punishing Taiwan for deploying, within reason, “counterforce” or “offensive” weapons systems that have a deterrent value against the People’s Liberation Army (PLA).

Reluctance to cross Beijing’s “red lines” on arms sales should not prevent a deepening of U.S. assistance in other areas. The future U.S. president should therefore increase joint training opportunities for Taiwanese military and law enforcement personnel (e.g., Urban Shield), as well as civilian search-and-rescue teams. Existing military training programs for Taiwanese personnel in the United States should continue and while other areas of cooperation (e.g., inviting Taiwan to participate in/observe RIMPAC) should be explored. More American cadets should be involved in exchange and language programs with Taiwan through the Fulbright program or others, and those should be appropriately funded via the Department of Defense.

Intelligence sharing—human and electronic—should continue and be increased as appropriate, including the bolstering of information that contributes to Taiwan’s situational awareness.

To reduce the risks of miscalculation and adventurism, the future U.S. president would also be advised to move away from strategic ambiguity on Taiwan and reinforce the notion that any unwarranted move by the PLA against Taiwan would not be countenanced and would immediately prompt a response from the international community. Rather than provoke China, drawing lines in the sea would help reduce the risks of war by increasing the costs of any move in that direction. Nothing would be more dangerous at this point than for Beijing to convince itself, out of hubris or frustration, that it can quickly resolve the Taiwan “question” by resorting to force.

Beyond military cooperation, the future U.S. president should prioritize efforts that contribute to Taiwan’s ability to be actively involved in global efforts. The future administration should therefore demonstrate leadership in ensuring that Taiwan is allowed to join multilateral organizations such as Interpol, the World Health Assembly and the International Civil Aviation Organization, all organizations where Beijing has increased its influence and sought to punish Taiwan by denying it the ability to join, if only as an observer. Proactive endeavors by the United States and influential allies to counter Beijing on this front will be necessary, especially amid signs of deteriorating ties between Taipei and Beijing following the return of the Taiwan-centric Democratic Progressive Party in government. Besides considerations of justice, plugging the Taiwan “blind spot” will fulfill the U.S. president’s responsibility to ensure the safety of U.S. citizens worldwide, including those who are in Taiwan or transiting through its airspace.

Interactions with government-run NGOs such as the Taiwan Foundation for Democracy and their counterpart agencies in the United States should also be increased to further entrench Taiwan in the community of democratic nations. Greater cooperation with Taiwanese agencies and NGOs on nontraditional security threats, such as emerging infections diseases and natural disasters, should also be encouraged. In addition to being mutually beneficial, the area of human interactions has the additional advantage of being uncontroversial and thus is unlikely to prompt retaliatory action by Beijing.

Facilitating Taiwan’s entry into multilateral trade bodies such as the TPP, or signing a free-trade agreement with it, would also help diversify its economic relationships and lower the risks of Chinese economic blackmail. Such trade pacts would also create opportunities for U.S. companies and investors.

The future U.S. government should also promote greater awareness among its civil servants, as well as within the academic community and intelligence agencies, about accelerating political/information warfare by Chinese organs, some of which are known to act as fronts for the military establishment. While contact with the Chinese is welcome, U.S. officials and academics participating at conferences and trilaterals should have a clearer understanding of the people they are dealing with and the organizations they work for.