Taiwan: Punching above Its Weight 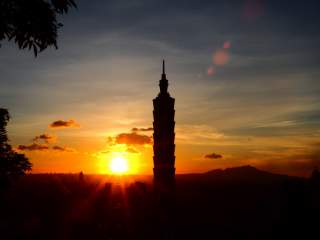 Editor’s Note: The Asia-Pacific is clearly a global hot spot when it comes to not only trade, but security issues. While much is made of China’s rise, America’s “pivot” to Asia and issues of territorial claims, there is one important player in the middle of the action that matters when it comes to all of these important issues: Taiwan. Above, Harry J. Kazianis, Executive Editor of the National Interest, interviews Taiwan’s permanent representative to the United States, Dr. Lyushun Shen. Also, see below an op-ed from the representative below:

The Republic of China—commonly known as Taiwan—is by no measure a large country. With a population of 23 million and its 13,974 square miles of territory (about the size of Maryland or one third of the size of Virginia), Taiwan seems like a small and remote island for many in the United States. However, in addition to its robust democracy, Taiwan’s thriving economy brings it much closer to the United States than people realize, as Taiwan is both a big trading partner for the United States, as well as a strategic ally.

It is hard to imagine that only about half a century ago, Taiwan was still a recipient of U.S. economic aid, with rice, tea, sugar and bananas as its top four exports. Today, Taiwan’s top four exports are IC units, LCD products, smart phones and semiconductor devices (not to mention about eighteen different kinds of IT products made in or by Taiwan, ranked No. 1 globally in terms of product value or volume in 2012).

In 2013, Taiwan was the twelfth-largest trading partner of the United States out of the 224 countries and territories with which the United States conducts commerce. According to the U.S. Department of Commerce, in the first nine months of 2014, Taiwan has become the eleventh-largest U.S. trading partner, having overtaken India—whose population is fifty times bigger than Taiwan’s—and Taiwan is also ahead of Australia (No. 23) and Russia (No. 24). When compared with the twenty-eight member states of the European Union, Taiwan ranks above all but the United Kingdom, Germany and France. Mainland China has a population fifty-eight times larger and a land area 265 times bigger than Taiwan’s. Nevertheless, a comparison can be made that shows that the United States shipped $86.9 billion worth of American goods to China for the first nine months of 2014, only 4.4 times more than those to Taiwan, whose imports from the United States amount to $19.7 billion.

The aforementioned figures do not include trade in services. In 2012, two-way services trade between the United States and Taiwan totaled $19 billion, with an approximately $3.9 billion surplus in favor of the United States that year. Taiwan is also one of the largest Asian sources of foreign direct investment in the United States, with a total of $9.2 billion and still growing. Taiwanese companies such as Formosa Plastics, which pledged $2 billion in November last year to expand its shale-gas processing operations in Texas, along with Foxconn and others, continue to invest in the United States.

Taiwan has also been one of the largest world-class buyers of U.S.-made defense articles. Notable cases include the procurement of 150 F-16s, several squadrons of C-130Hs, sixty Black Hawk helicopters and Patriot missiles, to name just a few. It may be said that Taiwan’s economic relations with the United States, including commercial and military sales, as well as investment and services trade, have created or supported at least half a million American jobs. Recognizing the robust economic relations between the two countries, Assistant Secretary of State Daniel Russel pointed out in his testimony before the Senate Committee on Foreign Relations Subcommittee on East Asian and Pacific Affairs on April 3 this year that “Taiwan has been identified as a focus market under the SelectUSA program to promote and facilitate foreign direct investment to the United States.”

Taiwanese membership in the Trans Pacific Partnership (TPP) is ultimately a must for its future; the implications of a TPP without Taiwan’s outsized economy are unthinkable. As an indispensable part of the global manufacturing chain, Taiwan’s accession into the TPP would ensure the trade agreement’s own success. Products of Taiwan’s high-tech economy are ubiquitous around the world, from smartphones in the pockets of New Yorkers to state-of-the-art LED street lights in Central Asian cities. It is said that one third of mainland China’s electronics output can be attributed to Taiwan investment. Taiwan is an economic powerhouse too big to ignore in regional or even global trade integration. As the world economy grows increasingly interdependent, Taiwan’s participation in the TPP will not only be economically and strategically beneficial for both Taiwan and the United States, it will also create a win-win situation for regional and international stability and prosperity.

Dr. Lyushun Shen is the Republic of China (Taiwan) permanent representative to the United States.

Note: At time of publication, the international trade statistics for the period of January to October 2014 were released by the U.S. Department of Commerce, which show that Taiwan further overtook Saudi Arabia as the tenth-largest trading partner of the United States. Once again, Mainland China as a market for American goods is still around 4.4 times that of Taiwan, as during that period the U.S. exported $99.6 billion worth of goods to the Mainland versus $22.2 billion to Taiwan.