Taiwan Should Be a Partner in Addressing Climate Change 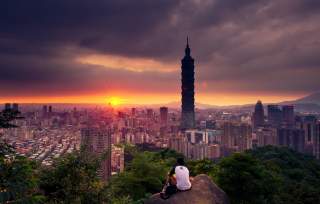 The Paris Climate Agreement, negotiated within the United Nations Framework Convention on Climate Change (UNFCCC) dealing with the reduction of greenhouse gas emissions starting in the year 2020, was adopted by consensus on December 12, 2015. The agreement will take effect on November 4, after more than eighty of the 197 parties to the treaty to date have submitted their instruments of ratification to the United Nations, accounting in total for more than 55 percent of the world’s greenhouse gas emissions as a necessary threshold. This is a promising move forward in international efforts to mitigate the grave impact of climate change.

The 22nd session of the Conference of the Parties (COP 22) to the UNFCCC is scheduled to convene from November 7 to 18 in Marrakech, Morocco. It is the crucial next step for governments to operationalize the Paris Agreement.

Taiwan, as the fifth-largest economy in Asia and the 22nd largest in the world, should have a place at the table in Marrakech. Taiwan cannot be left as a mere spectator to a problem which encompasses the entire international community. Its voice must be heard in the councils where viable solutions are vetted and adopted.

Global warming and the El Nino phenomenon have contributed to record-breaking temperatures and extreme weather events around the globe. Dangerous weather conditions were recently seen in the United States as well, with historic flooding in Louisiana, tropical storms hitting Hawaii, and Hurricane Matthew causing deaths and destruction in Florida, Georgia, and the Carolinas.

Taiwan has also experienced abnormal weather conditions. In June temperatures in Taipei, the capital, reached the highest level in a century. A recent series of flash floods significantly damaged Taiwan’s infrastructure, ecosystem and crops. But Taiwan has not stood idly by in addressing the increasing challenge of climate change. It has taken a proactive approach to lessen the negative impact of global warming. In June of 2015, Taiwan’s Legislative Yuan, the Parliament, enacted the Greenhouse Gas Reduction and Management Act, which took effect the following month. Under the legislation, Taiwan will reduce its carbon emissions to 50 percent of 2005 levels by the year 2050, becoming one of the few nations to have written into law a target for greenhouse gas emission reduction.

In an effort to echo the Lima Call for Climate Change Action which urges each country to exhibit its greatest ambition to cut greenhouse gas based on its own circumstances, Taiwan further voluntarily announced in September 2015 its Intended Nationally Determined Contributions (INDC) reducing greenhouse gas emissions by 50 percent below the business-as-usual GHG emission level by 2030, which is equivalent to a reduction of emissions by 20 percent below the 2005 level. Taiwan INDC’s target for the 2030 reduction level can be regarded as the middle-point goal of its GHG Reduction and Management Act, in line with Taiwan’s ambitious commitment to carbon reduction through a steady, step-by-step approach.

Moreover, we are also seeking to diversify our energy resources by tapping into renewable energy, including solar, wind and biogas production from pig farm waste. In exploring viable energy alternatives, we are leaving no stone unturned. All these efforts have won acclamation from the industrialized countries.

Taiwan further anticipates that by 2025 a full 20 percent of its energy will come from renewable energy. We have also established an Office of Energy and Carbon Reduction whose main task is to plan for overall national energy policy and promote newer forms of energy while seeking further greenhouse gas reductions. The new office will establish partnerships between the central and local governments to reduce carbon emissions and promote clean energy.

President Tsai Ing-wen has made environmental concerns a top priority of her new administration. In her inaugural address in May 2016, President Tsai made it clear that her administration will regularly review goals to cut greenhouse gas emissions in accordance with the standards set forth in the Paris Agreement. The periodic five-year regulatory goals of last year’s legislation will seek to enhance climate-change-response capacity-building and promote the efficient management of greenhouse gas emission reductions across government agencies.

Taiwan’s meaningful participation in the UNFCCC in Marrakech this year and beyond, therefore, is essential to that achievement of these goals. Climate change is an issue of global concern that cuts across national boundaries and narrow political considerations. No nation, including Taiwan, can do it alone. We are more than willing to contribute our full share to the challenge presented by environmental protection. Together, with like-minded nations serving as partners, Formosa, “the beautiful island,” as Taiwan was vividly known, will join hands in seeking to preserve our common Mother Nature from further environmental degradation.