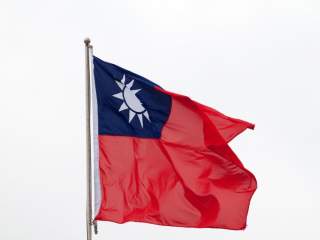 With promises to build a new era of politics and protect sovereignty, the island nation of Taiwan elected the first female president, Tsai Ing-wen, in the Chinese-speaking world on Saturday. The historical day was, however, heavily censored and rhetoric watered down by official outlets in mainland China. China’s Twitter, Weibo, censored searches for “Tsai Ing-wen” as well as for “Taiwan”; state-run media outlets referenced the “leadership” and legislative elections, but largely focused their coverage on President Xi’s opening speech at the Asian Infrastructure Investment Bank (AIIB) instead. But, whether in mainland China or elsewhere in the world, to ignore the democratic victory of Tsai and the Democratic Progressive Party (DPP) in Taiwan would be a mistake. Tsai’s electoral landslide has tremendous implications for both the trajectory of cross-strait relations, as well as the region more broadly.

The foundations for political change and Tsai’s election took root over the last several years, yielding a Tsai victory with 56 percent of total ballots cast and 68 of 113 seats in the island’s parliament, the Legislative Yuan (LY). Tsai won additional allies in the LY by embracing “third force” parties, suggesting an administration that will look to lead a government of political inclusiveness. The landslide electoral victory marks an important responsibility the new Tsai administration will face: domestic constituents are putting their hope in the government to secure the island’s future prosperity and stability. As the election results reveal, the last eight years under Chinese Nationalist Party (KMT) president Ma Ying-jeou have fostered discontent among many Taiwanese. Rapprochement with mainland China has not yielded the economic benefits promised; Taiwan has little more international breathing space than it did in 2008. The task ahead for Tsai thus entails both shepherding domestic political and economic change while balancing ties to mainland China, the United States, and Taiwan’s role on the global stage.

A top policy priority for Tsai and her team will likely be a comprehensive self-strengthening. Bolstering Taiwan’s capacities can (and should) entail many different realms, ranging from socio-economic to the Taiwanese armed forces. But to remain loyal to her domestic constituents, and to create a future based upon the will of the Taiwanese people as Tsai has repeatedly stated, she must begin first with the island’s economy. The island’s GDP growth rate dropped from 3.74 percent in 2014 to a meager 1 percent at the end of 2015. Wages are stagnant, property prices are soaring, and state pensions consume about 7 percent of the government’s total budget. In addition to the challenges of boosting economic growth and increasing the competitiveness of Taiwanese industries, the Tsai administration will have to consider hefty reforms prerequisite to any consideration of joining the U.S.-led Trans-Pacific Partnership (TPP). Unlike Ma’s economic policies that have linked the island’s economy to mainland China through noteworthy trade deals, Tsai will likely tackle domestic concern of economic vulnerability by distancing the island’s economy from the mainland. Big-ticket items such as the cross-Strait services trade agreement and future Chinese investment in Taiwanese microchip manufacturers may well be put on pause.

With a stronger economic foundation to build upon, Tsai must necessarily turn to an evaluation of the island’s military capabilities. Taiwan is currently amid a transition from conscription to an all-volunteer force, a decision made under President Ma that is now slated for completion by 2017. Given such a change to the terms-and-conditions of Taiwan’s military, as well as a lackluster defense policy under Ma, the time is ripe for Tsai to revitalize an indigenous defense policy. As outlined during her campaign, this policy includes creating a cyber-army, decreasing Taiwanese dependence on foreign arms sales, and investing in effective deterrence and defense systems. Other experts have noted that Taiwan’s military budget will need to be at least three percent of GDP to pave the way for updates to the island’s defense policy and posture, a task made easier with DPP control of the legislature. Even as decisions of budgeting, procurement, and strategy are well underway, rather than judging Taiwan’s military capabilities against those of the People Liberation’s Army, the metric for progress under Tsai should evaluate how her administration’s defense policy decisions bolster Taiwan’s deterrent capability and confidence in its own security.

Undoubtedly, any and all actions that Tsai takes will be closely scrutinized by officials in Beijing. As former American Institute in Taiwan chairman Richard Bush has noted, the return of the DPP to power in Taiwan has a “throw the bums out” flavor to it; Tsai has significant freedom of action in a DPP-led political system, but it remains to be seen how Beijing will come to terms with the reality of the next four years. It will take time to discern whether Tsai’s landslide victory simply reflects widespread domestic discontent about the island’s present situation, or whether her victory is harbinger of significant policy change toward the mainland. Given Tsai’s commitment to “maintain the status quo for peace and stability,” it would be a mistake to assume that Beijing will only be hostile toward the new DPP administration, a policy risk that would propel the island further from the mainland’s sphere of influence.

As Tsai noted in her acceptance speech, reform does not happen in a day. The journey for Taiwan under Tsai is just beginning; for Western onlookers, it is a journey well worth watching in the months and years ahead. It is a journey that may have significant impact upon Washington’s relationship with both Taipei and Beijing, particularly given a change in US presidential administration. Even as we witness a new Taiwanese president’s strategy toward mainland China—and the Chinese response—we should also not forget to look at how the losing KMT party redefines itself. Times are changing for Taiwan. Democracy has had a resounding outcome this weekend, but only time will tell the true trajectory of Tsai’s domestic, cross-Strait, and international policies.

Lauren Dickey is a PhD student in War Studies at King’s College London and the National University of Singapore where her research focuses on the relationship between Beijing and Taipei. She is also a member of the Pacific Forum Young Leaders program at the Center for Strategic and International Studies in Washington, D.C.