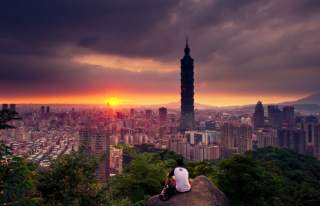 Several months have passed since the dramatic intervention of students occupying the main chamber of Taiwan’s parliament building, and Taiwanese politics is back to business as usual. Among other things, that means a preoccupation with the electoral cycle. Preparations, not to mention machinations, are well under way within the major political parties ahead of Special Municipality and local government elections in November—what some observers call Taiwan’s mid-term elections—which should set the tone for the combined legislative and presidential elections slated for spring 2016. Coming on the back of the Sunflower Movement, the forthcoming elections are particularly interesting for those looking to see whether Taiwan will break from the path of an incumbent president, Ma Ying-jeou, who is unpopular within the electorate and his own KMT party. Ma is at the midpoint of his second and final term in office and the jockeying to replace him has begun. After the drama of the Sunflower Movement in March and April, tentative answers have emerged to a number of questions.

Despite significant political and social opposition, including the students who occupied government buildings, it appears likely that the keystone policy of Ma’s second term, the Cross-Strait Services Trade Agreement (CSSTA) that extends the earlier Economic Cooperation Framework Agreement (ECFA) with China, will proceed after all. Although Ma has appeared futile for much of his second term, if and when CSSTA is enacted, the momentum toward institutionalizing economic integration that he has facilitated in cross-Strait relations will be hard for his successors to resist. It also seems that competing factions within the KMT have decided they have sufficiently common interests, and no better options, that a split is now unlikely. Despite their differences, common disdain for Ma and the fact that the KMT remains the ultimate vehicle for political advancement in Taiwan, is enough to keep the party together. Finally, it looks like the opposition DPP has been unable, as yet, to capitalize on the KMT’s woes. Instead, widespread dissatisfaction with Ma has mutated into disenchantment with politics and both major political parties.

After many years of forbearance, the Taiwanese, who have taken to the streets in their tens of thousands, are fed up with the failure of the main parties to put aside their self-centered and self-serving partisan battles for the good of the nation. There is a serious disconnect between Taiwanese, especially younger cohorts, and their representatives and politicians. Alienation is commonplace in mature democracies, but it is a recent development in Taiwan, where turnout in five presidential elections still averages around 75 percent. Clearly, something is amiss. The common thread among young Taiwanese I have spoken to recently is that politics is passing them by, or rather that politics and their lives are running on parallel tracks. A possible explanation for this feeling of absence is the recent “disappearance” of Taiwanese identity from the political menu. For much of the democratization era, national identity was the major cleavage in Taiwanese society and the major fault line in Taiwanese politics. But after the apotheosis of Taiwanese identity during the rule of Chen Shui-bian, a period in which all politics and much governance was refracted through the lens of Taiwanese identity and Chen’s imperative of Taiwanization, it has declined in salience in political discourse.

Where did Taiwanese identity go? The traumatic unravelling of Chen’s eight years in power, which culminated in the DPP’s devastating electoral performances in 2008 and a jail term for corruption for Chen, led to a period of retrenchment and internal debate about the role of Taiwanese identity in the party’s platform. Nervous of reminding voters of Chen’s ideological excesses, the party downplayed identity. For President Ma Ying-jeou on the other hand, Taiwanese identity was neither expedient, given his focus on improving relations across the Strait (Beijing is unable, or chooses not to distinguish between Taiwanese independence and nonthreatening expressions of Taiwanese identity), nor ideologically attractive, given his predilection for Chinese national identity and his project to incorporate Taiwan into Greater China. Reversing many of Chen’s initiatives, Ma has sought to “re-Sinify” Taiwan by incorporating it into narratives about the Chinese nation. My research of many of Ma’s speeches since 2008 shows that Taiwanese identity has all but disappeared from the presidential lexicon—with the notable, and transparently instrumental, exception of his election campaigns. There are signs that the Taiwanese have more pressing things on their minds than identity too: neither the Sunflower student occupation, nor the plethora of social protests that have mobilized tens of thousands of people, were, on the surface, fought in the name of Taiwanese identity. However, to think that we have reached a post-identity moment in Taiwan is misguided—and for pro-unificationists in Taiwan and China, wishful thinking. Taiwan’s status is too fragile and too contested for that: The latent identity cleavage exists, and at some point, it will resurface as a major driver of Taiwanese mass political behavior and elite political competition.

My confidence is based on this observation: At the same time that both major parties have, for different reasons, been downplaying Taiwanese identity, something remarkable has been happening in the way that Taiwanese people see themselves. Reliable academic surveys have been asking representative samples of Taiwanese people at regular intervals for two decades how they define their own identities. From the early 1990s, the trend has been away from identifying as solely Chinese to a combination of Chinese and Taiwanese, and finally, in recent years, a majority of people identify as Taiwanese only. This is partly the result of demographic trends, but as the links between China and Taiwan have increased via business and tourism, the feeling of being distinctly Taiwanese has become stronger. Instead of bringing them closer together, exposure to their “cousins from across the Strait” has increased Taiwanese peoples’ feeling that they are different from “Mainlanders,” even when they identify with aspects of Chinese culture. The unmistakable trend in Taiwanese public opinion is a real concern for proponents of unification.

Taiwan analysts in the PRC acknowledge as much, and are more concerned by fundamental opinion trends than they are by the prospect of a DPP win in 2016, which they believe they have the means to manage more effectively than they did Chen. If any changes in Taiwan’s political status will ultimately have to be put to popular vote, as both major parties in Taiwan currently promise, the strength of Taiwanese identity would be inconvenient for the unification cause to say the least. Since the Taiwanese have rebuffed China’s solicitation to think of themselves as estranged members of the same family, Beijing has increasingly put its faith in being able to reduce Taiwanese reluctance to consider unification to a question of mere economics. China has plentiful financial reserves and has demonstrated in its diplomacy elsewhere in the world that it has little compunction about using money to facilitate its favored outcomes. The DPP and civil society groups have been warning for several years of the intensifying flow of Chinese money into many sectors of Taiwan’s economy, politics and society. The receding salience of Taiwanese identity, an issue on which China has nothing to offer most Taiwanese, in favor of economics where it has substantial advantages, would be a welcome development for Beijing.

Notwithstanding underlying trends in public opinion, a spate of recent academic publications suggests that this may indeed be happening. They suggest that a new economic cleavage based on class has not just mitigated national identity, but has replaced it. Because of the unusual equality of growth during Taiwan’s “economic miracle,” combined with the dominance of national identity during the democratization process, class has not been particularly salient in Taiwan. But since the global financial crisis, exacerbated by ECFA, Taiwan has seen the emergence of inequalities that it hasn’t witnessed in generations. The reality for many Taiwanese is stagnant or declining wages, unaffordable houses, unemployment, poor social mobility and feelings of relative deprivation and economic insecurity. Reflecting on these developments, Tsinghua University scholar Zheng Zhenqing says that “under the influence of the global financial crisis, a new axis of class politics has emerged.” Wu Yushan at Taiwan’s Academia Sinica agrees that “class politics based on wealth gap has become new driving force of party politics [. . .] the dominant social cleavage [has shifted] away from identity towards distribution.” Qi Dongtao at the National University of Singapore similarly argues that class divisions and class awareness have increased dramatically since ECFA. When the global financial crisis decimated Taiwanese exports, President Ma and the KMT promoted growth by opening up to the Chinese economy via the vehicle of ECFA.

Although the Taiwanese economy rebounded in 2010, it was a recovery that was mostly unfelt by the middle and working classes. Those with capital and mobility benefitted from increased opportunities, the rest did not: On a battery of economic and lifestyle indicators Ma has performed worse than the second Chen administration. The failure of ECFA on purely economic grounds allowed the DPP, which promotes a balance between growth and distribution, to take on the role of protector of social and economic justice. Research shows that the DPP is increasingly seen as the party of the people in contrast to the perception of the KMT as the party of the rich and powerful. This was borne out in voting behavior in the 2012 presidential election: People who felt they were worse off voted for the DPP controlling for identity variables. Despite this, the DPP was unable to win in 2012. Given Ma’s controversial and unsuccessful policies, trends in public opinion and the KMT’s lack of attractive candidates, the DPP’s nominee (Tsai Ing-wen, a DPP “moderate” who performed well despite losing in 2012, is the favorite) should be a lock for 2016. That she isn’t says something about the DPP’s post-Chen malaise, and something about Taiwanese politics, where structural inequalities built into the system during one-party rule continue to benefit the KMT.