The Taliban and the Changing Nature of Pashtun Nationalism 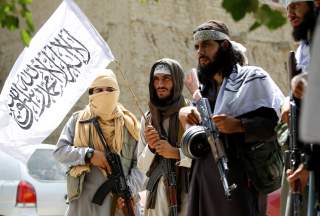 With American withdrawal from Afghanistan distinctly on the cards, it is imperative that one makes an objective assessment of the future of Afghanistan by factoring in the variable of Pashtun nationalism now primarily represented, even if in distorted fashion, by a resurgent Taliban. What has given the Taliban’s appeal potency is its ability to couch in religious terminology traditional Pashtun aspirations for dominance in Afghanistan as well as the tribes’ aversion to foreign interference in their land. Both these factors have been constants in Afghan politics going back at least to the nineteenth century. They are likely to continue to assert themselves with great vigor following the American withdrawal.

Most Pashtuns, who comprise over forty percent of the population of Afghanistan, believe that they are the rightful rulers of the country based on the history of the past three hundred years when Pashtun dynasties ruled Afghanistan most of the time. While the Persian-speaking Tajiks, who form around a quarter of the population, are more urban and educated than the Pashtun tribes and staffed a substantial portion of the Afghan bureaucracy, the ruling dynasties were invariably Pashtun.

What many Pashtuns considered to be the “natural” political order in Afghanistan was radically altered, first by the Soviet invasion of 1979 and then by American assault in 2001 that was aided by the largely Tajik Northern Alliance that became the de facto ruler of the country in the initial period after the invasion. These events rankled the Pashtun tribes and the elites representing them and were in part responsible for the emergence of the Pashtun Taliban in 1994. The immediate causes for the advent of the Taliban were a reaction to the fear of Tajik domination and the mayhem and anarchy produced by the “mujahedin” factions fighting each other for control of Afghanistan after the Soviet withdrawal. The Taliban imposed a degree of order and ruled approximately three-quarters of Afghanistan from 1996 to 2001. Despite their distorted interpretation of Islam and violent behavior, they succeeded in providing a degree of dignity to the Pashtuns who appeared in control of the country’s destiny once again.

Pashtun resentment against foreign intervention, which drove their opposition to the Soviet invasion and now fuels antipathy towards American military presence, has a long history going back to their resistance to British intrusion during the nineteenth century. It was heightened by the British success in dividing the Pashtun lands in eastern and southeastern Afghanistan by drawing the Durand Line that attached a large portion of Pashtun populated territory to British India, now Pakistan. This drastically reduced the Pashtun demographic superiority in Afghanistan. Opposition to the Durand Line was the principal reason why Afghanistan cast the lone vote against Pakistan’s admission to the United Nations in 1947.

Traditionally, Pashtun nationalism in Afghanistan was based on ethnicity, tribal loyalties and the commitment to Pashtunwali, the traditional tribal code of ethics. It was not driven primarily by religious beliefs. This explains Afghanistan’s antagonism toward fellow-Muslim Pakistan in the first three decades of the latter’s existence. Before the Daoud coup of 1973 that overthrew the monarchy, the government was normally restrained in its hostility toward Pakistan, which was mostly limited to bouts of anti-Pakistani rhetoric. However, Pashtun parties, such as the Afghan Millat, were far more uninhibited in their expressions of animosity toward Pakistan over the irredentist “Pashtunistan” issue. Nonetheless, the two countries came to the verge of armed conflict several times, especially after Sardar Daoud Khan, who represented a much more Pashtun nationalist position, took power in Kabul in 1973.

The Soviet invasion of Afghanistan in December 1979 fundamentally changed the nature both of Pashtun nationalism and its relationship with Pakistan. It led to American and Saudi support for the Afghan insurgency with Pakistan acting as the conduit for American arms and Saudi financial support to the tribes fighting the Soviets and their proxy government in Kabul. It also led to the import of Saudi-Wahhabi ideology through madrasas set up with Saudi funding for refugee children on the Pakistan-Afghanistan border. The Taliban (literally students) were products of these madrasas. These madrasas preaching the Wahhabi form of Islam infused Pashtun nationalism with an extremist version of political Islam that combined with Pashtun fears and aspirations came to define the Taliban phenomenon. This had far reaching implications for the nature of Pashtun nationalism in both Afghanistan and Pakistan.

Simultaneously, the Soviet invasion altered the nature of Pakistan’s relationship with Pashtun nationalism, turning it from hostility to support and sustenance. Pakistan’s support to the tribal insurgency against the Soviet invasion made the Pashtun tribes dependent on Pakistani goodwill and also changed Pakistan’s image among Pashtuns from potential enemy to reliable friend. Pakistan saw the mayhem in Afghanistan following the Soviet withdrawal as a great strategic opportunity and extended military and political aid to the Pashtun Taliban that emerged from Kandahar in 1994. This strategy culminated in the installation of the Taliban regime in Kabul with Pakistan’s military help in 1996.

The Taliban in power provided Pakistan with strategic depth in the event of a future conflict with India that Pakistan had been seeking since its dismemberment by Indian arms in 1971. It also offered Pakistan the opportunity to use Afghan territory and tribal manpower to establish and train terrorist organizations that were used in Indian-administered Kashmir that has been in turmoil since 1990. Equally important, Pakistan’s support to this religiously inspired manifestation of Pashtun nationalism largely solved the problem of Pashtun sub-nationalism within Pakistan by portraying Islamabad not as a suppressor of Pashtun ethnic aspirations but as the natural ally of Pashtun political ambitions.

Although Pakistan ostensibly changed course under American pressure in 2001 and joined Washington’s “War on Terror”—thus once again alienating the Pashtuns—it clandestinely kept supporting Taliban factions within Afghanistan that were combating American and allied forces thus keeping some of its credibility among the Pashtuns intact. It also gave refuge to the Taliban leadership who made Quetta in Baluchistan its new headquarters. Despite American anger at Islamabad’s duplicity, this strategy paid Pakistan good dividends that are likely to increase with the anticipated American withdrawal. Pakistan is likely to end up as the primary power broker in Afghanistan in the wake of the American departure.

Although polls show that the majority of Afghans do not support the Taliban, the divided and infirm nature of the nominally ruling dispensation and its corruption and inefficiency has helped the Taliban gain renewed support among parts of the Pashtun population. Added to this is the vicarious satisfaction that many Pashtuns feel at the Taliban’s defiance of what they consider to be the American installed government in Kabul. This makes the Taliban a viable political force in Afghanistan.

The resurgent Taliban are driven only partly by religion. They are motivated equally, if not more, by the search for Pashtun dignity and revenge. While they are not in a position to rule over the entire country, and certainly not the urban areas, they do control large swaths of the rural areas in the predominantly Pashtun provinces of eastern and southeastern Afghanistan. In other words, they are in a position to make the country ungovernable and indefinitely continue the civil war especially because of their control of the drug trade that finances their military activities and helps them buy acquiescence if not active support. The withdrawal of American forces will provide the Taliban greater opportunity to expand their area of operations and will give them larger bargaining clout within the fractured Afghan polity.

Therefore, it is important that the Taliban must be consulted and included in the construction of any future dispensation in Afghanistan if it is to remain viable. The Trump administration is cognizant of the fact that the Taliban cannot be wished away and that a durable peace in Afghanistan can only be constructed on the basis of their participation. Washington has reached this conclusion both on the basis of the Taliban’s demonstrated staying power and its ability to disrupt any political order that does not satisfy at least some of its goals.

Consequently, the U.S. president’s special envoy for Afghan Peace, Zalmay Khalilzad, has met with representatives of the Taliban in Qatar twice in recent months. Whether these meetings will bear fruit is anybody’s guess. But it is a healthy sign that Washington has finally woken up to the fact that the Taliban is an indispensable part of the Afghan political landscape and must be included in the fashioning of the country’s political future. However, the U.S. administration has to go beyond merely recognizing the disruptive capacity of the Taliban and realize that they do genuinely express the political goals of a substantial segment of the Pashtun population, by far the largest ethnic formation in Afghanistan, and that Afghanistan cannot be ruled effectively without adequately satisfying Pashtun aspirations.