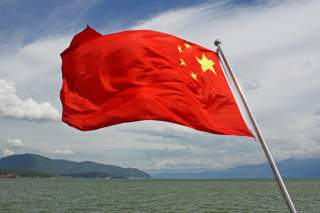 Hainan Province is using the fishing industry as a launching pad for the nation’s consolidation of the South China Sea (SCS). It is one of many measures—such as strengthening maritime law enforcement forces, enhancing administrative measures, augmenting infrastructure through island building, and delivery of 3G cellular coverage—but one with particular potential. China’s fishing industry and the world’s largest fleet that it wields has been an important foreign policy tool in Beijing’s repertoire since much of China’s historic claim on the SCS and current presence therein hinges on fishing activities. The fishing fleet’s political and strategic role has been given special significance and potential by China’s widespread employment of a relatively unknown paramilitary organization: the maritime militia.

Maritime militia building dates to the founding of the People’s Republic, when the People’s Liberation Army Navy (PLAN) had only the most basic naval capabilities. KMT blockading of mainland ports and depredations against merchant vessels along the coast forced the PRC to arm and prepare its fishermen militias, not only to protect themselves but to also aid early PLA ground and naval operations. During the tumultuous periods of the Great Leap Forward and the Cultural Revolution, the fishing fleet saw ever more importance as high-end naval capabilities were targeted as tools of “the imperialists.” Desperately needed as providers of food during the long periods of famine, China’s fishing fleets were relatively insulated from political attacks. They saw employment in early PLAN coastal operations to recapture KMT occupied islands, surprise attacks against KMT naval ships, and later in the 1974 Battle of the Paracels.

Despite the leaps and bounds achieved by China’s Navy and Coast Guard forces in recent years, maritime militias still form “an irreplaceable force ” within China’s maritime armed forces. There are increasing efforts to organize, standardize and normalize their utilization in support of broader foreign policy goals, inserting additional options into Chinese military and government leaders’ playbooks. They also have a particular set of advantages that allows their employment when professional, more visible maritime forces would create political costs that could trigger anti-China coalition building in neighboring countries.

Heading up the charge to build Hainan’s Maritime Militias is Luo Baoming , the provincial party chief; followed by a number of officials, most notably former Director of the State Oceanic Administration Liu Cigui. At the center of this effort are the newly founded Sansha prefecture-level city, its mayor Xiao Jie , and Maritime Militia Company, established in July 2013. This all comes on the heels of General Secretary Xi Jinping’s historic visit to the small fishing village of Tanmen in Qionghai County during his tour of Hainan Province in April 2013. There he listened to the fishermen’s stories and visited the local Maritime Militia Company’s museum exhibit. Xi’s commendations and instructions to this famous company have sparked a fury of Militia growth in Hainan Province. Subsequently Hainan’s government, party and military jointly promulgated “Opinions on Strengthening Maritime Militia Construction” in 2014 to legislate the guiding spirit Xi articulated on his visit. Such legislation serves to fund and promote local counties to organize and recruit maritime militias, largely for the express purpose of protecting China’s sovereignty and maritime interests in the SCS.

Seen as brave patriotic mariners opposing incursions by foreign navy and coast guard vessels, and aided by the political steamroller that is executing China’s long-term strategy of becoming a great maritime power, these grassroots actors joining paramilitary organizations are creating a grey area difficult for other navies, or even coast guards, to deal with. They constitute a portion of a multipronged effort directed at the SCS, which includes the Paracel Islands, the Zhongsha Islands, and the Spratly Islands, and could be described as forming a united front outwards from China’s “Southern Gate” designed to solidify China’s position in the SCS.

The humble Tanmen Maritime Militia may seem like a small organ in the vast body that constitutes China’s maritime forces, but its ability to pioneer techniques and serve as a model for the thousands of other maritime militias along China’s coast—in coordination with China’s more professional forces—should not be overlooked. China’s government and military leaders, Xi foremost among them, emphasize its value.

Who, and Where, are the Tanmen Militia?

The yearly Bo’ao Forum for Asia , China’s answer to the World Economic Forum in Davos, trumpets Asian integration and internationalist ideals. Yet just a few miles to the northeast of its permanent headquarters in Bo’ao Town lies the seat of a decidedly nationalist power base resolutely opposing internationalism in the SCS: Tanmen Village. A day after delivering the keynote address at the 2013 Bo’ao Forum Conference with a speech advocating the cooperative and peaceful development of all Asian nations, Xi traveled to the fishing hamlet to inspect its Maritime Militia Company. This unit’s relentless work in safeguarding China’s maritime rights in recent years has received much Chinese leadership attention. Created in 1985, Tanmen Maritime Militia Company has over the years received more than twenty separate awards from central, regional and provincial military authorities proclaiming its status as an advanced militia work unit. Having established his own maritime militia company in Sansha City, Sansha City Mayor and Party Secretary Xiao Jie led a delegation to Tanmen Village in November 2013, visiting the fishing harbor and Tanmen Maritime Militia Company’s history exhibit, no doubt in an effort to emulate its success back home.

As of March 13, 2015, Tanmen Village had already received seventeen of its twenty-nine preordered 500-ton displacement steel-hulled fishing trawlers, fully equipped with high-tech navigational and communications equipment, and a minimum cruising range of 2,000 nautical miles. These vessels have sufficient supplies to remain at sea for months on end, and would represent valued additions to many regional states’ coast guards. For example, the San Juan-class patrol craft operated by the Philippine Coast Guard is not much larger. Considering the poor state of the Philippines’ civil maritime forces and the vast maritime territory they must patrol, a fleet of modern, durable fishing trawlers serving as auxiliaries would be of great value. In a village of less than 30,000 people, by contrast, the fishing population of Tanmen now has over 8,500 people and 300 vessels involved in the development of the Spratlys. One of the Tanmen Maritime Militia personnel now leads caged aquaculture (raising fish in netted cages in open water) in the Crescent Group of the Paracels.

The provincial government is pushing to build up Tanmen Village and improve its fleet and militia capabilities. The Qionghai City government promulgated “Opinions on the Implementation of Accelerating Tanmen Village Construction Development,” meant to provide a series of preferential policies for militia, vessel, and maritime economy investment and development. Other specially allocated funds by the government have gone toward establishing a militia company headquarters, building newer, larger vessels with modern communications equipment, and improving the quality of training of militia members. One Tanmen fisherman reports that regarding vessel construction subsidies, of the 5 million RMB it takes to build a 500-ton modern trawler, the central government provides 1.5 million, the Qionghai City government 300,000. There are even subsidies for diesel fuel, showing the extent to which Hainan authorities desire a modern fishing fleet that can not only increase fish netted but also form an organized militia force protecting China’s “blue territory.” The company headquarters actively reinforces the concept of “blue territory consciousness” in its members, often described by the Tanmen Militia as the seas being their fields and their boats as their homes, reflecting a guerilla-type ideology in repelling foreign incursions.

Historically, most Chinese fishermen lived on their vessels, a trend the early Communist government sought to change, since many fishing families would put to sea and subsequently defect to Hong Kong, Taiwan, or Southeast Asia. To ensure party control of this floating population, the Chinese government in the 1950’s imposed fishing collectives, indoctrination programs and rules to monitor fishing vessels at sea. The First Five-Year Plan and subsequent regulations included measures such as requiring two family members to live ashore while their vessel was out to sea; stationing Party members aboard during operation; and having fishing vessels in groups of ten self-monitor to report aberrant activity, with the community liable for individuals’ actions. An important focus was the political indoctrination of fishing communities and some merchant mariners to ensure the seaborne masses would remain loyal and not fall prey to foreign influences. The communist government sought to gain fishing communities’ trust, as they would later become valuable auxiliaries against the KMT naval forces that regularly raided mainland shores. Seaborne threats still loom large in Chinese leaders’ minds.