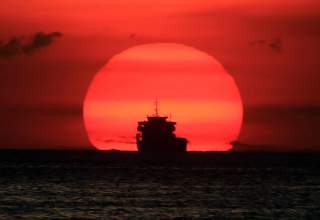 There’s a great deal that is odd about the current administration’s trade-and-tariff policy. The loud proclamations about punitive tariffs that turn out to be smaller, or different, than what was advertised. The tweeted assertions that key allies are ripping off the United States, never followed by actual policy proposals. The pledges of “great” new bilateral agreements—with Japan, Korea, the UK—that never materialize as proposals or negotiations, let alone agreements. The pronounced shift toward open trade in public opinion among Democrats and Republicans, even as the president continues to inveigh against it.

One of the oddities that is less well-covered, though, is the dearth of opposition to the president beyond “don’t do that.”

You couldn’t fill a Chinese-made sedan with members of Congress who think Beijing plays fair on trade, from either party. Nor could you fill a Chinese tour bus with members who are blithely unconcerned about Chinese industrial espionage and its effects on our national security.

Logic would dictate that—being a large, diverse country with two parties and several factions—we should have concrete alternative proposals to debate. After all, we have at least three sets of ideas in discussion for what to do with the Iran Deal—keep it, fix it, nix it—and more proposals for the Korea talks than the administration has Korea hands.

But on the question of dealing with our trade troubles with China, all we have are slogans from the 2016 elections. Paralysis has gripped American thinking on international economic policy, across the aisle.

That is bad for three reasons.

First, the rest of the world is moving on to foster its own economic interests. After the United States pulled out of the Trans-Pacific Partnership, the other nations involved reworked the agreement and signed it among themselves. (Both Japan and South Korea politely declined to negotiate bilateral agreements with the United States instead). China is moving aggressively ahead with its own web of trade and investment deals. And our partners in Canada and Mexico, who have their own ideas about renegotiating and improving NAFTA with us, are thinking through how to manage without us.

Second, a United States that can’t decide how to pursue its interests abroad, and can’t propound a consistent strategy to friends and foes alike, is not just going to be less prosperous—it is also going to be less safe. This is the most basic level at which security and economics intersect: a country that can’t say what it means, and doesn’t mean what it says, is not a country that will be respected. The Trump administration, in between secretaries of state and national security advisors, and very thin on Asia expertise, seems unlikely to have weighed carefully how to time economic pressure on China against maintaining a united front with China as talks with North Korea approach. Perhaps it is no accident that Kim Jong-un’s train made its way to Beijing as more tariff plans were announced.

Third, and most important, Americans across the board want jobs that produce growth and stability for the middle class. Majorities tell pollsters they favor economic engagement overseas—at the same time they tell members of Congress that they don’t trust specific deals and don’t believe government is acting in their best interest. A politics that fails to offer them options—or any new ideas on how to make incomes outside the top 10 percent rise again—is a recipe for more cynicism, less faith in democracy, and more insecurity.

Although you’d never know it from the White House deliberations, policymakers do have a whole spectrum of policy alternatives—and outside the usual suspects, a new generation of economic thinkers have ideas that are worthy of consideration.

Some of them are painfully obvious—it will be easier to take on the biggest problem actor with a large coalition of trading nations that for any single nation. The Obama administration failed to bring the Trans-Pacific Partnership across the finish line to create common standards, but that doesn’t mean there are no other ways of marshalling global economic power to push China or others toward better behavior. Indeed, it was reported that the Group of 20 economic gathering had been quite interested in going in this direction—until the Trump administration’s unilateral actions and the affects of those actions on G-20 members overtook the conversation, leaving no time for China or anything else. It turns out, unsurprisingly, that a blind faith in unilateralism is no better than an excess of trust in multilateralism. We may yet discover that it is worse.

Tariffs, it has been often noted, are a rather blunt instrument. Jennifer Harris of Brookings argues for developing a broader tool box, and for moving from tit-for-tat reciprocity to an approach that asks, “What does Beijing value, and how can we put pressure on that to get the progress we most prioritize?” (Hint: tariffs that result in damage to our own automotive and construction sectors are likely not the answer.)

Longer-term, pro-trade voices on the left and right often find themselves arguing for both the structural soundness and the security value of existing trade institutions. As trade infrastructure has come under threat, the instinct has been to double down on those arguments. Often, though, they are outdated. Duke University’s Bruce Jentleson issues a stern warning about the Bretton Woods generation of institutions: “We should realize that there is no going back to the role and system we reveled in before, that its heyday was ending.” For better and worse, this means that where Washington could pursue institutional arrangements that would better secure the needs of its citizens in the post–post–Cold War era, there is little reason to argue that the arrangements as they exist must not be challenged. Indeed, China, Russia, India and others are already challenging them.

Lastly, our debate is unhelpfully frozen because our assumptions about core goals are out of date. The United States was a lead architect of the current system and enjoyed enormous economic advantages over a world emerging from war, colonialism, or both, as well as when large majorities of Americans supported economic sacrifices in the name of keeping Communism at bay. Neither of those conditions obtains any longer, but too much rhetoric about trade sounds as if they do. The party or faction that can explain to Americans how what we do abroad connects to their livelihoods and security at home tomorrow, not yesterday, will find itself very well situated in the years to come. Right now, though, Donald Trump has no competitors in that category. And that should worry the most ardent free traders and the most ideological fair traders just about equally.