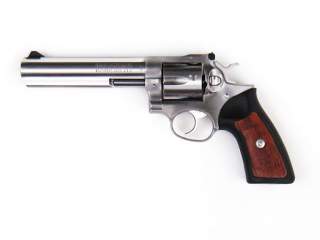 One would get the impression listening to gun control advocates or, indeed, to President Obama and those Democrats vying to succeed him that the United States is in the midst of an epidemic of violence; awash in blood with murderers and mass killers roaming the streets carrying guns they've bought at gun shows, over the Internet or from crazed neighbors. In fact, many Americans share this view. A recent Pew poll asked respondents if they believe the U.S. homicide rate has gone up or down over the last twenty years. Fifty-six percent of those polled said it has gone up and only twelve percent believed we are safer today than two decades ago.

The perception here and abroad has little to do with reality and a lot to do with political grandstanding. In fact, over the last twenty years or so the U.S. homicide rate has not just receded, but has been cut in half. The United States does indeed have a higher homicide rate than some industrialized nations in Europe and Japan, but is very, very different in size and complexity to those nations usually cited by those who wish to blame guns for the differences.

Here is one simple fact for those who blame firearms ownership and availability in this country for the murder and violent crime rate that plagues some of our major cities: while crime and violence were being cut in half, gun ownership was doubling.

It is too simple to claim that there is less violence in the United States today because more of our citizens are armed, but it is clear that there is no correlation between the number of guns in private hands with either the murder or violent crime rates as claimed by most gun control advocates.

The president likes to talk about ‘gun violence’ which is something that includes firearms accidents, suicides and those killed with guns. There are statistically very few firearms accidents in this country thanks to safety training and common sense. Two-thirds of all gun deaths are suicides and while some claim that making it more difficult for potential suicides to get guns would decrease the total number of suicides, international data suggest otherwise. That leaves two additional categories although former New York Mayor Michael Bloomberg's groups lump those killed by police and even the death of the Boston Marathon Bomber as a firearms homicide. They are criminal gun violence and so-called mass shootings.

Criminals using firearms are the biggest problem, but it is a problem we as a society know how to handle. If a thug walks into a convenience store with a gun and robs it, he has committed both a state and federal crime. Robbery is a state crime, but committing a felony with a firearm is a federal crime and prosecutable as such with a five year minimum sentence. A felon in possession of a gun is also prosecutable and can get five to ten years for having one in his possession.

Back in the nineties, the NRA partnered with law enforcement officials and prosecutors in Richmond, Virginia, which was at that time listed as America's murder capital. The message was simple. Use a gun to commit a crime and you will get five years in a federal penitentiary with no possibility of a plea bargain. The murder rate dropped 32 percent the first year and another 20 percent the next, but the U.S. attorney who participated in what came to be known as “Project Exile” was criticized by Eric Holder, then Deputy Attorney General, for wasting prosecutorial resources.

Today felons or criminals using firearms are rarely prosecuted by the federal government. In fact, today's U.S. murder capital is Chicago, the jurisdiction with the lowest rate of such prosecutions. Before President Obama issued his recent series of “Executive Orders” on gun violence, it was suggested that they would include instructions to U.S. prosecutors to begin charging gun criminals under existing law. That idea was dropped in favor of actions that don't target criminals, but will make it harder for non-criminals to buy firearms.

The final category involves mass shootings such as the killing at the Sandy Hook Elementary School and the Washington Navy Yard. These tragedies rarely if ever involve criminals. They are invariably perpetrated by the severely and dangerously mentally ill. This category of violence is the most difficult to deter or prevent, but beefed up school security, getting the states to put the most potentially dangerous into the background check system and rebuilding the U.S. mental health system are the keys to dealing with them.

The American people are lucky in that the nation's founders wrote the age old right of self defense into our Bill of Rights. Many nations don't recognize such a right, but Americans do. It is estimated, in fact, that as many as 200,000 crimes are deterred in a typical year by armed potential victims. It's why in every jurisdiction that has legalized what we call ‘concealed carry’ has seen a drop in violent crime. Burglars don't break into a house with a Rottweiler in the yard and are reluctant to use violence against a man or woman who just might be able to fight back.

David Keene is the opinion editor of the Washington Times and a member of the board of the Center for the National Interest. He additionally served as chairman of the American Conservative Union and president of the National Rifle Association.