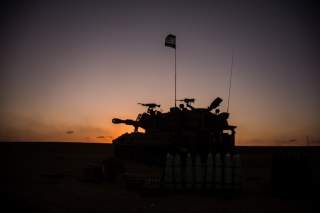 On August 26, after more than fifty days of fighting, the latest phase of the Israel-Hamas War ended with an Egyptian-mediated ceasefire. It will be months, if not years, before the ramifications of the 2014 war will become clear and fully apparent. At this early point, just over a week after the ceasefire was announced, any assessment of the violence must be considered tentative at best. The following are a number of early reflections on this recent explosion of Palestinian-Israeli violence:

First, as reflected in the ceasefire agreement, neither Israel, nor Hamas has gained anything significant from the violence. Hamas may have gained a modest expansion of fishing rights for Gazans and may gain some improvement in the ease of movement and access of people and goods into and out of the Gaza Strip. Israel may eventually gain some tightening of the constraints on the smuggling of weapons and ammunition into the Strip. None of these constitute strategic gains.

Hamas did not gain any significant change in Gaza’s isolation—neither its demands for building a seaport, nor for the rebuilding of the airport were accepted. Similarly, there is little hope that Israel’s wish to see the Gaza Strip demilitarized will ever materialize. Talk of a grand bargain in the framework of which Hamas will agree to disarm in exchange for massive reconstruction of the Gaza Strip will most likely remain just that—talk.

A second prism leading to the conclusion that neither side has gained anything significant in the war is that the fighting ended not because one or both sides had achieved their objectives, but rather because at some point, Israeli and Hamas leaders concluded that there was no point to the war’s continuation. Namely, that more fighting with its associated costs were not likely to yield a different result. Given its limited resources and unlimited aims, Hamas could not coerce Israel into making significant concessions merely by increasing Israel’s pain and suffering incrementally through the further use of rocket fire. Its attempts to increase Israeli costs dramatically through a “game changer”—the imaginative use of “attack tunnels”—was defeated by a combination of Israeli technology and the agility of the IDF’s response teams.

Similarly, Israel was unlikely to coerce Hamas into submission by conquering additional neighborhoods in the outskirts of Gaza City. Yet it was reluctant to attempt to do this through a “game changer” of its own: a deep penetration of the heart of Gaza by ground forces in an attempt to destroy the command and control structure of Hamas’ military arm. This reluctance was fueled by four concerns: First, the expectation that such a strike would be associated with very high casualties on both sides; Second, unwillingness for Israel to find itself once again holding a population of 1.6 million Gaza Palestinians against its will; Third, huge uncertainty about an “exit strategy”—what would allow Israel to end its reoccupation and leave? And finally (and perhaps most importantly), fear that with Hamas destroyed, the IDF’s eventual withdrawal would leave Gaza completely chaotic and Jihadi groups far worse than Hamas would enjoy an ideal breeding ground.

The third insight is that no factor seems to have played a greater role in determining the parameters of the war than the dramatic changes witnessed in the broader Middle East in the aftermath of the so-called Arab Spring. Most importantly, Hamas found itself completely alone in the fight. No Arab or non-Arab state and no significant nonstate actor came to its assistance and no significant expressions of mass sympathy with Hamas could be observed. Indeed, it is remarkable that the few pro-Hamas demonstrations in Europe during the war were far larger than anything seen in the Middle East during the fighting.

Hamas’ isolation resulted from three factors: First, its decision in late 2011 to side with the rebels in Syria and to relocate its headquarters away from Damascus. At the very least, the decision alienated Syria’s Assad regime, Iran and Hezbollah who saw Hamas’ behavior as nothing short of betrayal. Second, the July 2013 counter-revolution in Egypt resulted in a new regime which regards the Muslim Brotherhood as an existential threat. As Cairo’s new leaders view Hamas as an arm of the Brotherhood, by implication it has also come to be regarded as a threat to Egypt’s national security. Third, the disintegration of some Arab states—notably Syria, Iraq and Libya—and the inward focus of all other Arab states produced an environment in which the fate of Hamas was not a priority for any important player in the Middle East.

Another important determinant of the war’s course and consequences was the dysfunctional domestic politics of both Hamas and Israel. In Hamas’ case, the geographic split between the leadership in Gaza and Khaled Mashaal’s residence in Qatar proved a serious obstacle to ceasing the fire. Backed by Qatari money, Mashaal took a hard line in the talks to end the fighting, in the hope of extracting what Israel would never yield. In the end, the decision to accept a ceasefire was taken by Hamas’ Gaza leadership, sidelining, if not altogether ignoring, the objections that Mashaal raised.

Similarly on the Israeli side, Israel’s prime minister seemed to be challenged by members of his own cabinet as much as by Hamas. Immediately after the abduction and killing of the three Israeli teenagers in June, right-wing politicians began to argue that Netanyahu’s response was weak, hesitant and indecisive. Later and throughout the fighting, Foreign Minister Avigdor Lieberman and Economics Minister Naftali Bennett openly disputed the limited operational objectives defined for the IDF—suppressing Hamas’ rocket and mortar fire, locating and destroying the attack tunnels, and restoring Israeli deterrence. Instead they argued for ordering the IDF to defeat and destroy Hamas. Not surprisingly, both took strong objection to Netanyahu’s decision to accept the ceasefire proposal. “Without destroying Hamas,” argued Lieberman, “another round of fighting is only a matter of time.” Needless to say, the specter of a foreign minister keeping his office despite having criticized his prime minister’s policy in no uncertain terms is without precedent even in the Western world.

These attacks seemed to have been successful, with negative consequences for Netanyahu as well as for Israel at large. In the short term, the attacks sank Netanyahu’s approval rating to its lowest point. This was partly because many Israelis were persuaded that in dealing with Hamas their prime minister was indeed weak, hesitant and indecisive. But equally, as he tolerated his right-wing opponents’ attacks, Netanyahu seemed increasingly to have lost control over his own government, thus giving ammunition to critics on the left who argued that he was weak, hesitant and indecisive. But even more important, in the immediate aftermath of the war, the attacks forced Netanyahu to attempt to restore his credibility and credentials as the leader of Israel’s right wing. He did this by allowing the decision to confiscate a thousand acres of land in the West Bank, presumably for additional settlement construction.

This decision is bound to have two interrelated strategic consequences: first, increasing Palestinian despair regarding the prospects of resolving the conflict with Israel. Now more of them are convinced that Netanyahu was never serious about his stated commitment to a two-state solution. Second, further weakening PA President Mahmoud Abbas by making him appear as collaborating with Israel’s continued occupation. Thus, any Israeli hopes of strengthening Abbas as a long-term strategy of building him as an alternative to Hamas were discarded under the short-term pressures to restore Netanyahu’s right-wing credentials.

The negative international reaction to the postwar land confiscation further exacerbated the most consequential of Israel’s losses during the almost eight weeks of fighting: Hamas seems to have won the so-called “war of the narratives.” In the latter arena, Israeli assertions that the large number of civilian casualties in Gaza resulted from Hamas’ strategy of using human shields to protect its weapons and command structure—hiding their rocket launchers and commanders in homes, schools, mosques and hospitals—could not overcome the negative emotional resonance of the observable mass devastation of Gaza’s neighborhoods as reflected in international media photos and footage.

Finally and possibly most tragic of all, at the end of the fighting, Israel and Hamas both remain locked into their prewar strategic impasse. As long as Hamas continues to adhere to its ideological rejection of Israel’s right to exist and thus to its unlimited aims, Israel will not make any concessions that dramatically improve Hamas’ capacity to meet the minimal aspirations of Gaza’s population. And as long as Israeli policies—especially its continued settlement construction—continue to undermine any prospects for implementing a two-state solution to the conflict, Palestinians will continue to resist “occupation,” thus making another violent clash unavoidable if not inevitable.

Shai Feldman is the Judith and Sidney Swartz Director of Brandeis University’s Crown Center for Middle East Studies and a Senior Fellow at Harvard University’s Belfer Center for Science and International Affairs.