The African Union Deserves Another Look 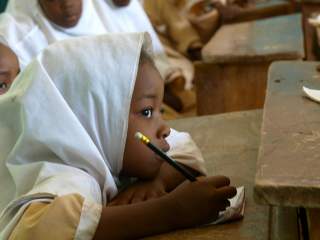 In Western public discussions today, the word “refugees” triggers an association with Syria; “terrorism,” ISIS and Iran; and “democracy,” an inwardly focused debate about the implications of a wave of populism on governance in the United States and Europe. But survey the globe, and think ahead a few years, and you’re likely to encounter a more dire and momentous challenge with respect to all three, in which Westerners are more vested than they might realize: the future of Africa.

The poorest continent is home to refugee crises forgotten by the world that dwarf the tragedies of the Levant: over a million in South Sudan, 250,000 in one refugee camp in Uganda alone, and scores of others. As to terrorism, according to the latest issue of the Global Terrorism Index, the deadliest jihadist group by sheer number of human casualties isn’t ISIS but Nigeria’s Boko Haram—and among the eighteen ISIS branches that the National Counterterrorism Center has designated “fully operational,” eight are in Africa. At the core of these crises, in turn, lies a failure of governance: autocracies holding egalitarian principles in contempt prejudice religion and ethnicity over merit, and literally steal more resources than they disburse.

The magnitude of these crises ought to give pause to the present fixation on refugees from one or two countries on the Arab world’s eastern flank. Moreover, the fact that so many more victims of jihadism and state failure are African Christian or animist than Muslim raises questions about the present-day fixation on the destitute of one faith to the exclusion of others.

I’ll toss out another term that conjures an almost uniform association. Say “African Union,” and most picture a coalition of kleptocracies who gather only to pontificate but can’t unite even to save themselves. Yet this image, too, stands in need of an adjustment, and the White House should take notice of the reasons why.

They begin with an altogether different trend in Africa that has begun to inspire hope, and which the United States and other great powers should notice and encourage, even if only as a matter of self-interest. Several countries on the continent have begun to get their act together, mending internecine rifts and reforming economic and governance structures. What’s more, they’re injecting new energy into the African Union as a vehicle to spread their own best practices to other countries in the neighborhood.

A handful of African countries that have developed inclusive governance structures and grown their economies by investing in their populations typify a larger cluster of countries south of the Sahara—six in all—that are now among the thirteen with the highest annual growth rates in the world. Watch these countries in action at the AU: They’re calling for security-sector reform and interoperability across borders to counter jihadists. They’re calling out corruption and demanding change lest neighboring basket cases bleed into their territory. They’re offering to help and advise other nations on reforming their own economic and governance structures.

Another robust player in the present-day AU is my country, Morocco. We recently rejoined the organization after thirty-two years in which we were politically isolated from its leadership: during the Cold War, Soviet-allied Algeria served as Moscow’s vanguard on the continent, and worked through the AU to isolate pro-American Morocco from its African brethren. (The Algerian-backed Polisario separatist militia, laying claim to half Morocco’s map, was used as a leftist revolutionary symbol in AU politics.) A generation later, these problems are beginning to fade. Oil-rich Algeria, now poor and corrupt, long ago ceased to inspire its neighbors. Meanwhile, Morocco’s constitutional monarchy has developed pluralistic governing structures, grown its economy and empowered civil society. King Mohammed VI has devoted enormous resources into a new push for regional integration and investment in Africa, circling the continent on economic development and security missions over a dozen times. He believes in strengthening and securing the continent as a matter of national as well as global security, and wants Morocco to serve as a bridge between its Western allies and developing African nations as they come online.

The Trump administration would be well served to take a hard look at Africa—for the security threats and humanitarian crises its failure poses, and for the economic opportunities its success can bring to all its partners.