The Bear and the Elephant 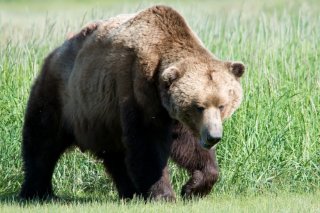 It may take the election of a Republican to the White House in 2016 to improve relations between the Russian Federation and the United States. As improbable as it may sound, the Russian bear shares more interests with the Republican elephant than the Democratic donkey. No doubt leading Republicans will denounce Russian aggression during the campaign season, as former Florida Governor Jeb Bush did recently during his visit to Berlin where he called Russian president Vladimir Putin a “bully.” He added, "I'm not talking about being bellicose, but saying, 'Here are the consequences of your actions.' And that would deter the kind of bad outcome that we don't want to see." But talking tough on the campaign trail is one thing. Governing is another. Perhaps a Republican president would look for ways to move past the increasing confrontation that has characterized the U.S.-Russia relationship in the past few years.

A Republican president could start looking for a new future in U.S.-Russia relations by examining the past. The golden age of diplomacy between Russia and America occurred during the rule of Russian Emperor Alexander II and President Abraham Lincoln – the first Republican president of America.  They were in close correspondence during their respective attempts at massive domestic reforms.  These leaders shared a contemporary challenge of abolishing slavery within their nations – with Alexander II ending serfdom in 1861 and Lincoln ending slavery in 1863.  Alexander also followed America’s example by instituting trial by jury and authorizing local government.  At a time of upheaval in both nations, diplomatic relations were durable and effective.

Given all that has transpired between these two nations and around the world the past several years, a more modern political parallel might also apply.  Just as only Nixon could go to China, perhaps only a Republican can repair relations between the U.S. and Russia today. How could a Republican president help in building that relationship?

First, shared economic interests can lead to political resolutions. Following the imposition of economic sanctions upon Russia by Europe and the United States, European imports to Russia have fallen dramatically.  The Russian Federal Customs Service notes that in 2014, for example, there were 21.3% fewer goods sent from the U.K. to Russia than in 2012; 41.2% fewer from Portugal.  But during the same period and under the same sanctions, U.S. Customs reports that trade volume between the U.S. and Russia increased by 5.6% -- by almost $29.2 billion.  ($18.5 billion of that was increased American imports into Russia.)

So when U.S. Secretary of State Kerry recently flew to Sochi to suggest to Russian President Putin a lifting of U.S. economic sanctions in exchange for Russian support of American policy toward Iran—this, at least, is the interpretation that the Russian media attached to Kerry’s visit—Russians may legitimately have been a bit puzzled as to what the Obama administration was offering.

A second point of shared interest revolves around the global oil market.  As long as America maintains its ban on selling its oil reserves to foreign markets, American oil companies seeking international markets will need international sources of oil.  Russia has them.  Huge proven reserves in the Arctic and huge proven reserves of oil shale within the Russian mainland.  But Russian oil companies lack the technology to exploit these reserves.  And the current economic sanctions have frozen cooperative agreements like that between Russian Rosneft and American ExxonMobil like an Arctic drilling rig.

But Derek Norberg, President of the Council of U.S. – Russia Relations and Executive Director of the Russian American Pacific Partnership (RAPP), believes that a cooperative agreement over tapping Arctic oil reserves could thaw U.S. – Russia relations.  (Some geological estimates predict as much as one-fourth of global oil reserves lie trapped beneath the floor of the Arctic Ocean.)  Such agreements do not alleviate the tensions over Crimea and Ukraine.  But they might provide progress as other diplomatic issues are resolved.

Finally, many Russians have taken note of recent Pew Research Center data that shows that the American Republican Party derives much of its support from social conservatives, businessmen and those that support an aggressive approach to the war against Islamic terrorism.  These are values espoused by United Russia, the current ruling political party in Moscow. At the very least, it would appear that modern Russia has more to talk about with American Republicans than American Democrats. Since 1989, the Russian Federation has and will work with American presidents of all political parties.  But at this moment, perhaps more can be accomplished with a traditional Russian foe leading America.

My plea is simply to not surrender to what many view as inevitable conflict between these two great nations, no matter the consequences.  We must remember and reject the counsel of the Marquise de Pompadour at the end of the Seven Year’s War in medieval Europe.  After France had lost its American colonies to Britain, she whispered in the French king’s ear, “after us, the deluge.”  Meaning, chaos and disaster are beyond our control.  Nyet!  Global maps may be redrawn, global economies will ebb and flow, but chaos need not reign.  A time may be coming when Russia and America can move from turmoil to calm.

Maria Butina is the founding chairman, The Right To Bear Arms, a Russian version of the NRA.