Is this the Beginning of Modi’s End? 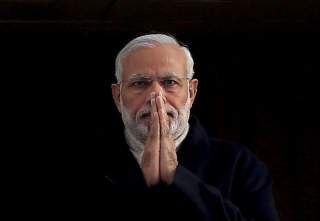 Recently held by-elections to India’s national parliament and several state assemblies may be pointers to the decline and final fall of India’s charismatic and pugnacious Prime Minister Narendra Modi. The first signs of his declining popularity were evident last year when his party, the Hindu nationalist BJP, lost crucial by-elections in India’s largest state, Uttar Pradesh (UP). These included the Lok Sabha (national parliament) seat vacated by Modi’s handpicked chief minister of UP, who was a rabidly anti-Muslim Hindu priest from the eastern part of the state. In addition, the BJP lost seats in the state legislatures of Rajasthan and Madhya Pradesh, two other strongholds of the BJP.

Another example is last month's elections in the crucial south Indian state of Karnataka, which the BJP was expected to win because of the anti-incumbency wave against the ruling Indian Congress. The BJP improved its seat count but was unable to get a majority, providing the Congress the opportunity to return to power as a result of its post-poll alliance with a regional party. Moreover, although the Congress lost seats in these elections, it garnered thirty-eight percent of the popular vote to the BJP's thirty-seven percent and with its ally, JD(S), secured fifty-six percent of the votes. The Karnataka results were especially galling for Modi who had camped in the state for several days and addressed a record number of twenty-one campaign rallies. In doing so, he made the state election a test of his popularity—a test that he failed.

More important, in a series of by-elections were also held for vacant state assembly and Lok Sabha seats in late May. The BJP won only one seat, and that was also by defeating its ally the Shiv Sena in Maharashtra. Furthermore, out of the eleven seats, the Congress won five. Finally, the most critical loss for the BJP was the parliamentary seat of Kairana in western UP, which the BJP had made into a prestige contest. It was won convincingly by a Muslim woman running on the ticket of a party dominated by Jats, a landowning Hindu caste that until recently had been engaged in communal strife against Muslims.

The primary lesson from the latest round of elections is that Modi and the BJP are not invincible if the opposition parties come together in a grand alliance and turn most contests into two-way fights. Such a partnership is essential to defeating the BJP in the national elections scheduled for early 2019. This lesson was apparent even in the 2014 parliamentary election which brought the BJP to power—elections in which the BJP only won thirty-one percent of the national vote. In other words, the BJP had previously been able to win a majority of seats in a first-past-the-post system only because of the opposition's disunity.

The Congress, India's grand old party, will have to play the crucial role in forging any opposition unity in the run-up to the 2019 election because it has a national presence that other parties, which are primarily regional, lack. The Congress will also have to lower its sights and accommodate regional allies more generously than it has done the past. Moreover, it may have to give up its insistence that it has a right to lead a united opposition and that its leader must become the Prime Minister if such a grand alliance can defeat Modi's BJP. The opposition candidate for Prime Minister will have to be chosen by consensus among the parties which is likely to be difficult, but not impossible to achieve. At the same time the parties on the left, especially the Communist Marxist Party (CPM), will have to overcome their ideological distaste for the Congress and work in tandem with it.

The erosion of Modi’s popularity has many reasons. First, what was earlier considered his charisma is now seen as arrogance and bravado. His “bring them on” style that had made him popular when he was in opposition now appears to demean the office of the Prime Minister in the eyes of substantial portions of the electorate.

Second, Modi's promises regarding the economic betterment of the average Indian does not cut it anymore. The imposition of the Goods and Services Tax and the botched demonetization of the currency in 2016 have alienated significant elements of the population. Professional economists have heavily criticized the latter exercise as nothing more than "sound and fury" that left major sources of "black" money untouched. Furthermore, recent scandals regarding wealthy entrepreneurs fleeing from the country with their ill-gotten gains have pointed toward a nexus between the government and unethical businessmen. This has also hurt the government's image, especially since two of the leading absconders share their last name with the Prime Minister.

Moreover, despite a great deal of official rhetoric to the contrary, the plight of the rural poor has not got any better. For example, the concentration of wealth index has worsened under Modi’s government. According to an Oxfam report keenly watched by development economists, income inequality has gotten worse with the top one percent of the Indian population hogging seventy-three percent of the country’s wealth. Additionally, according to the World Inequality Report published by the World Inequality Lab, the top ten percent of India’s population accounted for fifty-six percent of the country’s income with income inequality in India at its worst since the 1980s. According to the same report, “In contrast, the annual real incomes of the bottom 50% grew at a faster rate than the countrywide average during the 1960s and 1970s when socialist central planning dominated the Indian economy.”

It is clear that the liberalization of the Indian economy since the 1990s has made the plight of the Indian poor infinitely worse. Although economic liberalization started under the Congress, Modi’s BJP has sought to own it since coming to power in 2014. It may now have to pay the price for this association as the Congress in opposition has once again begun to inch toward its former socialist rhetoric.

Third, the BJP, which had earlier ridden the crest of the Hindu nationalist wave is now paying the price for its shortsightedness. While whipping up a communal frenzy on issues such as banning cow slaughter, it has been unable to deliver on the Hindu nationalists' primary demand—the construction of a Rama temple at the site of the Babri Mosque demolished in 1992 by Hindu fanatics led by some of the BJP's top leaders. The matter continues to languish in the Supreme Court with both the BJP and the Congress fervently hoping that the court does not deliver a judgment before the 2019 elections.

Fourth, and more importantly, while the BJP under Modi was adept at exploiting the Hindutva card, it seems to have forgotten the fact that Hindu society is not a monolith and that attempts at creating such a monolith by whipping up anti-Muslim sentiments can only backfire. Hindu society is an umbrella construct that encompasses within it an immense amount of regional and linguistic diversity. Above all, Hindu society is composed of region-specific castes and sub-castes that are in constant rivalry and cooperation with each other for the limited resources available in the political and economic arenas. Caste has, in fact, become the currency of Indian politics and is a significant consideration for all parties when they choose their candidates to fight elections.

Moreover, political mobilization on the basis of caste has become a major instrument for the lower castes and Dalits (the former untouchables of Hindu society) to protect and promote their interests. In this sense, caste acts as a surrogate for class. This has led to a proliferation of caste-based parties—especially in northern India. In electoral terms, Muslims also operate as a caste often making alliances with the lower castes and Dalits with whom they share economic deprivation and political marginalization.

While the BJP has over the years shed some of its upper caste aura, it, and especially its parent organization the RSS, continue to be tainted with their upper caste and Brahminical image that is anathema to many of the lower castes. In an interesting twist, caste loyalty has become the best antidote to Hindu communalism as it prevents the implementation of the Hindu nationalist agenda. Thus caste paradoxically strengthens the residual base of secularism in India against Hindu nationalism. It is no wonder that almost all lower castes and Dalit-based parties swear allegiance to the secular ideal in their electoral rhetoric. Caste politics is also inherently more democratic than communal politics for it requires leaders to learn the art of compromise to build coalitions for elections as well as governance. Communal politics, especially majoritarian communalism, on the other hand, is addicted to confrontation and domination that runs counter to the democratic spirit.

Now that Modi and the BJP have been in power for four years all these reasons, especially when combined with the anti-incumbency trend, are expected to work against them in next year’s parliamentary elections. Added to this is Modi’s highly-autocratic functioning style which has alienated important elements within the BJP—some of whom have held his “arrogance, over-confidence and short temper” responsible for the BJP’s losses in the recent by-elections.