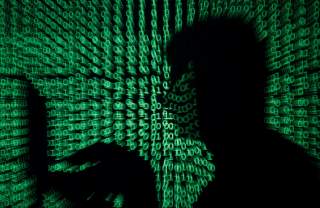 China outlawed Bitcoin in 2017, but now Chinese cyber security experts seem poised to use it for war. A 2018 article in the People’s Liberation Army (PLA) Daily highlights how the technology behind Bitcoin, “blockchain,” will have “military applications…[and] that the future of media war must rely on a specific network media to start.” More troubling though is that it was written specifically for the PLA as a call to action: “the media battle of wars will become an important form of future military struggles. If we do not take precautions in keeping with the pace of the times, we will be subject to control everywhere.” The PLA seems to recognize the importance of this emerging technological capability, but should China be allowed to control the future of information warfare?

Emerging blockchain technology will offer enumerable defensive and offensive tools for military and intelligence operations in the twenty-first century. Whomever masters and weaponizes blockchain first will determine their penultimate power and influence over others. What exactly is blockchain and what does this mean for gray-zone warfare against America and her allies?

Detractors may believe that it is preposterous that some unheard-of-Bitcoin technology (e.g. blockchain) will prove pivotal to the future of warfare. However, with blockchain weaponized and integrated into a specific national strategy, it has the potential to fundamentally alter relations between states, societies and citizens. If properly utilized as an instrument by the Chinese (and other adversaries), it can be used to undermine the United States and her allies by circumnavigating typical security measures that detect and defend against criminal and subversive activities.

The Fundamentals of Blockchain

The reason why Bitcoin—a digitally decentralized currency—is so successful is because of the nature of its underlying blockchain, which ensures the validity and accountability of transactions. Thus, a blockchain, also known as “distributed ledger technology,” is just a “record” that is stored across enumerable computers. It enables the ability to authenticate and provide payment with partial anonymity in a secure way, without the worry of suffering from some Western Union wire fraud or expensive fees. Unfortunately, such secure payment methods present the opportunity for funding covert operations in other countries. Beyond simple monetary transfers, there are also non-economic ways of utilizing this technology as the development of blockchain 2.0 matures, which will impact “every area of finance, economics, and money; hard assets, such as physical property; and intangible assets such as votes, ideas, reputation, intention, health data, information, etc.”

In 2016, three Chinese cyber experts published an article titled “Blockchain technology and its potential military value,” in the journal of National Defense Science & Technology. Their article highlighted the value of blockchain technology, noting the numerous security ramifications, especially in the realm of defensive and offensive cyber operations. In addition, as written in an article for the journal of China Management Informationization, blockchain supports “trustworthiness, reliability, openness, consensus mechanism and smart contract” in business transactions and other dealings where discrete payments are needed. This supporting function of blockchain, if properly manipulated into a cyber weapon by adversaries, could be used to “trick” systems into providing whatever information desired, or worse, manipulate data without being detected. Scholars in India are similarly concerned about blockchain supporting the conduct of military operations, recognizing that as governments and individuals develop quantum computing abilities, blockchain will make it easy to hack into highly secure networks.

Blockchain technology fits neatly into the paradigm of warfare in the “Gray Zone,” where Chinese aggression defines the “ambiguity—about the ultimate objectives, the participants, whether international treaties and norms have been violated, and the role that military forces should play in response.” The uncertain nature of gray-zone warfare is what makes blockchain so appealing as a tool. Adversarial governments and extremist groups can utilize it—with little fear of being caught “red-handed”—to further their interests at the expense of other countries unwilling or unable to stop it.

A U.S. Navy officer is rightly concerned about Chinese blockchain technology. He believes it “has been recognized as having intrinsic value and utility for Chinese defense issues,” and that blockchain “would align with the civil-military application goals tied to the broad informatization campaign” espoused in China’s 2015 Military Strategy. If we accept the notion that China is a rising power, then we should also accept that—much like other historical “rising powers”—China will increasingly want to exercise its instruments of national power in military, economic, and political spheres. China is already showing signs of increasing its regional hegemony in the Pacific, to include gray-zone actions in the South China Sea. The recent gray-zone attacks against Australia and New Zealand indicate how blockchain might work on a global scale, and against the interests of the U.S. and her Western allies.

Research on Chinese “influence campaigns” in the Pacific by a professor in New Zealand has already drawn substantial international attention. Anne-Marie Brady did not gain much fame from articles, but the actions of Chinese agents against her is the more important revelation. As far as anyone can tell, Brady’s research touched a “nerve” with Beijing, as Chinese proxies started a campaign to intimidate her. The reason why China had every reason to worry about her work was that she specifically identified Chinese actions to influence public opinion and the political systems in Australia and New Zealand, towards the preferences of China. Brady discovered the paper trail of money leading back to China (and their corporations), whereby China was giving substantial amounts of money numerous political parties in Australia and New Zealand. China was also financially courting current (and former) government officials and public intellectuals in each country as a way of undermining public debates about China. China’s campaign to infiltrate these Western societies and subvert facts, opinions and thoughts about China has chilling ramifications for how blockchain could make future Chinese operations literally impossible to uncover or detect. Despite being caught, it is unlikely China or others will stop their subversive operations against any countries that might oppose their rise to power. If anything, it will likely accelerate Chinese attempts to be more covert with their “media wars” with the West.

What I am about to propose is purely speculative, but these recent “sharp power” actions by China appear to be an attempt at undermining civil society and democracy in the West. It is vital to recognize this for what it is: China is attempting to alter public debates and perceptions about China, so that it can undermine the democratic process as “true” facts and opinions merge into whatever Chinese operatives want.

With blockchain added to China’s cyber arsenal, “gray zone” actions against the West are going to escalate, and with growing success, China’s global power and control over information and narratives will grow in unison.

These are three hypothetical ways in which blockchain could be integrated into gray-zone tactics.

1 - Espionage: China could securely pay trusted agents in Western societies. Such payments would be untraceable. Such Chinese intelligence agents could—depending on blockchain encrypted communications—pursue actions meant to sow disunity, political polarization, or shift opinions towards China’s preferences. This could come in the form of providing significant monetary contributions to extremist political parties on the left and right side. It could also include providing funding to civil society groups, such as the National Rifle Association (NRA) and Black Lives Matter at the same, as a way of creating societal strife, which can disrupt policymaking and the democratic process. Such actions like these would be quite a remarkable strategy and shift in tactics. Instead of trying to support civil society groups and organizations towards the preferences of China, such an approach would just fragment and weaken the country, as divisive and polarized politics would make it difficult for elected leaders to accomplish anything.

2 - Security Protocols: If properly implemented by Chinese intelligence and security agencies, they could essentially make their state secrets impenetrable. While I am not suggesting that the West should be trying to electronically infiltrate Chinese systems in an offensive fashion, it would at least serve as a future deterrent to Chinese gray-zone actions. Already China has been identified on numerous occasions for conducting information collection operations (i.e. stealing classified and sensitive business information) that have relied on cyber warfare tactics to steal technology from Western governments, militaries, and commercial companies (to include the military-industrial complex). Even worse, the infamous 2015 OPM hack appears to have helped Russia and China target and remove U.S. spies working in their respective countries.

3 - Data Manipulation: As increasing numbers of governments, militaries, and companies transition to defensive cyber blockchains to protect vital data, secure communication, and other information; it could all be eventually compromised by quantum computing. Data protection through blockchain technology would be established through public key cryptography and the user storing their private key. However, with a weaponized cyber blockchain in conjunction with a quantum computing algorithms, one could infiltrate such cryptographic systems by reverse engineering a private key. (The technology for quantum computing is still many years away from reaching executable performance, but it should be noticed that China is investing significantly in the technology). While it would require the penetration of 51 percent of distributed ledger operating systems to be a successful attack, this could occur in the near-future if adversarial intelligence agencies focused on this. If the weaponization of blockchain manipulation occurs, it means that electronic election systems—reliant on blockchain—in the West could be eventually compromised, allowing foreign adversaries to “pick-and-choose” winners.