The Case for Suspending the Visa Waiver Program for Iranians 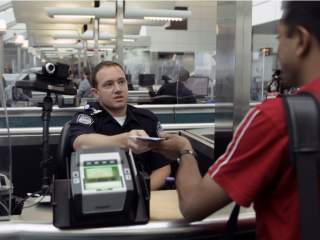 Both Zanjani and Shamszadeh held passports from visa-waiver countries, and these documents may have facilitated their fraudulent activities overseas. Iranian news outlets allege that Zanjani is a dual Iranian-Danish national, and published a scanned image of his passport. Corporate filings from British companies linked to Shamszadeh show that he acquired British nationality in 2011, likely as a result of applying to the UK visa investor program.

Their dual nationality is not a coincidence. Tehran, after all, has long relied on Iranian nationals who are dual passport holders to pursue illegal activities including terrorism, illicit finance and procurement of technology for its ballistic-missile and nuclear-weapons programs. Clearly, not every dual national is an Iranian agent. But countless agents of the Iranian regime were dual passport holders.

The European Union and the United States sanctioned Zanjani, respectively, in December 2012 and April 2013, for “moving billions of dollars on behalf of the Iranian regime, including tens of millions of dollars to an Islamic Revolutionary Guards Corps (IRGC) company.” Shamszadeh, by contrast, eluded Western sanctions but earned the media spotlight when multiple reports in Turkey linked him to sanctions evasion, naming him as an associate of Zanjani.

According to Turkish media, in October 2015, Iran’s Oil Ministry sued the low-cost Turkish airline Onur Air, claiming it is a hidden asset of Zanjani. Corporate filings from the Turkish company registry list Shams as one of Onur Air’s shareholders, which is consistent with reports from September 2013 alleging that Shams—who acquired Onur Air in May 2013 for $250 million—had bought the airline on behalf of Zanjani. With Zanjani under sanctions and the international community tightening measures against Iran’s economy, this alleged scheme would have been exceedingly difficult had these men not been European passport holders. That is especially true for Shamszadeh.

Shamszadeh is the former commercial director for the Islamic Republic of Iran’s Shipping Lines (IRISL). The U.S. Treasury sanctioned IRISL in 2008 for facilitating shipments of military-related cargo destined for Iran’s Ministry of Defense Armed Forces and Logistics. EU and UN sanctions also hit IRISL in 2010, all but paralyzing its activities.

Shamszadeh moved to London in 2005 to run IRISL’s local subsidiaries (which Treasury also sanctioned three years later), but he resigned both positions within months of arriving in the UK, before sanctions were imposed. Shamszadeh likely bought into the UK investor visa program, which allows foreign nationals to obtain a path to citizenship in exchange for investment.

Once Shamszadeh acquired British nationality, he shortened his name to Shams—likely to obfuscate his real identity. He no longer was an Iranian national formerly employed by a UN sanctioned proliferator, but a London-based British businessman with an Arab-sounding name, who was keen on investing in the then-booming Turkish economy.

Zanjani and Shamszadeh are not exceptions. Numerous other Iranian dual nationals living abroad are managing regime assets. In many such cases, the U.S., UN, and European Union have sanctioned either the individuals themselves or the companies they managed.

Mannesman Cylinder Systems, for example, was a German gas-cylinder factory sanctioned by the U.S. Treasury in June 2013. At the time, it belonged to Execution of Imam Khomeini’s Order, or EIKO. EIKO is the supreme leader’s holding company, which Treasury also sanctioned in 2013 (and which under the nuclear deal, has been delisted). EIKO took over the German factory in 2011 from Rey Investment Company, an Iranian religious foundation, after Rey’s mismanagement brought MCS to the brink of bankruptcy.

In 2011, Iranian assets in Europe operated under a difficult business climate. The UN Security Council had passed four resolutions imposing sanctions against Tehran’s financial, commercial and transportation sectors. The EU had adopted expansive sanctions against the same sectors, as well as Iran’s energy industry. U.S. sanctions included new executive and legislative measures. Rather than closing the factory and looking for new investments, EIKO salvaged its German asset, obfuscating its ownership in the process. According to Treasury, dual Canadian-Iranian nationals played a key role, nominally taking control of MCS on EIKO’s behalf.

Reliance on dual nationals of Canada is part of a trend. For years, affluent Iranians have sought to obtain Canadian citizenship through federal and provincial (primarily Quebec) permanent residency programs. In May 2012, Canadian authorities charged Ziad El-Shurafa, a partner at an immigration consultancy called Canada 2000 Immigration Services, and two business associates with defrauding immigration authorities. They were found to have helped residency applicants pretend to already be in the country while actually living abroad. Canada 2000 operated offices across the Middle East, including—crucially—Iran. The three individuals were eventually sentenced.

Mahan Air’s overseas procurement companies provide more evidence of dual nationals’ involvement in sanctions evasion. Mahan, which remains under Treasury sanctions due to its logistical support for the Revolutionary Guard, relies on expatriates and dual nationals to run its overseas procurement. Treasury has sanctioned some of them, and the Department of Commerce has issued Temporary Denial Orders against Mahan fronts to interdict its efforts to buy planes and parts. These include the British-based Skyco Ltd. and its director, the British-Iranian national Ali Eslamian.

Last January President Obama pardoned seven Iranian-Americans involved in nuclear and military procurement for the Islamic Republic, proving that even the United States is not immune from Tehran’s reliance on dual nationals to evade sanctions. As elsewhere around the world, when Iran sought to procure technology from U.S. companies, it relied on Iranian-Americans to carry out the task.

All these cases underscore that the suspension of the Visa Waiver Program for Iranian dual nationals is amply justified by Tehran’s systematic reliance on multiple passport holders to conduct money laundering, illicit finance and nuclear procurement on its behalf. The new legislation’s added layer of due diligence—requiring a visit to a U.S. consular section and an interview with an official—will mitigate the risk that individuals like Zanjani and Shamszadeh could take advantage of the VWP to enter the United States and conduct sanctionable financial transactions and commercial activities.

Congress should stand by its decision and reject any attempt by the administration to carve out exceptions. U.S. national security demands nothing less.

Emanuele Ottolenghi is a Senior Fellow at the Foundation for Defense of Democracies and its Center on Sanctions and Illicit Finance.