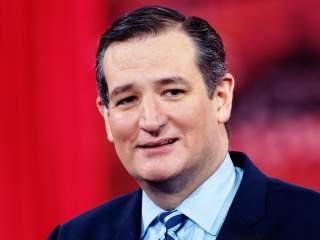 On the surface, the Western Tuesday primaries were a split decision. Donald Trump won a fairly convincing victory in Arizona, but Ted Cruz battled back with an even bigger win in Utah.

Similarly for the Democrats, Hillary Clinton won the biggest state in Arizona but lost caucuses in Utah and Idaho to Bernie Sanders in a landslide.

But on closer inspection, it is harder to see how even this mixed verdict really changed the trajectory of the race in the way that Cruz and especially Sanders needed. Cruz got all of Utah’s delegates, Trump won all of Arizona’s.

Cruz more than keeps himself alive with his dominant Utah showing. But he’s also still 274 votes behind Trump in the delegate count, as Arizona has more delegates than Utah. And he’s 772 delegates short of clinching the nomination.

The Texas senator is the only Republican who has been able to beat Trump with any consistency. But so far, his only real upset was in Maine. He tends to do best in caucuses rather than primaries, in states where the electorate is limited and where the evangelical vote share is high.

In other words, Cruz is still only beating Trump in states where he has a significant organizational advantage or under ideal political circumstances. Everywhere else Trump wins, which is going to be a problem as the calendar moves to places like the billionaire’s home state of New York, even with increasing evidence of strategic anti-Trump voting.

This problem is even more pronounced for Sanders. Michigan was really the one state the Vermont senator has beaten Clinton where the electorate didn’t consist almost entirely of his white liberal base. He combined just enough black support with liberals and union whites, the latter most impressive because it was a state where Trump won the Republican primary and could have siphoned blue-collar votes away from the democratic socialist.

But Sanders wasn’t able to replicate this success in Ohio, where the race wasn’t particularly close. It now seems that Clinton may have alienated other parts of Michigan by focusing so intently on Flint. And for every Michigan, Sanders has had a Massachusetts or Missouri where he should have won but didn’t.

Cruz is in a better position because he only needs to hold Trump below 1,237 delegates rather than actually beat him to have a theoretical chance of being nominated at the convention. Sanders must overtake Clinton and the Democrats have no winner-take-all primaries to help him do so easily. Small state caucuses won’t do the trick.

The challenge for Cruz is that even if he denies Trump a majority, he needs to be close enough to be plausible himself. Otherwise, since he doesn’t have a vast reservoir of goodwill among Republican insiders himself, it will become enticing to nominate some white knight candidate not currently running.

If the Republican National Convention has to come up with several hundred delegates for Cruz to deny the nomination to a candidate with, say, 1,000 votes, why not just bring in someone else? A lot of party institutionalists will reject that line of thinking out of hand—Cruz needs to hope a bunch of them wind up on the convention’s rules committee—but if it catches on the Texan will be forced into an alliance with Trump to beat back such efforts, in the process ruining the “stop Trump” logic of his campaign.

Clinton is winning the Democratic nomination and should be able to keep the vast majority of Sanders supporters inside her tent. Trump has a more tenuous hold on the Republican nomination and keeps winning even as the governing class of the party is increasingly rallying to Cruz. But it’s harder to see how the GOP emerges from its convention unified regardless of the outcome.