The Complexity Challenge: The U.S. Government's Struggle to Keep Up with the Times 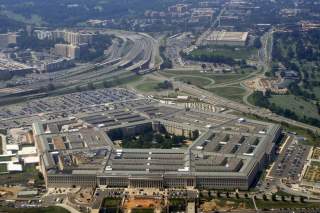 There is nothing that Washington likes more than a good cliché. And for over two decades now, there has been no cliché the U.S. government has liked more than: “The world is complex.” Take a look at almost any post–Cold War U.S. government document or policy speech that describes the strategic environment and odds are it uses some turn of this now ubiquitous characterization.

Unfortunately, while the frequency of its use has steadily increased, the amount of meaningful explanation the description receives has seemingly declined. Consequently, the characterization is now commonly just “boilerplate” that is skimmed over, or worse, begs users, readers and listeners to ascribe their own—too-often ill-defined—meaning to it. In other words, it can now mean nothing or anything—and usually does.

This is a serious problem, for clichés are poor motivators of action. And action is definitely required. It’s required because, quite simply, complexity is a real—defined—phenomenon that marks a genuine change in the strategic environment. But even more so, action is required because complexity is also the phenomenon that is fueling and/or complicating the management of the government’s—and indeed the nation’s—most vexing strategic challenges.

So, moving beyond the cliché, what does it actually mean to say that the world is complex?

Well, on a basic level it means that the global system is now effectively defined by fluid, heterogeneous, widely distributed, nonhierarchical networks—in contrast to the comparatively static, homogenous (state-centric) and dichotomous hierarchies (East-West; Warsaw Pact–NATO; United States–USSR) that dominated the Cold War strategic environment. In turn, since this variable and expansive interconnectivity allows for ever-more combinations of interaction and interdependence, it also means that global dynamics are showing an ever-greater tendency toward nonlinear—highly unpredictable—behavior. In a word, it means uncertainty.

For sure, increasing physical interconnectivity—in the form of ever expanding transportation links—is a key contributor to this complex and uncertain strategic environment. (Think of Ebola's newfound ability to escape Africa before the death of its host.) Even more disruptive, however, is expansive virtual interconnectivity that, enabled by the information technology (IT) revolution, has permitted previously unimaginable numbers of individuals—many in historically (by design or circumstance) disconnected regions of the world—to connect.

What is often underappreciated about this virtual connectivity is the fact that it doesn't just allow more people to "receive" more information more quickly—although it does indeed do that. More importantly, it is also allowing anyone with an internet connection to actually “broadcast” to—and potentially influence—untold numbers of others around the world. (Think of the fear of Ebola’s spread, which far exceeded the reality, that swept the world last year.)

And it doesn’t stop there. According to an official Google blog post, last year (2014) marked the point at which about 40 percent of the world's population was online—virtually connected. This, of course, means there is still a long way to go and, by extension, no reason to assume that the trend toward more complexity and its associated challenges will dissipate anytime soon.

In sum, this portends a future with more of what has been happening for the past twenty-five years: a world in which it is becoming harder to find strategic “mooring points,” due to relentlessly increasing numbers of people actively joining the global conversation and continuously rewriting and blending ever more ephemeral political, economic, military and social narratives.

Amazingly, and despite—or perhaps because of—this seemingly inexorable complexity, push-back within the U.S. government as to how much of a change this actually constitutes remains an alarmingly common theme. The counterarguments tend to go something like this: “Yes, the world is complex—but it has always been that way. After all, didn’t all previous connective technologies—sailing ships, the printing press, steamships, railroads, undersea cables, the telegraph, telephone, radio, aircraft, television, satellites, etc.—make it so?”

Yes, but. True, however. Therein lies the root of the cliché: ambivalence.

What these counterarguments fails to account for is the comparatively easy accessibility of the IT revolution’s connective technologies (e.g., cell phones, computers, internet, social-media software, etc.) and the newly empowering—again, broadcast—capabilities they provide. That is to say, the rate of increase in connectivity coupled with the changing nature of that interconnectivity—billions of individuals and counting, all capable of transmitting as well as receiving—is truly unlike anything previously seen.

Still, it’s no wonder that government would not want to fully accept what a disruptive change all of this suggests and instead just falsely rationalize that “dramatically incremental”—better! stronger! faster!—change will suffice. After all, from a governing/policy perspective, this emerging dynamic is so far at odds with traditional government thinking and organizational habits that it's more than just disturbing—it's terrifying.

For one thing, complex issues cannot be looked at as discrete pieces. Everything is interconnected—and interdependent—and there are ever fewer issues solely in the portfolio of a single department or agency. Consequently, the traditional government organizational constructs—ossified and stove-piped hierarchies—simply don’t work as they impede the ability to form the necessarily holistic perspectives and approaches.

Second, complexity defies the desire for clear and identifiable cause-and-effect dynamics. The U.S. government tends to be deeply rooted in the increasingly false notion that pulling a proper and distinct policy “lever” will invariably lead to some distinct—and probably intended—outcome. Complex circumstances, however, are not so certain and while correlation is rife, causation is always suspect. In fact, in a complex environment, every action generates multiple possible outcomes—some obvious, some subtle; some intended, some unintended.

Third, complex situations are very prone to emergent macro-behaviors—cascades, bubbles and crashes, etc.—that are discontinuous and can abruptly deviate from past patterns. Consequently, the government’s tendency to extrapolate past behavior indefinitely into the future or, worse, to seek historical—and often false—analogies that provide commensurately bad policy mooring points is, to say the least, highly problematic.

Finally, increasing complexity means that already-extreme volatility is only going to get worse. In such complex environments, trends can be damped out or amplified depending on unique conditions at a particular moment in time. Additionally, behavioral cascades and systemic reorganization become much more probable at the same time as they become increasingly unpredictable. In contrast, the government currently lacks the agility required to get out in front of—to anticipate—such rapidly morphing circumstances.

Considered in the aggregate, it is clear that the U.S. government’s traditionally reductionist mindsets and hierarchical organizational structures are not well suited for dealing with a strategic environment that demonstrates the highly nonlinear realities described above. Again, action is required—but what to do?

Well, even though our current governmental dysfunction may make the necessary changes seem impossible, the U.S. government does at least have a history of reforming itself for new global circumstances. Today, such a reform initiative needs to include concerted efforts aimed at getting the U.S. government and the American public to understand and accept that legacy mindsets and organizational constructs must be comprehensively overhauled. In particular, it requires efforts—certainly educational and perhaps legislative—to instill holistic thinking and flat/network organizational principles throughout the government.

Admittedly, that process will take time—time, quite frankly, that the government doesn’t have, given that it’s already way behind the complexity curve. Consequently, as a stop-gap measure, it is vital that a strategic (i.e., anticipatory) thinking/planning entity be created that will explore and exemplify the necessary cognitive and organizational changes in microcosm.

More specifically, this organization—staffed mostly by a rotating cadre of individuals from the departments—would be unconstrained by existing inter- and intra-departmental stovepipes (since complex issues, by definition, span those traditional boundaries). Moreover, this organization would default—unlike current practice—to the use of more synthetic techniques, such as gaming, modeling, simulation, visualization, red-teaming, scenario writing and so on, that are truly well suited to exploring and understanding the potential dynamics of complex environments.

At a fundamental level, this organization would meet a vital, practical—and so far unmet—need: a place where truly “whole-of-government” policy measures can be creatively informed, imaginatively developed and holistically coordinated in a timely fashion. But in a bigger sense, its creation would also mark something even more significant: an acknowledgement that government—like every other organization trying to remain relevant in the face of mounting complexity—cannot just double down on the mindsets and structures that succeeded in the past.

All told, the challenges posed to the United States by a complex strategic environment are real and daunting—perhaps even existential. Consequently, the U.S. government can no longer afford to discount the notion by reducing it to a mere cliché. To continue to do so is to ensure that the gap between the government’s global capabilities and its responsibilities will—just like the complexity that is driving it—be ever growing. And that, quite bluntly, can’t end well.