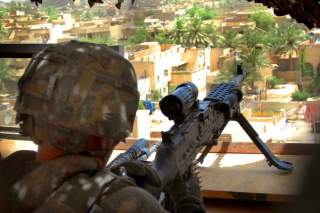 Eleven years ago this coming month, a coalition of armed forces led by the United States moved decisively against Saddam Hussein’s forces, declaring victory just over one month after they had invaded the country. The insurgency that emerged shortly afterward left coalition forces embattled for nearly a decade.

With U.S. forces now out of Iraq and readying themselves to withdraw from Afghanistan in as little as ten months, most Americans desire to move on from these deadly, divisive, and costly conflicts. Yet, important questions about the effectiveness of counterinsurgency programs carried out during both conflicts remain unanswered, which we ignore at our own peril.

Over the course of both conflicts, coalition forces and government civilians carried out a broad range of counterinsurgency programs, some for the first time. Determining whether these initiatives were effective in reducing violence levels and, if so, how, is not just a matter of writing accurate history. The lessons learned have implications for U.S. counterinsurgency programs still in effect in Afghanistan and, perhaps more importantly, are immediately useful to the Iraqi and Afghan governments, which now bear responsibility for their countries' national security. As we have seen this year, instability in these countries breeds opportunity that can be exploited by violent political organizations like Al-Qaeda, which remain intent on carrying out attacks against the United States and its allies.

In both conflicts, the United States sought to combat insurgents by improving local economic conditions. A variety of local development programs were carried out under the Commander's Emergency Response Program (CERP). Billions of dollars were committed to major infrastructure revitalization projects, and millions more were dedicated to restarting idled factories.

From a counterinsurgency perspective, such programs were believed to reduce violence levels by serving two functions. First, local citizens who benefitted from these programs were expected to share information with U.S. forces about the identity of members of the insurgency and details about their operations. Second, many of these programs created jobs for local citizens. Employed citizens, the logic held, are not the type to support or participate in insurgent violence. Unemployment, the White House’s 2005 National Strategy for Victory in Iraq described, simultaneously “fuels popular dissatisfaction and may generate sympathy for the insurgency” and makes “Iraqis more vulnerable to terrorist or insurgent recruiting.”

The logic of this approach is intuitively compelling, but were these expectations actually met? Working with detailed data on these conflicts, academics have begun to tease out a far more complicated story of what effectively reduces violence when governments face insurgencies. Researchers from the University of California San Diego, Princeton, and Stanford, for instance, asked whether working men rebel. What they found defied expectation: analyzing periods of insurgent violence in Iraq, Afghanistan, and the Philippines, they discovered that areas of those countries with higher employment levels tended to experience higher levels of violence.

In seeming contradiction, researchers at the London School of Economics and Political Science (LSE) have since determined that CERP programs that created local job opportunities in Iraq were effective in reducing violence levels. Can changes in the employment level of a country experiencing conflict both increase and decrease violence levels? The answer may be that they can and do—and that the key factor lies with who is actually employed.

Authors of the first study theorize that higher levels of violence may occur in areas with more available jobs because employed citizens may be less willing than their unemployed counterparts to provide information on insurgents. By this logic, an unemployed Iraqi struggling to provide for his children and who has information about insurgents operating in his neighborhood may be willing to sell that information to the government, in spite of possible retribution. For an Iraqi with a job who faces the same decision, however, the possible costs of being discovered and punished by insurgents may simply exceed the expected reward. Aggregate these cases by communities, and a pattern emerges in which neighborhoods with relatively high levels of employment generate less actionable intelligence than those with comparatively lower levels and thus suffer greater levels of insurgent violence.

The LSE researchers’ findings are not inconsistent with this story. Employment-generating programs that directly recruit members of the insurgency may reduce violence levels by decreasing the total numbers of combatants available to fight. While research from Iraq shows that fighters associated with the extremist Al-Qaeda organization received compensation well below market standards, Shi’a insurgents from militant organizations including the Jaish al-Mahdi and Hezbollah Brigades appear to have been paid competitive wages. While there may be little that can be done to recruit members away from the most radical organizations due to an unshakable ideological affinity, a large subset of Iraqi insurgents may have been responsive to local labor markets and thus susceptible to recruitment away from insurgencies.

This dynamic has immediate implications for current U.S. policy in Afghanistan. In an effort to revitalize businesses, the Defense Department continues to spend over one billion dollars each year on goods and services provided by local firms under the Afghan First initiative. To help ensure that Defense Department funds are not channeled to insurgent organizations—as was discovered with transportation contracts—the military screens all potential vendors for ties to the insurgency. Those with connections are blacklisted, rendered ineligible to compete for government contracts.

In light of these research findings, the potential problem with this policy is clear. By employing only individuals without direct ties to the insurgency, the Afghan First program may actually reduce the flow of information from Afghan citizens that would otherwise assist U.S. forces in dismantling enemy networks. Of course, other dynamics may account for the seemingly contradictory findings uncovered by the two research groups. Their results, however, highlight the potential problems that can emerge from following general intuitions about how counterinsurgency programs do or do not work.

Their results also reveal how little we know about whether—and how—counterinsurgency programs have worked. This is not an intractable problem, however. Academics who have been provided access to Defense Department data maintained on these programs have been successful in assessing their effects. Perhaps more importantly, many counterinsurgency programs are suited to program design and evaluation strategies, as scholars from the World Bank, MIT, and the New Economic School have shown. Federal entities including the Education Department and USAID’s Development Innovation Ventures have considerable evaluative expertise that might assist the Defense Department in establishing such practices.

Andrew Shaver is a doctoral candidate in security studies at Princeton University. He served in Iraq as a member of a Pentagon task force established to carry out economics-based counterinsurgency programs.