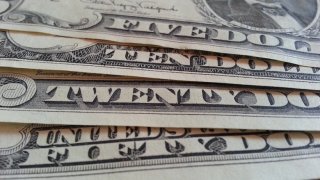 This election campaign, like many, has seen many promises for new spending. Trump wants to build a great wall on the country’s southern border and upgrade the military. Clinton has promised middle-aged voters early entry into Medicare and younger voters free college. Both candidates talk frequently about billions to rebuild the nation’s highways, bridges, ports and infrastructure generally.

Those who expect their candidate to come through with any of this have set themselves up for disappointment. Budget realities make clear that Washington simply lacks the funds for such schemes. Even if Clinton were to make the rich pay “their fair share,” as she plans, or Trump were to root out “waste and fraud,” as he plans, the budget will have less not more for infrastructure spending and any other of their proposed initiatives. Instead, entitlements—Social Security, Medicare, Medicaid, the Affordable Care Act and unemployment insurance—will eat up all new revenues and more, outpacing almost every other spending stream, as they have for decades, absorbing an ever greater portion of the budget and leaving fewer and fewer dollars for any other endeavor.

President Obama’s 2016 budget makes this brutal reality clear. Entitlements there already absorb almost 70 percent of all federal spending. Defense spending, the next-largest budget item, takes up about 15 percent of the total, while interest payments on outstanding government debt take up some 6 percent. That leaves only about 10 percent for all the rest of what Washington does, and nothing for walls, free college, new bridges and the like. Indeed, entitlements, which have already expanded from 56 percent of all federal spending in 2000 and from 43 percent twenty years ago, promise to intensify the pressure they place on the budget, as the retirement of the baby boom and the increased obligations under the Affordable Care Act disproportionately enlarge the demands on these programs year after year, without even a requirement that Congress vote on the matter.

Neither is there any way to fund the promises by raising revenues. Even if all billionaires and millionaires in the country were to meet Hillary Clinton’s notion of their “fair share,” it would not change the equation much at all. Even if Washington simply confiscated all their income, the additional funds would fall short of the amounts needed to pay for college tuition, additional Medicare, and infrastructure spending on the scale she proposes. Nor can Trump fund his programs through an elimination of “waste and fraud,” a tired and dubious claim made by many politicians over the years with little ultimate payoff.

Prospects for cuts elsewhere in the budget are limited as well. If anything, the interest rate hike planned by the Federal Reserve promises to enlarge the portion of the budget needed by Washington to meet its interest obligations. Even modest rate increases could easily increase that budget burden from 6 percent of the current total to 10 percent or more. Relative defense cuts, such as those pursued actively by President Obama, can at best yield only transitory relief. In the past such cuts have cushioned the rest of the budget from entitlement growth. But each relative decline in the Pentagon’s share has made that cushion thinner. Today’s relative level of defense spending is already well down from the 20 percent of the budget averaged during the Iraq War and certainly from the 50 percent averaged in the 1960s and early 1970s. With the expansion in entitlements already outstripping everything else in the budget and likely to accelerate, Washington could buy at most only five years’ relief even if it were to shrink defense below 6 percent of the budget.

Only entitlement reform can free Washington to pursue other needs. Sadly, such a step seems unlikely. Congress notably failed even to discuss reform some years ago when Rep. Paul Ryan advanced detailed proposals. He has not uttered a word on the subject since. Neither presidential candidate has mentioned reform either. On the contrary, candidate Clinton promises to enlarge entitlements, while candidate Trump seems not to notice their effect at all. Until Washington takes up reform, budget realities will make liars of anyone promising new initiatives, including both these candidates.