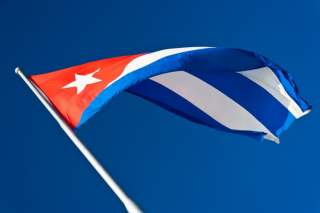 There is a flurry of news media accounts that the United States and Cuba are in talks to restore diplomatic relations. One hopes that such negotiations prove fruitful, thus ending a quarrel that has lasted some fifty-five years and benefited neither country. Restoring diplomatic ties would pave the way for ending the long-standing U.S. economic embargo against the island nation, and that move could be the catalyst for a commercial bonanza. Cuba would become a vacation destination for tens of thousands of American tourists, as it was in the decades before Fidel Castro’s communist revolution. The route between Miami and Havana could become a busy air corridor for commercial flights. Thousands of Cuban exiles and their families in the United States have a powerful incentive to travel back to the island for both business and personal reasons. Without the arbitrary interference resulting from the diplomatic feud and the accompanying U.S. embargo, the two countries are natural economic partners.

Cuba would be the principal beneficiary of normalizing relations. The opening of trade and investment with the vast U.S. economy would make it possible for Cuba to enter the twenty-first century. No longer would images of the island be those of a country stuck in a time warp, with the streets of Havana and other major cities currently being notable for the presence of automobiles from the 1940s and 1950s. Although economic mismanagement by Castro and his associates is the principal reason for that unhappy development, U.S. hostility and the vindictive policies it generated also have played a major role. Normalization of relations would enable Cuba finally to become something more than a large used car museum.

But while Cuba would benefit greatly from the end of the bilateral cold war with Washington, the United States would also benefit. The economic gains to America, while relatively modest in the context of a $17 trillion-a-year economy, would be significant. More important, though, normalizing relations with Havana could be an important step in ending a counterproductive approach in overall U.S. foreign policy that has lasted for more than a century.

Until the administration of Woodrow Wilson, the United States generally had a practical, straight-forward approach to relations with foreign countries. Washington maintained diplomatic ties with numerous governments, most of which were something other than democratic republics. U.S. officials did not predicate the existence of diplomatic relations on approving the nature of specific foreign regimes.

Wilson and his ideological disciples added a new, and quite harmful, dimension to America’s diplomacy. From time to time, Washington implicitly insisted that other governments have an appropriate level of moral purity before the United States would officially recognize their existence and maintain diplomatic relations. That standard was never applied consistently, but when it was invoked, U.S. leaders clung to official policies that were often detached from any semblance of reality.

For example, the United States refused to have official dealings with Moscow for more than fourteen years following the Bolshevik revolution, until Franklin D. Roosevelt finally abandoned that approach. Washington reacted in the same stubborn fashion after the 1949 communist revolution in China. It was not until President Richard Nixon and his chief foreign-policy adviser, Henry Kissinger, mustered the courage to pursue a rapprochement with Beijing in the early 1970s that U.S. policy began to align with reality. And it was not until 1979, during Jimmy Carter’s administration, that Washington and Beijing finally established official diplomatic ties. Until the policy shift in the 1970s, a succession of U.S. administrations persisted in the fiction that Chiang Kai-shek’s Nationalist regime on Taiwan was the legitimate government of all China. In other words, U.S. officials insisted on the absurd fiction that an exile regime on an island of 20 million people spoke for a country of nearly one billion people.

That perverse diplomatic approach has occurred in other arenas. It took Washington more than two decades after the end of the Vietnam War to establish diplomatic relations with Hanoi. To this day, the United States refuses to recognize the government of North Korea, even though that communist regime has been in power since the late 1940s. And official relations between the United States and Iran—a crucial, midsize power in the Middle East—have been nonexistent since 1979.

A willingness to restore diplomatic ties with Havana, combined with the ongoing talks with Iran on that country’s nuclear program and an assortment of other regional issues, suggests that perhaps the suffocating Wilsonian approach to diplomacy may finally be weakening. One can only hope that is the case. Wilsonianism is akin to someone on a middle-school playground taking the stance: “I don’t like you, and I’m not going to play with you.” That approach generally doesn’t work well on the playground, and it definitely doesn’t work well in the international arena. Talks with Cuba indicate that perhaps the Obama administration has internalized that lesson.