The Dollars and Cents of China's Superpower Fortunes 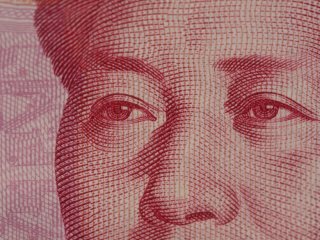 China’s rise has spurred a cottage industry of books proclaiming the superiority of the Chinese economic model and the concomitant decline of the West. The most notable example is Martin Jacques’ 2010 best seller When China Rules the World: The End of the Western World and the Birth of a New Global Order. Johns Hopkins sociology professor Ho-fang Hung provides another welcome corrective to such exaggerated narratives in The China Boom: Why China Will Not Rule the World (Columbia University Press, 2016), joining other recent works such as David Shambaugh’s China Goes Global: The Partial Power and Jonathan Fenby’s Will China Rule the 21st Century?

Hung, in particular, focuses on four commonly held conceptions about China’s trajectory: that China will seek to challenge America’s dominant position in world politics, that China—by virtue of its superior economic model—has emerged as the primary driver of global growth following the 2008 global financial crisis, that China is challenging the neoliberal economic order promoted by the United States and that China’s explosive development is reversing global inequality. In short, Hung argues that the first three conceptions are not grounded in reality while the last one rings true.

Hung’s argument for why China will not challenge America’s geopolitical dominance rests, rather simply, on the U.S. dollar’s hegemonic role in the world economy. As he indicates, the dollar is by far the world’s most widely held reserve currency and the most widely used currency for international trade and financial transactions. This “dollar standard” affords the United States the privilege to borrow at low interest rates internationally and to print money to help repay its debt. This has also allowed the U.S. government to finance the world’s most powerful (and expensive) military despite running huge deficits year after year, all without fear of a debt crisis.

Ironically, China has perpetuated the dollar’s global dominance through its purchases of U.S. Treasury bonds and its use of dollars in settling most of its foreign trade. According to the U.S. Treasury Department, China held $1.264 trillion of America’s debt as of November 2015. Hung notes that fears over China’s role as “America’s banker” are unfounded since China’s purchases of U.S. debt are a natural outgrowth of its export-oriented, high-savings economy. For Chinese economic policy makers, the U.S. debt market is a safe option with liquidity deep enough to absorb China’s enormous reserves of excess capital. Moreover, China has used its purchases of U.S. debt to keep the value of its currency low relative to the dollar, thereby boosting the competitiveness of its exports. For these reasons, Hung argues that it would be “unthinkable” that China would dump, en masse, its holdings of U.S. Treasury bonds because of growing geopolitical rivalry with the United States.

It will be very difficult for Beijing to reduce its dependence on U.S. Treasury bonds, not to mention the realization of its lofty aim to make the yuan a major international currency capable of rivaling the dollar. Hung flatly asserts that China can only reduce its “addiction” to U.S. debt if it shifts away from its export-driven model of growth—a phenomenon he judges unlikely in the near and medium terms. In addition, notwithstanding the Chinese government’s ongoing efforts to internationalize its currency, the prospect of the renminbi becoming a major international reserve currency will remain dim until it achieves full convertibility. This will require the opening of China’s banking sector to the world economy—a very difficult step for the Chinese party-state, which maintains tight control over the nation’s financial sector.

Hung essentially argues that China cannot escape this so-called “dollar trap” given its equities in the current system, and thus will not seek to challenge the United States geopolitically. This argument explains, from one angle, why it would be irrational for Beijing to seek to change the status quo, but it goes too far in saying that China could not challenge America’s preponderant role in world politics. To make that case, Hung would need to provide a more comprehensive assessment of China’s limitations in the diplomatic, military and global governance realms. Hung’s exclusive focus on the dollar standard appears to stem from his belief that it is the “single most important foundation of U.S. global power.” Other observers, however, may view it as merely one element of U.S. global power, and not necessarily the most important.

Hung does point out the limitations of China’s growth model in the last chapter of the book. Citing the current slowdown in the Chinese economy, he notes that the drivers of Chinese growth—exports and fixed-asset investment—are becoming increasingly vulnerable, as global demand for Chinese products has declined since the 2008 global financial crisis and infrastructure investment has reached near-saturation levels. Domestic consumption, meanwhile, has been repressed due to government policies benefitting the export and state sectors at the expense of household savings. For example, an undervalued Chinese currency, while intended to boost the competitiveness of China’s exports, makes imports more expensive for Chinese consumers. In addition, Chinese banks frequently issue favorable loans to state-owned firms by maintaining low interest rates for depositors (in some cases lower than the rate of inflation), which essentially forces households to subsidize industry.

According to Hung, observers who trumpet China’s inexorable rise to economic superpower status—especially after the 2008 global financial crisis—overlook the difficult, yet necessary, task of rebalancing the Chinese economy towards domestic consumption. Beijing’s response to that crisis, while successful in staving off a recession, only exacerbated the imbalances in the Chinese economy: hundreds of billions of dollars were spent on fixed-asset investments to make up for the collapse in exports. Instead of promoting initiatives to boost consumption, such as an increase in social welfare spending, local governments used central government money and loans to splurge on infrastructure projects that in many cases were redundant and wasteful, causing their debt burdens to skyrocket.

Hung is also uncertain if the current Xi Jinping government is committed to redistributing larger portions of income from enterprises to the laboring classes in order to boost consumption. Such a policy would, crucially, involve scaling back state-sector privileges, but this would threaten party elites and their cronies in the state sector who benefit enormously from the current system. Given this, Hung maintains that only democratizing reforms that check elite privileges and enhance ordinary citizens’ power can effectively bring about economic rebalancing over the long term.

While China will unquestionably need to increase domestic consumption’s role in order to maintain robust economic growth in the future, overseeing this process may not be as Herculean a task for Chinese policymakers as Hung suggests. McKinsey & Company projects that China’s middle class will expand to 472 million by 2020, creating an enormous consumer market located primarily in China’s prosperous coastal provinces. Moreover, an imbalanced Chinese economy that is stagnating would threaten the stability of the Communist Party, whose legitimacy is based on its handling of the economy and the rising incomes it delivers to its people. The current Xi Jinping government appears to understand this imperative: it has called for market forces to play a “decisive” role in the economy and has launched an unprecedented anti-corruption campaign that has netted hundreds of corrupt officials and their cronies in state-owned firms. For Chinese policymakers, a more significant challenge than shifting towards a domestic consumption and services-based growth model could, in fact, be fostering innovation. History has shown that countries near China’s level of development need to move up the economic value-added chain by producing cutting-edge products; otherwise, they risk falling into the “middle income trap.” Rampant intellectual property infringement, a heavily censored internet environment restricting access to information and an educational system that emphasizes rote memorization over critical thinking and creativity are all major impediments to a more innovative Chinese economy.

In a chapter that diverges from the overall theme of the book concerning the impediments to Chinese global domination, Hung analyzes the impact China’s economic takeoff has had on the level of global inequality (i.e., the disparity in average income between wealthy and poor nations). Many economists and commentators view China as the major driving force behind the reduction in global inequality since the early 1990s, pointing to the hundreds of millions of Chinese who have been lifted out of poverty in recent decades. Hung explains, however, that these assessments often overlook the rapid increase in inequality within China over the same period of time, and questions whether this phenomenon has negated China’s contribution to global inequality reduction.

Hung does not provide a figure for China’s current Gini coefficient—a measure of income inequality in decimal terms in which “0” represents absolute equality and “1” absolute inequality—due to varying estimates. Chinese government statistics (if they are to be believed) indicate a Gini coefficient of .469 for 2014, whereas a notable 2012 study by researchers at the University of Michigan placed China’s Gini coefficient at .55 in 2010, up from .30 in 1980. Yet, as Hung notes, the consensus among observers is that inequality in China has widened sharply in recent decades, and this is evident not only among class lines but also across the urban–rural divide and between China’s prosperous coastal provinces and poorer inner regions.