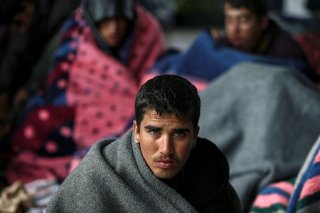 A lot has been happening in the midst of the European migrant crisis. Most notably, the political debate between EU member states is widening on how to best handle this significantly deteriorating crisis. Specifically, the Visegrad Group, consisting of Poland, Hungary, Slovakia and the Czech Republic, have opposed Brussels’ quota system on accepting refugees from war-torn areas. Criticism of the Visegrad countries, known as the V4, specifically on this ground, is unjustified, and rather than focusing on efforts to distribute thousands of migrants, Brussels must focus on helping resolve the crisis so that people are not forced to undertake this journey to Europe.

First, there is no guarantee that all migrants seeking refuge in Europe are indeed coming from war-torn regions in Syria and Iraq, and this is highlighted by the lack of documentation on hand during the current crisis. Countries might have significantly effective vetting systems but these fail to work if documentation is unavailable or can be forged. With the risk of stating the obvious, no country desires an influx of unidentified individuals.

Second, and most importantly, the V4 countries are correct in their decision on the grounds of ensuring safety and security for their own citizens. The migrant crisis in Europe has been correlated with a huge influx of crime. In Germany, which has accepted the largest number of migrants, this has increased by more than 50 percent since the previous year. This was manifested in the Cologne New Year’s Eve sexual assault incident, where most of the perpetrators were migrants.

In parallel, Europe has witnessed some of the worst attacks of terrorism on its soil since the beginning of this crisis. While most of these attacks have been conducted by their own citizens who have either fought for or supported ISIS, some attacks have seen the involvement of foreigners who have taken advantage of the migrant crisis to enter Europe. Two of the terrorists in the November 2015 Paris attacks, who eventually blew themselves up outside the Stade de France, had entered Europe on fake Syrian passports. A year later, a Tunisian man murdered a Polish driver and drove his truck at a Christmas market in Berlin, leading to Germany’s worst terror attack since the start of the crisis. In light of these events, the V4 countries have been reluctant to accept migrants. Jaroslaw Kaczynski, who heads the ruling PiS party in Poland, has asserted that security considerations are the reason for Poland’s stance. And as recent events have shown, he is right.

Third, the tug-of-war between Brussels and the V4 accentuates the argument—most notably declared by recent French president Macron—that if the EU countries such as Poland are benefiting from other aspects of EU membership, then they should also adhere to the quota system. This argument fails to take into account that these countries are willing to contribute to mitigating the crisis in other ways, such as monetary assistance. Indeed, Poland has repeatedly suggested a rise in funding to areas that are the source of the current crisis, such as Syria.

Instead of engaging with the points of view of the V4 countries, Brussels continues to admonish them for their lack of participation in accepting refugees, failing to acknowledge the fact that current efforts to resolve the crisis have helped no one, and are unlikely to help no one in the long run.

EU member states are unable to help genuine refugees in Europe, being constrained by an influx of economic migrants, domestic pressure and security threats. If the migrant crisis can be stopped at the source by an appropriate increase in funding, then it can increase the pace of reconstruction in war-torn areas. Rather than blame Poland and the other V4 countries for not accepting refugees, Brussels should engage with them to forge an effective funding and financing plan to help stopping the conflict in Syria and help develop a stable and secure environment for Syrians and Iraqis in their home countries.

Image: Refugees and migrants try to warm themselves as they take a break at a petrol station before abandoning their trek to the Hungarian border, in the town of Indjija, Serbia October 5, 2016. REUTERS/Marko Djurica.