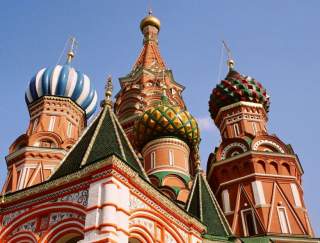 The United Kingdom’s withdrawal from the European Union—for which the majority of the British people voted in a referendum—has become an international sensation. Experts are talking about Britain having a special relationship with Europe, a people’s revolt against the elite and the powerful influence of the migration crisis. Few, however, are taking note of how the breakup of the European Union is similar in many respects to the collapse of the Soviet Union. The EU, like the old Soviet Union, is a geopolitical entity based on an ideology. Both enterprises began rupturing when reality stood at sharp odds with the ideological goals they professed. That is what prompted protesters as soon as they had the opportunity to express their own opinions and to demand that the authorities either fulfill their promises or step down.

Soviet ideology promised equality, justice, a higher living standard, and greater economic development than in the “capitalist world.” In reality, though, Soviet citizens experienced shortages of goods, unfair distribution, rule by a privileged class of political elite, and a significantly lower living standard and level of development than in the West. Characteristically, discontent first arose among those members of the ideologized elite who truly believed in the promises they had made to the people. The movement for a “true Leninism” called for a return to the ideal—to the fulfillment of those promises and the accomplishment of the goals that the ideology proclaimed. Mikhail Gorbachev came to power promising to “restore the Leninist ideals,” but ended up leading the country into collapse. The last of the Soviet leaders, he believed that the government bureaucracy stood in the way of building a utopian socialist society and that the people wanted nothing more than to find a way to achieve those ideals in practice. He therefore appealed to the people for support against the bureaucracy, confident that they would back him. But the Soviet people, who had for the first time in many years had the opportunity to express their opinion through relatively free elections, voted instead for Gorbachev’s opponents—for pro-Western liberals who promised a better future if the country would merge with the “civilized” Western world, and for right-leaning nationalists. The ideology of “the power of the people” came into conflict with the actual aspirations of the masses. As a result, the man who had embarked on a course of democratization lost power. The fact that the people still did not get what they wanted is another subject.

European society has also become more ideological in recent years. The ideology of what might be called “democratism” promised Europeans the highest possible standard of living: freedom for all; a world without borders, war, or conflicts; justice; equal rights; and democracy—that is, the decisive role of the people in political decision-making. In reality, however, EU citizens are experiencing a huge income gap between the poorest segments of society and the wealthiest businesspeople and international bureaucrats, a flood of immigrants taking jobs from locals, war in the name of democracy instead of peace, and—in place of democracy—unelected Brussels bureaucrats unilaterally making many important political decisions.

This stratification is reducing the size of the very middle class that not only provides the primary support for the existing regime and its politicians, but also, according to official theory, should have grown in size and formed the basis of democratic society. In place of traditional values, Europeans now have gay parades, gay marriage, legalized light drug and prostitution in some countries in the name of freedom, and so on. In addition, taxpayers in the most developed European countries have had to foot the bill so that an increasing number of their fellow Europeans in the far less developed countries of Eastern Europe that recently threw off the communist yoke could also experience the benefits of the European utopia.. Similarly, Soviet citizens paid for the privilege of living under communism and for providing a “socialist orientation” to numerous Third World countries—something that they did not particularly like.

Unsurprisingly, Britain’s elite that advocated expanding the European Union as much as possible and even the accession of Turkey. But that same elite forgot that the country is made up of not only university dons, London City bankers, increasingly ideologized youth, and the internationalized residents of major cities, but also the elderly, common laborers, farmers, fishermen, store clerks, patrons of small pubs, and football fans whose views and even language differ substantially from that of the elite. These people have always been dissatisfied with Brussels for very pragmatic reasons: they did not want to pay a portion of their already low salaries to achieve ideological goals—that is, to bring freedom and happiness to the people of Eastern Europe and North Africa in part by giving them their jobs.

They wanted to have a voice in solving the problems of their country, something they have never really had. That is because the British “democratic” election system follows a clever design that permits the elite to vote on certain issues while denying the same right to the people. Referendums are a rarity: Britain has held only three in its entire history. Parliament holds sovereign authority. Its members are elected in constituencies by a first past the post system and hail primarily from three parties whose leaders range from pro-EU to extremely pro-EU. Smaller parties with a skeptical view of the EU have almost no chance in that system.

Now we have a British Gorbachev—Conservative Prime Minister David Cameron—who has made the same mistake as the former Soviet leader. Cameron is the representative of a new generation of ideologized politicians that sincerely believes in the religion of democracy. This is not the dyed-in-the-wool pragmatist Winston Churchill who once said, “If Hitler invaded hell I would make at least a favourable reference to the devil in the House of Commons.” Wanting to prolong his time in office, Cameron turned to the people. He believed that if he granted them the right to vote in a referendum, they would support what he felt was his very reasonable policy of reaching a compromise between the interests of London and European democracy—that is, by staying in the EU while bargaining for the most favorable terms possible. It turned out, however, that, like Gorbachev, Cameron did not understand his fellow citizens. He failed to realize that a majority of the British people were tired of everything connected with European unity and the politicians of every party who promised a democratic heaven on earth while instead leading the country into growing economic problems for the majority and national humiliation. The result: the British people voted to leave the EU. Of course, after leaving the EU, Her Majesty’s subjects will probably fail to get what they wanted and the United Kingdom, rather than becoming a proud and independent power, will probably break apart like the Soviet Union. That, however, is another story.

Popular discontent of a similar kind clearly exists in other developed European countries as well. It is difficult to predict whether the ruling elite will give those people an opportunity to express their opinion. It is certain, however, that the elite will hold onto their cult of democracy, and that the real aspirations of the people, once they do come out, will stand in direct conflict with the ideological ideals that the elite profess. Voters everywhere are demanding change, but like the Gorbachev government, the ideologized bureaucracy in Brussels makes changes only slowly, and whatever reforms it does implement are only superficial and come too late.

That discord is already strengthening parties on both the right and left that position themselves as antagonistic toward the current elite. They are all “Euro-skeptics” to varying degrees, thus promising to make like difficult for the EU and presenting the very real prospect of its further disintegration. In any case, the ruling elite in the leading European states will change in the coming years. In some places, non-systemic parties will come to power, and in others, the more pragmatic leaders of traditional parties will adopt a Euroskeptic stance. Boris Johnson—the “British Boris Yeltsin” and a Conservative Party leader who might one day still become prime minister—has taken this approach. Donald Trump is leading a similar anti-ideological trend in the United States, and has even managed to co-opt one of the country’s two main political parties.

We have not heard the last from ideological elites in the West. They will fight to retain their authority using democratic slogans even as they put measures in place that limit democratic practices. For example, some are already suggesting that the UK referendum is nonbinding and that the sovereign parliament can annul the results of the vote. That happened in the Netherlands after a referendum that rejected association with Ukraine. Either way, the EU will have to focus for now on resolving its own problems and fighting for self-preservation.

Today, ideologues of “democratism” such as the former American ambassador to Moscow, Michael McFaul, blame the results of the British referendum on the scheming enemies of the West: President Vladimir Putin, the Islamic State, and others. This closely resembles the behavior of such Soviet Communist Party ideologues as Mikhail Suslov, who blamed all of the country’s misfortunes on the machinations of the CIA rather than on the “one true doctrine” of communism. Moscow’s policy aimed at protecting Russia’s interests, its criticism of the contradictions between the ideals and reality of “democratism,” and its willingness to point out the double standards of the West have garnered support around the world, including from anti-globalization circles in the West. This largely explains why RT programs—which may not be entirely objective, but do present an alternative point of view—enjoy such amazing popularity in a wide variety of countries. It is not, however, the result of subversive intent, but of the natural desire by Europeans and Americans to break free from an official ideology that that increasingly fails to reflect their daily reality.