The Existential Roots of the Gaza War 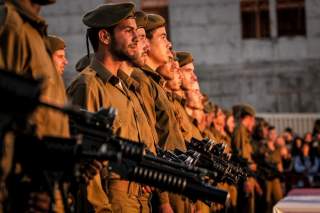 With the latest Gaza war, the third in less than five years, finally over, this is an opportune moment to reflect on the harsh realities underlying the conflict. Beyond the headlines, the often-problematic media coverage and the impassioned debates, a grasp of these realities is essential for understanding why this deadly struggle remains so difficult to resolve.

First, at root, the conflict is not about borders, blockades or “occupation.” It is existential. One side, Israel, in its official policies since the Oslo Agreements of 1994, is formally committed to a two-state solution that ends the conflict and does not jeopardize the country’s security. Though there is growing opposition and skepticism about the possibility of achieving agreement, a majority of Israel’s population agrees.

The other side, Hamas, does not want a Palestinian state alongside Israel, but rather in place of Israel. Its definition of occupation is not about the strip of land it has fully controlled since June 2007, but “from the river to the sea”, that is, from the Jordan River to the Mediterranean. Moreover, not only the notorious Hamas Charter, but its officials and even its children’s TV programs periodically call for the “slaughter of Jews”. Despite assurances to credulous Western visitors, the long-term aims of the organization remain unchanged.

Second, outbreaks of hostilities are not a “cycle of violence,” but the result of deliberate Hamas calculation. Despite Israel’s formidable military strength and advanced technology, Hamas seeks to wear down Israel by creating a climate of constant uncertainty and insecurity among the Jewish population. Rocket launches, tunneling, kidnapping and terrorist attacks even when unsuccessful represent a deliberate form of asymmetrical warfare. The measures Israel takes in retaliation (border closings, air strikes, targeted killings, commitment of troops) are welcomed by Hamas and—as in the latest violence—even deliberately triggered. Casualties among the Palestinian population, a result of Hamas’ policies of placing missiles, tunnels and fighters in the midst of civilians, become a propaganda tool to weaken Israel’s support in the outside world and in terms of the civilized standards to which Israel holds itself.

Third, despite strident internal debates, Israelis remain determined to use their power against external threat. The deadly consequences of historic powerlessness are embedded in collective memory. The heroic Polish Catholic resistance figure, Jan Karski, who brought eyewitness accounts of the Holocaust to Western leaders, memorably described the fate of the doomed leaders of underground groups he met in the Warsaw Ghetto. In his chilling words, “The Jews were powerless.” But they are powerless no more, and the will to act against lethal threats is poignantly captured in the words of leading Israeli author, public intellectual and a founder of Israel’s peace movement, Amoz Oz, in an interview with Germany’s Deutsche Welle, as follows:

Amoz Oz: I would like to begin the interview in a very unusual way: by presenting one or two questions to your readers and listeners. May I do that?

Question 1: What would you do if your neighbor across the street sits down on the balcony, puts his little boy on his lap and starts shooting machine-gun fire into your nursery?

Question 2: What would you do if your neighbor across the street digs a tunnel from his nursery to your nursery in order to blow up your home or in order to kidnap your family?

With these two questions I pass the interview to you.

Fourth, peace can’t be made by outsiders. The UN lacks the capacity to do so and is seen by Israel as a biased actor—as now with the appointment of an egregiously anti-Israeli academic to head a commission investigating Israel’s actions in Gaza. The Arab League Peace Plan (2002) might seem to offer a plausible path toward an agreement, except that its details imply that Israel must first agree to the Palestinians’ right of return—a deal breaker under any circumstances. More importantly, there is no indication that Arab states have the will or capacity to intervene. In turn, the European Union lacks the political coherence, credibility and means to play an effective peacemaking role. Meanwhile, the United States, despite its power and the uniqueness of its close relationship with Israel, has been unable to broker a peace, as Secretary of State Kerry and the Obama administration recently relearned after strenuous efforts.

Fifth, peace requires strong unitary actors. In earlier decades, Egypt and Jordan could make peace because their leaders, Anwar Sadat in 1979 and King Hussein in 2004, could speak and act authoritatively for their own people and negotiate credibly with Prime Ministers Menachem Begin and Yitzhak Rabin. In contrast, President Mahmoud Abbas has repeatedly, but unsuccessfully, called for the Palestinians to have “One authority, one gun, and one law.” He thus confronts a problem identified by Max Weber a century ago, who described the prerequisites for a state as requiring a monopoly on legitimate violence over a given territory. The elderly Abbas and the Palestinian Authority in the West Bank are not only in a weak position themselves, but lack the capacity to speak for Hamas and the Palestinians in Gaza.

In view of these realities, any final status agreement between Israel and the Palestinians, let alone the prospect of peace between Israel and Hamas, is extremely remote. This does not preclude less ambitious measures to alleviate the situation of the Palestinians and especially to improve movement, commerce and the institutions of the Palestinian Authority on the West Bank and potentially in Gaza. But absent a radical change of ideology and policy on the part of Hamas, it would take a major decline or collapse of its standing among Gazans and a corresponding regaining of stature and authority by the Palestinian Authority before major progress toward peace could occur. Such a transformation would be greatly welcome, but is nowhere in sight.

Robert J. Lieber is Professor of Government and International Affairs at Georgetown University. His most recent book is, Power and willpower in the American Future: Why the US is Not Destined to Decline.