The False Promise of Chinese Integration into the Liberal International Order 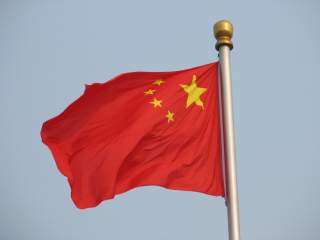 Three weeks ago, the Asia Pacific Economic Cooperation (APEC) summit concluded with a diplomatic bang. On November 12, President Obama and President Xi announced a “historic” climate-change pledge, as well as deals on military-to-military encounters, visas and tariffs. But for some, the real prize lay beneath the surface. By cooperating with China in multiple areas, Washington was able to draw Beijing further into the folds of the U.S.-designed and -backed liberal international order. Accordingly, these agreements represented more than isolated policy choices on China’s part. They suggested that even if global primacy passes from the United States to China, the latter will still uphold the rules and institutions of the international system it inherits.

Although experts will continue to debate which aspects of the order Beijing is likely to alter, the larger point is that like every other nation, China will support certain features of the system while opposing others. There is no reason to believe that Beijing will preserve every pro-American element of the bequeathed order; indeed, China and the United States clash frequently over such basic pillars of the international system as human rights and regional security arrangements, and Beijing will have little incentive to preserve these institutions—as well as many others—if and when it has the power to abandon them. For that reason alone, a Chinese world order is likely to be less favorable to American interests than the current Pax Americana, and Washington has cause for concern about China’s increasing influence.

Some commentators have applauded the string of APEC summit agreements as a “real win” for the United States because they “[keep] China in the tent or, in political science speak, reinforc[e] Beijing’s commitment to the liberal international order.” On this account, President Obama has deftly managed China’s rise by wedding Beijing to the key pillars of the liberal international order. To be sure, challenges remain: China may continue to invest in competing institutions (such as the Asian Infrastructure Investment Bank) even as it participates in Western ones. But on the whole, the APEC summit agreements “bind[] China more deeply to U.S.-backed international security, trade, and environmental regimes.”

This perspective on integration has informed American policy for decades. As Ashley J. Tellis has lucidly explained, the United States invited China into the liberal international order during the 1980s and 1990s in part because it hoped to promote economic interdependence and thereby achieve two crucial ends. First, interdependence would, like the touch of Midas, multiply riches for every state. Second and more significantly, the promise of additional prosperity would corral the interests of the system’s stakeholders into alignment and thereby quell the possibility of conflict. As a result, Washington policy makers believed that by welcoming China into key trading institutions such as the WTO, they could reinforce China’s commitment to the international order as a whole.

Although the wisdom of this integrationist policy has become increasingly contested—China continues to enhance its martial, political and economic capabilities with little sign that it has become socialized as a “responsible stakeholder” in the international system—scholars have continued to argue that China’s rise does not present a threat to the liberal international order. Perhaps most prominently, Professor G. John Ikenberry has claimed that China “is increasingly working within, rather than outside of, the Western order.” According to this view, the prevailing international order “is distinctive in that it has been more liberal than imperial—and so unusually accessible, legitimate, and durable.” As a result, the order is “hard to overturn and easy to join,” meaning that the United States should not fret unduly: China will find itself increasingly enmeshed over time in a rules-bound system that serves American interests.

The Whole Is the Sum of Its Parts

But as presented by Ikenberry and others, the China-will-integrate hypothesis rests on a false choice. According to the integrationists, Beijing must decide between either “battl[ing] over the rules and leadership of the international system” from “outside the established post–World War II international order,” or exercising its power “within the rules and institutions that the United States and its partners have crafted over the last century.” This dichotomy fails to recognize, however, that China has a third option—a mixed strategy that allows it to reshape disfavored rules and institutions, sometimes from the inside, sometimes from the outside, but always in service of its perceived national interests.

In part, the integrationist perspective fails because it mistakes a label—“liberal international order”—for an irreducible, self-contained whole. “Liberal international order” is merely shorthand for a dizzying array of different institutions, regimes, policies and programs, including those in such diverse areas as human rights, regional security, maritime law, nuclear nonproliferation, democracy, energy security, the law of war, free trade and climate change. The order is not a binary, opt-in-or-opt-out institution, but rather a smorgasbord of institutional fora and constraints from which states can largely pick and choose at their leisure. Even the most isolated nations—think Syria or North Korea—participate actively in several of these spheres, but no one would argue that they uphold the liberal international order in any meaningful sense.

But other definitions of the order exist as well. One might characterize the “liberal international order” as an institutional acknowledgement of the sanctity of individual life and choice—the premise that, as Tellis puts it, “all legitimate political order flows from inalienable individual rights that produce authority only through the consent of the governed.” Framed this way, the order looks significantly less appealing from the perspective of China, an authoritarian nation that eschews democracy and meaningful protections for individual rights.

In short, it is easy to spin the “liberal international order” in any number of ways, in part because it cannot be reduced to a single core idea or set of institutions. Instead, the order is composed of an often-contradictory mix of different policies and priorities. China supports some of these regimes, but it opposes others and will work to undermine them. Accordingly, the fact that China has worked to uphold some parts of the international order does not mean that it will be equally solicitous of all parts.

To support the idea that China will uphold rather than overturn the liberal international order, Ikenberry and other integrationists point to the fact that China is engaging with Western institutions more and more over time. It is true, of course, that China will increasingly work within, rather than outside of, the global order. But again, the true test of whether China “integrates” is not the mechanisms by which it channels its growing power, but rather, the ends it thereby seeks to obtain. In other words, if Beijing eventually demolishes the central edifices of the received global order, it will matter little whether it did so from “inside” or “outside” the system. Instead, American policy makers should be more concerned with how China intends to reshape the system.

In response, integrationists claim that the inside/outside distinction is crucial for ensuring a peaceful transition: because China is working from within the system, it will not employ force to overturn the order. That’s correct, at least to some extent. China is unlikely to lay waste to the entire international order and start from scratch. For that reason, Ikenberry is right to suggest that China is “not [a] full-scale revisionist power.”

At the same time, it’s far from clear that Beijing will not use force to defend its perceived interests in extremis. Consider a scenario where Taiwan declares independence, or one where Beijing perceives increasingly bold encroachments on the part of other South China Sea claimants. In these situations, if China broke from its decades-long record of peace, it may not overturn the entire international order, but it would certainly help to unwind a key portion of it.

In any case, there is more than one way to take down disfavored international institutions. Force is certainly the most dramatic and direct method, but discontented states have quite a few—often more effective—options at their disposal. Foremost among them is simply letting institutions fall into desuetude. International institutions are not perpetual motion machines. They need a constant and tremendous investment of political capital and other resources in order to continue running smoothly. China does not need to openly “challenge” disfavored aspects of the liberal international order; rather, it can simply let them wither away with the passing of time.