The Federal Reserve Isn't Running Out of Bullets 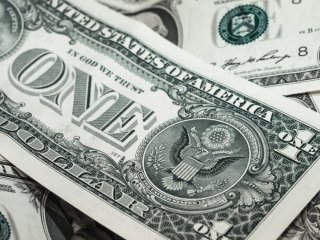 The idea seems laughable now, but when the twenty-first century began, the Congressional Budget Office was projecting that the United States would pay off its debt owed to the public by the middle of the present decade. Per the CBO’s January 1999 Economic and Budget Outlook: “The long-term projections indicate that debt held by the public, driven by continued budget surpluses, will fall below zero by 2012.” Today, debt held by the public is more than $14 trillion, so we didn’t quite make it. But while the idea of less (or no) debt seems unambiguously positive from a fiscal perspective, it raises serious, fundamental questions from the viewpoint of monetary policy.

The Federal Reserve’s go-to monetary policy instrument is the buying and selling of government debt to increase or decrease the risk-free rate. And at the start of the new millennium, the Fed was facing a future without it. Concerned about the potential fallout, it commissioned a study to look at possible alternatives. It is unfortunate in some ways that the United States did not sustain the path of its debt paydown, but the alternatives that the Fed came up with back then may provide some insight into how quantitative easing policy may evolve in the future, when central banks’ ability to purchase government debt has been effectively exhausted.

Back then, the Fed’s explorations led to greater use of repurchase agreements—a tool the Fed uses extensively to control reserves as it works to get away from the zero lower bound. Also, the now-infamous agency market (Fannie Mae, Freddie Mac and similar entities) was beginning to emerge as an ever larger and more important market in mid-1999. For economists searching for the asset class to replace U.S. Treasuries, these agencies and government-sponsored entities were the logical choice.

In some ways, the issues facing the Federal Reserve and other central banks today—and possibly tomorrow—are not entirely dissimilar to those at the turn of the century. Obviously, the United States did not pay down the majority of its debt. But the issue of how to conduct monetary policy when the primary markets and instruments it uses to do so are no longer relevant strikes at the heart of the Fed’s struggle to enact and enforce its policy decisions as the U.S. economy continues to evolve.

After all, the Fed can only purchase so many Treasuries before the market begins to look illiquid and unsuitable for transmitting policy back to the real economy—like it did in 1999 and 2000.

Some have levelled the claim that the Fed is “out of bullets,” and no longer has the ability to ease policy to any meaningful extent. But statements like this ignore that the Fed has not only done the research on how to operate in a world after Treasuries, but that it has already purchased mortgage-backed securities, and can simply request the ability to purchase other assets.

The vast majority of future quantitative easing purchases will be targeted at those assets that Fed labeled as able to be “benchmarks”—securities with deep and liquid markets that affect the prices of other assets, such as agencies and even some corporate names. This makes the assets similar in many ways to U.S. Treasuries, making them attractive for the Fed to purchase. While the Fed cannot buy corporate bonds (it would have to ask permission to do so from Congress,) it can buy almost everything else—agencies, some state and local government, foreign currency and foreign sovereign debt. This is a tremendously large pool of securities—the Fed is not running out of things to purchase in the near-term. Not to mention that agency debt was considered to be a possible viable alternative to Treasury debt in the execution of monetary policy—there is reason to believe purchasing it en masse would have an easing effect.

The Fed has already looked into how it would conduct monetary policy when Treasuries dried up. When it needs to ease policy again, there will be plenty of room left to buy more Treasuries while leaving some for other market participants. There is no reason to fear, in the age of abundant debt, that the Fed is by any means out of bullets and out of options.