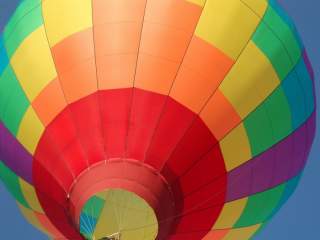 There seems to be some consternation at central banks and their proxy think tanks around the world. Granted, monetary policy has not facilitated the recoveries we have grown accustomed to experiencing in the post-war era. But the question of precisely how much more monetary policy is capable of accomplishing—beyond what it already has—remains largely unanswered.

With a string of plus or minus 2 percent growth years for the U.S. economy, less than that in Europe, and little inflation pressure anywhere, central banks appear to be at risk of losing their “hard-earned credibility” (as St. Louis Fed President Bullard has referred to it). There is a necessary distinction here. While typically the fear is losing credibility to a surge of inflation, losing credibility due to persistently undershooting inflation is just as relevant.

Now the issue is fleeting inflation pressures as the Boomer boom wanes. Sure, there are pockets of inflation and price pressures as preferences shift between generations—rising rents due to a pivot toward renting is one such area—but the Federal Reserve does not see the risk as being persistently to the upside. Oil and the dollar are likely to cause some intermittent inflationary spikes, but only of a transitory nature.

The risk the Fed faces is asymmetrical. Plenty of tools exist—and are simple to initiate—to combat inflation—selling off the Fed’s balance sheet, raising the fed funds rate, and others. But the Fed cannot seem to sustainably get inflation higher.

Recently, Fed Vice Chair Stanley Fischer that the Fed’s inflation target of 2 percent was “within hailing distance”. This is disingenuous at best. The Fed has been so far off—and for so long—that the rate of inflation needs to be 2 percent consistently. Not, as Fischer so duplicitously states, simply bump up against it.

Overshooting inflation would not be a disastrous outcome—for the economy. Importantly, sustained higher inflation would allow the Fed to get further off zero, and further from zero means less unconventional policy down the road.

San Francisco Fed President John Williams recently remarked that explicitly raising the inflation target or targeting nominal GDP would be beneficial for the Fed. St. Louis Fed President Bullard has changed his entire framework for thinking about monetary policy, and believes we are in a regime with little ability to handle higher interest rates. Between the two of them, they paint a rather unpleasant picture of the United States’ ability to work through future shocks.

Underlying the argument for a higher inflation target—and implicit in the suggestion of the U.S. economy being in both a low-growth and low-inflation mode—is something that could spur inflation and growth back to levels deemed acceptable. The question is: how exactly is it possible to reinvigorate inflation?

Williams has provided one piece—move to a higher inflation target and commit to it. Credibility issues may be raised. After all, the Fed has never made it sustainably to 2 percent, so how will it make it to 3 or 4 percent?

In the case that either approach is used, a higher inflation target means that the Fed will not fight the fiscal stimulus. The actual purpose of a higher inflation target may simply be a method of getting the most of a fiscal kick, a guarantee that the effects will be allowed to flow through to the economy without the Fed tightening to temper inflation pressures. Unlike the contractionary fiscal policy that accompanied the first few rounds of QE, the Fed would actually welcome fiscal investment inflationary pressures to flow through into the economy—since their primary firepower in QE was counteracted by contractionary fiscal conduct.

Part of the importance of this signal would be to allow market participants to anticipate the inflation pressures and react accordingly. With inflation moving sustainably higher, interest rates would eventually have to move to counteract a potential overshoot, but at a much higher level, giving the Fed and the economy plenty of room to run.

Low growth and stubbornly low interest rates require different thinking in the conduct of monetary policy. Helicopter money is not necessary, yet. But it may be without the recognition that the United States is in the Bullard economic regime, could benefit from Williams-style inflation, and should exploit any fiscal stimulus to the greatest extent possible, combatting the economic malaise.

In the context of the current Fed conundrum—wishing for higher interest rates, but having no route to the goal, maybe allowing fiscal stimulus to inflate the economy is the only way to accomplish the task without more unconventional intervention by the Fed. This is precisely the anti-Volcker mentality—there is plenty of reverse ammo to temper inflation, but few tools to stoke it. Maybe Williams and Bullard are the anti-Volckers that the United States needs.