The Federal Reserve's War on Unemployment Is Far from Over 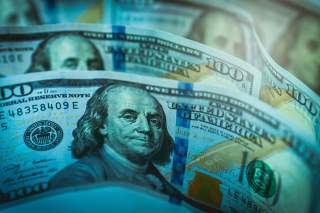 The Federal Reserve’s task is to maintain price stability and sustain maximum employment. It has enjoyed more success with the latter in recent days.

Recent employment gains of more than two hundred thousand jobs per month are impressive, though given how far along in the labor cycle we are, the U.S. economy may not produce those gains for long.

Construction employment surged in the early part of the year, likely due to the mild weather causing a pickup in employment ahead of spring. Regardless, this is an impressive pace of gains at near full employment.

Although the usefulness and accuracy of the unemployment measure have been debated (participation in the labor force is near generational lows; granted, this is partly due to retirement on one end of the age spectrum and greater education attainment on the other, but regardless of the reasons, fewer people are working), unemployment is low and employment is growing at a steady clip. The relative health of the labor market has many policymakers at the Fed stating the United States is either at or near full employment. Full employment is synonymous with mission accomplished on maximum employment.

Not only does the Fed feel it has reached full employment, it has set a relatively low bar for job creation to continue its tightening path. Gains above 125,000 are likely to suffice, meaning the Fed would be undeterred by a poor jobs report. Once the most important indicator for understanding the Federal Reserve’s policy direction, employment data are now somewhat of a nonevent. The release of the employment figures has not lost its relevance, but it has lost its spot as the driving force behind Fed decisions. This shifts the focus from employment data to inflation data. Inflation, the price stability portion of the mandate, has frustrated the Fed.

Inflation faces headwinds, most notably an aging population, but also an increasingly services based economy, slow productivity growth and large government debt overhang. Productivity growth may eventually pick up, but the demographics and services transition headwinds are long-tailed, and productivity has been stuck in a rut for an exceedingly long time.

With so many longer term forces weighing on inflation, the Fed will struggle to push inflation sustainably towards its 2 percent target. Higher oil prices may temporarily help, and elevated rents have been of assistance for quite some time. This combination may allow the Fed a brief window to tighten policy and reduce its balance sheet.

However, to be able to fully normalize (and it should be noted that “normal” is the “new normal,” not synonymous with historical averages), the U.S. economy will need to generate inflation and provide the Fed cover. And this will require consistent wage gains.

Suddenly, wages matter. They always have of course, but with employment hovering around “mission accomplished” territory, and other inflation components like rent and energy already providing a lift, wages are the last game in town. Wage growth has been perpetually lackluster during the recovery.

The Fed can claim a small victory with a rise over the past year, but wage growth remains well below prerecession levels. For the health of the consumer, wage growth is likely the most important indicator of health in coming quarters. Without a sustained increase in wage gains, consumption is unlikely to trend much higher. If the U.S. economy is going to accelerate, wages will need to do so first. This will—or should—be where the Fed refocuses its attention.

The rhetoric from the Fed feels oddly celebratory, as though the war with inflation and employment has already been won. The employment battle may have been, for now, but the war is far from over. The deflationary forces of Boomer retirements will only accelerate from here. All eyes should be on wage growth. Remember, the European Central Bank claimed victory in 2012—a laughable claim in retrospect