The Fentanyl Crisis is a Reverse Opium War 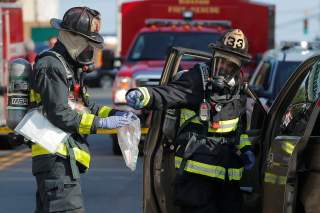 “History does not repeat itself. But it does rhyme,” is a famous quote that is often attributed to Mark Twain. Today, not only is history rhyming, but it is taking a deeply ironic turn while doing so.

One hundred and fifty years ago a two-millennia-old civilization in the East was hooked on opium and watched as its once perceived centrality in world affairs was eradicated by an upstart empire from the West upon which it was claimed that “Sun Never Sets.” Today, the inheritor of that empire’s tradition is being flooded by a synthetic opiate even as the old Eastern empire shakes off it’s century-plus torpor and seeks to unite the Eurasian landmass in a way that would have stunned that great geopolitical thinker, Sir Halford Mackinder.

We are now in a sort of reverse Opium War, except this time, it is the United States, not China, that is the victim.

Recall that at the dawn of the nineteenth century China was still the largest economy in the world. By the end of the century, it’s ruling Qing dynasty was on its last legs after being hooked on opium by the British Empire. It was subsequently defeated in a series of wars with the European powers, forced to open its ports to foreigners, and barely survived one of—if not the most—deadly civil war in human history: the Taiping Rebellion.

Yet, it was the Opium Wars that truly presaged what is now known as the “Century of Humiliation” in China. Not only would the final imperial dynasty soon fall but also a gravely weakened China would spend the first half of the twentieth century consumed by civil war. Then to add insult to even greater injury, China would find itself occupied by their assertive Asian neighbor, Japan. This vast humiliation only began to end when the Japanese were evicted from China at the end of World War II and Mao’s Communists, like the Chinese emperors of yesteryear, reunified China.

Fast forward a single generation and the new quasi emperor of China, Xi Jinping, seeks to ensconce the “China Dream” as the new guiding force for a proud nation while simultaneously and permanently laying the “Century of Humiliation” behind it. Much ink has been spilled on this rise, its implications for Asia, and the potential for the so-called “Thucydides Trap” to ensnare the current global power, America, and China, in a war.

What the foreign-policy cognoscenti have noted less often, however, is the deeply ironic twist of fate that we are witnessing every single day in America. The Opiate Crisis is very real. Every day nearly ninety Americans are dying due to an overdose on opioids. This problem is particularly problematic in the old American “Rust Belt” in the Midwest. Ohio, the state where this author lives, has been particularly hard hit with an estimated two hundred thousand Ohioans afflicted with this addiction. This has forced policymakers to scramble to fund lifesaving drugs and treatments for the addicted. Yet, it seems the crisis is overrunning all of these efforts. This is largely due not just to the opiate derived heroin, but also because of the synthetic opioid—Fentanyl. Fentanyl is 50-100 percent more potent than morphine, greatly addicting and far easier to overdose on. And today, the vast majority of Fentanyl coming into the United States comes from China.

While the Chinese government has taken some action to stem this massive flow, time will only be able to tell how successful it will be, and maybe, how successful China even wants it to be. After all, a nation that sees its vigor sapped over time through addiction and domestic fractiousness is a much weaker challenge on the international stage. Such a nation is much easier to be brushed aside by those seeking to claim their perceived rightful place in the global pecking order. Based upon history, China should know better than most.

So while the United States. continues to lose it’s geopolitical focus and wrestles with internal demons, the twenty-first century is tilting everyday away from the high flying Eagle and once more to the reawakened and rising Dragon of the East. To the degree that Fentanyl and opiates in general facilitate this process, it could be viewed as just another rhyme in the longue duree of ever oscillating rising and falling power.

Greg R. Lawson is a Contributing Analyst at Wikistrat, Inc., a geostrategic consulting firm. The views expressed in this article solely reflect those of the author.

Image: Firefighters in hazmat protection remove items from a vehicle in which several drug overdose victims were found, in addition to a powder believed to be fentanyl, in Chelsea, Massachusetts, U.S., August 4, 2017. REUTERS/Brian Snyder