The Future of OCO Funding in the Department of Defense 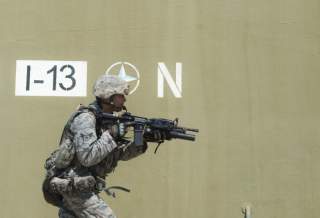 The Overseas Contingency Operations (OCO) funding mechanism has been nothing if not controversial. Since its inception in FY2011, OCO has been used to pay for the added costs of the wars in Iraq and Afghanistan. OCO funding to date has totaled more than half a trillion dollars, which has allowed the Department of Defense (DoD)[1] to meet the financial needs of those fighting America’s wars despite the chaos that has engulfed defense and other federal funding in recent years. But critics have derided OCO as a slush fund and a gimmick because it has been used to pay for defense costs not related to the wars in order to circumvent legal limits on the base portion of the DoD budget (which pays for most investment and day-to-day operating costs.)

The next administration, working with Congress, will have to sort out the arguments related to OCO and decide its fate. Should the use of OCO to pay for future contingency operations be phased out? If so, funds needed for such operations would have to transition back into the base portion of the budget. This action would prevent the use of OCO to pay non-war costs, but transitioning costs back into the base budget during a period of budget constraints would put downward pressure on defense readiness and modernization. Or should OCO be retained as a funding mechanism? Continued use of OCO might be accompanied by stronger efforts to avoid the use of OCO for non-war costs.

The history of OCO may help inform the next administration’s choices. OCO has served DoD well by ensuring that, despite the intense budgetary turmoil of recent years, military personnel in combat have all the resources that they need. OCO also solved timing problems associated with supplemental appropriations, which were used to finance wartime needs before the creation of OCO. These appropriations were sometimes passed late in the fiscal year, resulting in disruption of training and other activities.

However, in recent years OCO has increasingly been used to finance non-war activities, which undermines the budget process. More importantly, use of OCO to meet non-war needs forces DoD to pay for long-term defense requirements using one-year money, which makes planning effective use of DoD funds challenging and reduces budgetary discipline.

These lessons from history suggest that the most desirable future for OCO would restrict use of the funds to temporary needs associated with current wars—the original purpose for OCO monies. This approach would garner the benefits of OCO while avoiding key problems. However, the approach would require transferring back into the base defense budget several tens of billions of OCO dollars that are no longer directly related to wars. The base budget is subject to legally binding budget caps, which are already $20 to $30 billion below levels that the President and many in Congress believe are needed to meet military needs. Even if Congress and the new administration reach a budget deal that increases defense funding, the added funds should be used to meet military needs.

Given this situation, transferring several tens of billions of OCO funds back into the base budget would almost certainly require large reductions in military forces and modernization. These reductions are not advisable given the current national-security situation.

Instead, a new administration should make limited changes in the size of OCO—perhaps transferring small amounts of funding for newer initiatives that are not directly related to wartime activities (such as funding for the Counterterrorism Partnerships Fund and the European Reassurance Initiative) back into the base budget to demonstrate a commitment to OCO reform. However, most of the funds now in OCO would remain there, thereby avoiding adverse effects on defense programs.

In an effort to avoid still more use of OCO for non-war needs, the new administration should continue to make the case that one-year OCO funds should not be used to fund long-term needs because this approach hinders effective planning and budgetary discipline. The current administration has emphasized this point, but fresh voices in a new administration may garner more attention.

Given budget realities, it isn’t likely OCO will be going away anytime soon. Therefore, DoD and Congress need to make OCO the best possible vehicle for meeting wartime needs.

For a more complete discussion of the history of OCO and the choices for the future, please go to https://www.boozallen.com/insights/2016/08/the-future-of-oco-funding-in-the-department-of-defense.

The Honorable Robert F. Hale is currently a Fellow at Booz Allen Hamilton. From 2009 to 2014 he served as Under Secretary of Defense (Comptroller) and Chief Financial Officer at the Department of Defense.

[1] A relatively small portion of OCO (today about 20 percent) pays for contingency operations financed by the Department of State. This paper focuses solely on OCO in DoD.

Image: “Marine Gen. Joseph F. Dunford Jr., chairman of the Joint Chiefs of Staff, observes airmen assigned to the 39th Security Forces Squadron base defense operations center participate in a field exercise at Incirlik Air Base Aug. 2nd, 2016. During the Chairman's two-day visit to Turkey, he visited and spoke to US personnel stationed at Incirlik Air Base, and he delivered messages condemning in the strongest terms the recent coup attempt and reaffirming the importance of our enduring partnership for regional security as symbolized by coalition operations out of Incirlik in the counter-ISIL fight, and the importance of Turkey's contributions to both the counter-ISIL coalition and NATO alliances. (DoD Photo by Navy Petty Officer 2nd Class Dominique A. Pineiro)”