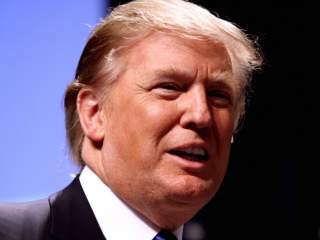 Democrats on Tuesday all but anointed Hillary Clinton as their presidential standard bearer, and in doing so ensured that their party would maintain a continuity with the governing philosophy of Barack Obama. Clinton won seven states (Alabama, Arkansas, Georgia, Massachusetts, Tennessee, Texas and Virginia), collecting in the process some 453 delegates. That brought her preliminary delegate total to about 544. Vermont Senator Bernie Sanders captured four states (Colorado, Minnesota, Oklahoma and Vermont), gaining 284 delegates and bringing his total to 349.

This put Clinton in a better position vis-à-vis her rival than Barack Obama enjoyed over her at a similar point in the 2008 nomination contest that ended in Obama’s triumph. Theoretically, Sanders could overtake the front-runner. But that is rendered unlikely by Clinton’s intrinsic vote-getting strength, much on display as the Tuesday results rolled in, and the nature of momentum politics in long nomination fights. The former First Lady and secretary of state did well among all ethnic groups, including white southerners as well as blacks and Hispanics.

Reflecting her confidence of eventual victory when she addressed supporters Tuesday night, Clinton ignored Sanders and turned her fire on the Republican front-runner, Donald Trump. “Instead of building walls,” she said, “we’re going to break down barriers.” She wouldn’t work to make America great again, she added, because “America never stopped being great.”

Throughout her campaign, Clinton has espoused a brand of Democratic politics that has become conventional party fare since Obama moved the party away from the centrism that characterized the presidency of Hillary Clinton’s husband—attacks on the wealthy, who should pay more in taxes; a path to citizenship for illegal immigrants; greater governmental intrusion into the economy; acceptance of Syrian refugees; retention of the Affordable Care Act; actions to address climate change. Clinton’s emergence represents party continuity and internal stability.

The same can’t be said about the Republican Party in the wake of Trump’s victory in seven states (Alabama, Arkansas, Georgia, Massachusetts, Tennessee, Vermont and Virginia). The New York billionaire picked up close to 200 delegates, bringing his total (in preliminary numbers) to 274, or some 125 more than his nearest rival, Texas Senator Ted Cruz, who picked up a major victory in his home state of Texas. Cruz also picked up Oklahoma and Alaska, while Florida Senator Marco Rubio won the majority of Minnesota caucus voters.

With his victories, Cruz seemed to emerge as the most credible rival to Trump’s front-runner status, though he would have to demonstrate significantly more vote-getting power than he has so far to actually challenge Trump—and probably would have to overcome widespread skepticism toward his candidacy from GOP colleagues who dislike the Texan’s brash ways. Most GOP establishment figures favor Rubio, but he lags so far in the delegate count (with about eighty-two thus far) that his challenge so far has lacked punch.

That leaves Trump with the commanding position in the GOP contest, suggesting the Super Tuesday results have become an inflection point for the 2016 campaign. More importantly, the 2016 campaign may be an inflection point for American politics. The country stands at the threshold of what appears to be a political realignment of greater proportions than the nation has seen since the advent of Franklin Roosevelt’s New Deal some eighty years ago.

The foundation of the New Deal was the American working class. To that solid base of support FDR added black Americans, up to that time loyal supporters of Lincoln’s Republican Party; Jewish liberals and intellectuals of the Northeast; the solid Democratic South (a remarkable feat given his pursuit of African-Americans; this would last only until the late 1960s); and a smattering of prairie populists in the West.

This coalition dominated American politics for the next forty-eight years, holding the White House for thirty-two of those years and, more importantly, taking firm control of Congress. From the 1930 election, Democrats dominated the House for sixty of the next sixty-four years; beginning in 1933, FDR’s party held the Senate for forty-four of the next forty-eight years. That’s what you call a governing coalition.

This commanding Democratic position began to fray in the 1970s and 1980s. First, the South broke off in response to Democratic racial policies and became a solid part of the Republican firmament. Then Ronald Reagan lured working-class Americans—the so-called Reagan Democrats—away from the Democratic Party, which increasingly seemed inattentive to their interests, if not actually dismissive. Horace Busby, following his days as a top aide to President Johnson, developed a thesis that the Republicans held a “lock” on the electoral college based on its standing in enough key states to capture the necessary 270 electoral votes for White House victory. “The Electoral College,” he said, “. . . is a Republican institution.” Democratic pollster Patrick Caddell added that the electoral system was “nothing less than an electoral Matterhorn” for Democrats.

But then came the two-term presidency of Bill Clinton and, eight years later, the two-term success of Barack Obama. And political experts began to view the Electoral College differently. The concept of the “Blue Wall” emerged—that the Democrats now dominated enough states in the Northeast, the Far West and in the Great Lakes area to ensure their own Electoral College “lock.” It was pointed out that, over six electoral cycles, Democrats won eighteen states from these regions totaling 242 electoral votes, just twenty-eight short of the needed 270. Through those same six elections, the Republicans could command only thirteen states totaling just 102 electoral votes.

The key to this, according to the conventional wisdom, was demographics—large infusions of non-white voters tilting the country to the left and tipping the scales in favor of Democrats in key states. The mantra went up among liberal commentators and analysts: “The game is over,” they said to white voters uncomfortable with the trend. “You lost; get used to it.”

What these commentators and many others didn’t see was an underlying development in American society destined to send shock waves through the nation’s politics. It generated a rumbling within elements of the electorate that presaged an inevitable political volcano, which now is in eruption.

Much has been written about the so-called hollowing out of Middle America, the decline of the working class, the impact of the “culture wars” on ordinary Americans with traditional views, the loss of factory jobs, the fallout from unchecked immigration, the disintegration of traditional values among population groups that once personified those values. These are the losers of globalization, and their experiences in today’s global economy have been stark. Commentator David Frum, writing in the Atlantic, points out (based on figures from the Center for Immigration Studies) that since the collapse of Lehman Brothers, 1.5 million fewer native-born Americans are working than in November 2007. Meanwhile, during that same time span, some two million immigrants—legal and illegal—have gained jobs in the country. “All the net new jobs created since November 2007 have gone to immigrants,” writes Frum.

Indeed, as social scientist Charles Murray notes, for white working-class men in their thirties and forties, participation in the labor force dropped from 96 percent in 1968 to 79 percent last year. The percentage of these men who were married also dropped—to 52 percent last year from 86 percent in 1968. Out-of-wedlock births and the drug scene also take their toll among these people, once a solid source of civic stability. Writes Murray, “Consider how these trends have affected life in working-class communities for everyone, including those who are still playing by the old rules. They find themselves working and raising their families in neighborhoods where the old civic culture is gone—neighborhoods that are no longer friendly or pleasant or even safe.”

Meanwhile, the political and financial elites are doing just fine under the prevailing system. And they are not above evincing a certain contempt toward those who issue their plaintive protest at their reduced circumstances. As Michael Brendan Dougherty, writing in This Week, puts it, “The political left treats this as a made-up problem, a scapegoating by Applebee’s-eating, megachurch rubes who think they are losing their ‘jerbs.’” Murray adds that mainstream Americans are “fully aware of [the] condescension and contempt” the elites feel toward them and are “understandably irritated by it.”

Both Murray and Dougherty argue that American conservatism, as it has evolved since Barry Goldwater’s 1964 presidential quest, has little to offer these frustrated Americans. Conservatives tout free trade, but free trade is part of globalism, and working class Americans see globalism is a big part of their problem. Conservatives want to attack governmental entitlements, such as Medicare and Social Security, but those programs remain among the few federal programs that help Middle America. Conservative institutions such as the Wall Street Journal favor mass immigration, while Middle America regards immigration—for good reason—as a major economic threat, as well as a threat to some of its traditional values. Conservatives tend to be outraged by the cultural direction of the country on such issues as abortion and gay marriage, whereas working-class Americans are too financially strapped to put those issues at the forefront of their concerns. Conservatives have turned the GOP into a party of military adventurism, but the working class knows it will bear the brunt of fighting those wars. Conservatives habitually tout the legacy of Ronald Reagan and swear fealty to his memory, while Middle Americans want solutions to the problems of today, not those of a generation ago.