The Ghost That Haunts the Chinese Navy: When China and Japan Went to War 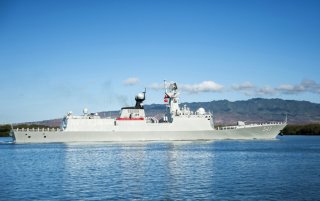 Even as Western strategists spill gobs of ink recalling the Great War that convulsed Europe a century ago, Chinese military thinkers are actually fixated on another anniversary.  120 years ago, Japan shocked the world with a lightning campaign that not only reduced the faltering Qing dynasty to its knees in a matter of months, but more to the point:  put the pride of China’s then ascendant fleet on the bottom of the Yellow Sea.

(What You May Like: 5 Japanese Weapons of War China Should Fear)