The Great Clash Explained: What Drives Dangerous Tensions between the West and Russia 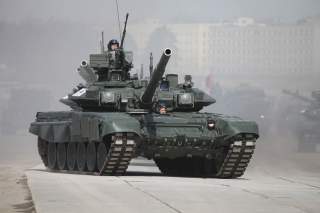 When Mikhail Gorbachev and George H.W. Bush gave the Cold War a sea burial off the coast of Malta in December 1989, one thing was clear: the Yalta system, in place since 1945 and based on the concept of delineation of spheres of influence in Europe between Russia and the West, was over. Regarding the future, Moscow and Washington, however, had widely diverging views. While Gorbachev’s spokesman, Gennady Gerasimov, proclaimed what he called a “Sinatra doctrine,” which invited former Soviet bloc countries to do it their way, the Kremlin was lost in daydreams about the coming era of U.S.-Soviet friendly condominium in the world, based on Gorbachev’s “new thinking.” The White House, by contrast, was preparing for a “Europe whole and free” and a “new world order,” which had no need or place for a co-hegemon.

The years that immediately followed saw the unification of Germany and the collapse of the Soviet Union and Yugoslavia. Over the next two decades, the Atlantic and European institutions—NATO and the European Union—virtually completed the unification of Europe outside the former Soviet Union. Russia—which was neither involved in the integration process itself, nor able to block it—was offered a relationship that, in order to succeed, required Moscow to acknowledge the U.S. global leadership, accept the EU’s values and norms and renounce its own atavistic ambitions for a sphere of influence or even a protective buffer zone. The Kremlin balked at all three. As a result, Russia’s own pretensions to co-equality were then dismissed as ludicrous, and its attempt at leading an integration process in post-Soviet Eurasia was rejected as neo-imperialist and effectively resisted. A bitter crisis followed in 2014, with Ukraine at the center of it.

A quarter-century after Malta, Eastern Europe is unsettled and Europe as a whole has reentered dangerous times. Ukraine, which Vladimir Putin even a year ago hoped would give his Eurasian Union much-needed critical mass, is clearly and probably irrevocably orientated toward the West. Putin has only been able to secure Crimea for Russia, a move that the West has branded as annexation and vowed never to recognize. After bitter fighting, part of the Donbass, with Moscow’s support, has become de facto severed from the rest of Ukraine. Its peaceful reintegration into the rest of Ukraine looks very moot. By contrast, unfreezing the conflict in the Donbass and resuming large-scale fighting in that area threatens to escalate into an all-out war, which might lead to a direct collision between Russia and NATO, which Bush and Gorbachev must have thought they had left behind after Malta.

Ukraine itself seems to have finally separated its fate from that of Russia, closing the books on centuries of common history. The war in the country’s southeast has given a powerful impetus to Ukrainian state nationalism and the process of nation-building. The prospect of Ukraine splitting into two or more parts, which would join competing blocs—i.e. the EU/NATO and Russia/Eurasia—now looks remote. The challenge Ukraine is facing is both to reform the country and to forge a modern Ukrainian political nation. To be able to meet this challenge, Ukraine will require people’s unity, elite leadership and massive, sustained support from Europe and America, something that should not be taken for granted. Ukraine’s accession to the EU will take a very long time at best, and moves to get it NATO membership could lead to a war with Russia.

Moldova, sandwiched between Ukraine and Romania, remains divided, with its fate uncertain. The November 30 election returned a pro-Western coalition government that had signed an association agreement with the EU. With both Chisinau and Kiev moving west, the situation of Russia-leaning, but landlocked Transnistria has grown more difficult. A new conflict may erupt there, particularly if Russia’s physical access to the territory is blocked. Across the Black Sea, Russia has concluded a treaty with Abkhazia, which, like Transnistria from Moldova, broke away from Georgia in the 1990s, but was formally recognized by Moscow as an independent state. The new treaty integrates Abkhazia into Russia’s security space. Meanwhile, Georgia’s other former province, tiny South Ossetia, unviable as a state in its own right, is de facto integrating with North Ossetia, a republic within the Russian Federation. Georgia itself has associated itself with the EU, and has long-term aspirations to join NATO.

Armenia goes in the opposite direction, to join the Moscow-led Eurasian Economic Union, while its adversary Azerbaijan, criticized in the West for its human-rights record, has opted for a multivector stance, relying on its oil wealth and cultivating relations with its brethren in Turkey, its clients in the West and its neighbor Russia. Turkey itself has markedly distanced itself from the European Union, which it had formally aspired to join for fifty years, to become a more independent regional player at the crossroads of Europe and the Middle East. Turkey remains a NATO ally, but one that makes the United States take its own interests into account. It also continues to cooperate pragmatically with Russia, Western sanctions against Moscow notwithstanding.

Moscow, for its part, has had problems with its own allies and partners. Despite the formal launch on January 1, 2015 of the Eurasian Economic Union (EEU), both Belarus and Kazakhstan, the other two founding members of Eurasian integration, feel wary of their sovereignty and independence vis-à-vis Russia. With an eye to Ukraine, they are also fretting about their territorial integrity. The fast-approaching economic recession in Russia threatens to drag Belarus and Kazakhstan down with it: not a very auspicious start for Moscow’s first major foreign-policy project since the demise of the Soviet Union.

Finally, Germany, whose reunification was heralded at the Malta summit, has emerged twenty-five years later as the EU’s principal member, overshadowing its longtime “tandem” partner, France. As an emerging sole leader of Europe, Berlin is revising its key relationships: with Paris, Washington and Moscow. As a leader, it also needs to take upon itself the concerns and interests of other European capitals. It is also being driven by a distinctly postmodern and fairly moralistic worldview. Russia has already felt it over Ukraine, the United States over the NSA. More is probably to come.

The summit at Malta was not the place where Europe’s post–Cold War order was agreed upon. In fact, there was no subsequent agreement that fixed Europe’s new order. The Paris Charter of 1990 only proclaimed principles, as did the 1997 charter and the 2002 final act, which were supposed to regulate Russia’s relations with NATO. For over two decades, no one in the West felt the need for that: everything was more or less decided in Washington and Brussels, and discussed within NATO and the EU. Russia’s breakout of the post–Cold War order over Ukraine has come as a shock. The lesson of the Napoleonic wars about the need to integrate a former adversary—which was forgotten after WWI, with disastrous consequences and then heeded after WWII—has been forgotten again. Malta is now history, but Yalta—the seat of the 1945 Crimea conference and part of Ukraine since the Soviet Union’s breakup—is now, after Crimea’s reintegration with Russia, a symbol of new discord.