The Greatest Challenge to U.S. National Security: A Weak Economy 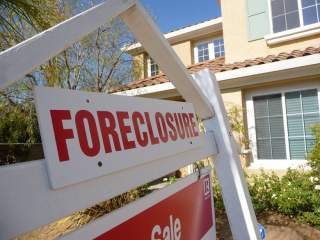 There has been a deluge of bad news for U.S. foreign policy lately—from China’s provocations in Asia to the crisis in Iraq and Russia’s predations against Ukraine. Each of these developments contributes to the erosion of the post–Cold War international order that decidedly privileged America, and each has elicited plenty of discussion about the implications for U.S. engagement in the world and its capacity for global leadership. So it is odd that news about the greatest challenge to U.S. national security—growing concerns about the long-term strength of its domestic economy—has passed by in the last week with so little comment.

Speaking to the Economic Club of New York last Wednesday, Treasury Secretary Jack Lew said that the U.S. growth rate is now projected to average 2.1 percent a year for the coming decade, a significant drop from the 3.4 percent historical average in the 1948-2007 period. He noted that “many today wonder whether something that has always been true in our past will be true in our future.” A day after, the New York Times reported that a growing number of experts believe that the economy will not rebound completely from the effects of the 2007-09 Great Recession anytime soon.

And a few days ago, the International Monetary Fund cut its estimate of U.S. growth this year to 2 percent, down from an April forecast of 2.8 percent. The U.S. Federal Reserve quickly followed suit by reducing its median forecast for economic growth in 2014 to 2.1 to 2.3 percent, down from 2.8 to 3.0 percent, which it projected just three months ago. While the Fed remains relatively optimistic that growth will exceed 3 percent in the immediate years ahead, it’s worth noting that its long-range estimates have been off for a number of years.

Secretary Lew was repeating a key finding contained in a Congressional Budget Office forecast released earlier this year. It also concluded that the unemployment rate will not fall below 6 percent until late 2017 (a finding the IMF also echoes) and expects weaker growth to result in federal budget deficits of about $7.3 trillion between 2014-23.

A December 2013 Labor Department report also noted that “Based on historical standards, the current economy seems much less robust than would be expected 4 years after the official end of a recession” in mid-2009. It judged that slow economic growth would become the “new normal” at least through 2022. And leading policy lights, such as Lawrence Summers, formerly President Obama’s chief economic advisor, have started to talk (here and here) about “secular stagnation,” the notion that the return of normal economic conditions is a long time off.

These pessimistic forecasts have direct relevance to the U.S.-China geopolitical competition now underway. Indeed, news that U.S. economic output actually contracted by a full 1 percent in the first quarter of this year arrived at the same moment that the World Bank announced that the size of the Chinese economy will overtake America’s sometime this year. True, the forecast is based on calculations of purchasing power parity, a problematic methodology when making international comparisons. Nonetheless, China’s retaking of the global economy’s top perch, which it originally surrendered to the United States around 1890, is loaded with geopolitical symbolism.

In his recent foreign-policy address at West Point, President Obama pushed back against claims that America’s global leadership is in terminal decline. He’s right to do so, since many of these claims are exaggerated and take little account of the significant problems that are starting to weigh down China’s economic trajectory, including signs of a gigantic credit bubble that has sparked talk that the country is approaching its own “Lehman moment.” It’s also true that the prophets of American decline ignore key factors, like demographic advantages and the capacity for technological innovations, which reinforce U.S. strategic power.

All the same, the news that Secretary Lew and others are passing along hardly generates confidence in President Obama’s assertions that U.S. economic primacy is secure and that America will remain “the one indispensable nation” for the century to come. Policy makers in Washington are riveted on the headlines of today’s crises, but it’s past time they start focusing on the bigger picture.

David J. Karl is president of the Asia Strategy Initiative, an analysis and advisory firm, and senior director of Geoskope, an intelligence company focused on emerging markets. He can be reached via Twitter @DavidJKarl.