The Hidden Monster Behind the Greek and Puerto Rican Crises 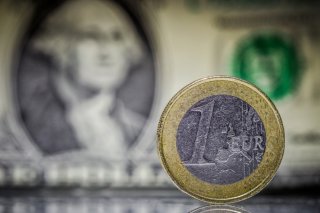 This week’s default by Greece is a considerable failure for the International Monetary Fund and the leadership of the European Union. In 2010, Greece signed an agreement with the IMF with respect to its growing foreign debt, which provided for additional financial assistance in return for economic reforms. The IMF program provided for measures to stabilize the Greek economy, but instead Greek GDP has shrunk by 25 percent and the country’s debt has grown. By October 2011, EU banks were forced to take a large haircut on Greek debt and began to transfer these exposures to the EU states.

In addition, Greece’s banks have borrowed about €90 billion from the European Central Bank (ECB) under the Emergency Liquidity Assistance program or ELA, pledging domestic loans to Greek borrowers in return for euros. In this and other cases, the officials of the IMF, ECB and other EU agencies have encouraged Greece to increase its debt rather than deal with the obvious issues of debt reduction and fiscal reforms.

With Greece seemingly headed for an EU exit, the various ECB loans to Greek banks look to be a liability for EU taxpayers, albeit one that will be monetized by the central bank. But the ECB’s actions have more than a financial significance. The ECB has advanced tens of billions of euros to Greece, effectively having the EU collectively take responsibility for these debts. Yet the leaders of the EU are still not prepared to sit down and publicly discuss a fiscal union that would include a unified approach to spending and debt for all of the member states.

The problem with Greece began when the nation was admitted to the EU using economic data that has now been shown to be inaccurate. Greece then failed several times to meet the EU rules regarding economic and fiscal benchmarks. The 2010 agreement with the IMF and the EU’s own rules required Greece to reform its economy. The Greeks have notably failed to do so. Instead, the IMF and EU officialdom has acted as enablers for inaction, lending the troubled country ever more money and then demanding repayment. Yet neither the Greek government nor its creditors seem able to demand substantive fiscal reforms that would have helped to avoid the crisis.

In Puerto Rico, likewise, the accumulation of debt by this island nation has caused Governor Alejandro García Padilla to threaten default. "There is no other option," García said, according to The New York Times. "I would love to have an easier option. This is not politics; this is math."

With a debt to GDP ratio of almost 100 percent and an economy that has been in recession for years, Puerto Rico looks headed for a debt restructuring. Of note, Padilla hired the former U.S. bankruptcy judge who oversaw Detroit's bankruptcy, Steven Rhodes, to advise him on the commonwealth's pursuit of Chapter 9 bankruptcy. Although representatives for Puerto Rico's creditors and the government are negotiating potential settlements, the Detroit Free Press reports, Rhodes said it appears too difficult to bring all sides to the table without bankruptcy.

The only problem with the idea of a bankruptcy for Puerto Rico is that sovereign states can’t declare bankruptcy; they simply default and then must try to negotiate a deal with creditors without the benefit of a judicial process. While the White House has ruled out a bailout for Puerto Rico, the Obama Administration does support legislation that would allow some of the islands public sector agencies to seek bankruptcy protection as is the case with U.S. states. But as a “commonwealth,” Puerto Rico is neither a state nor a fully independent nation

Greece is an illustration of how global bureaucrats have used tens of billions of euros in new public debt to paper over a fundamental economic problem, going against the rules of the IMF and the EU itself. Puerto Rico too has used copious amounts of debt to make up for a fundamental lack of growth on the island, a long-term malaise that has caused the island’s tax base to stagnate even as its obligations have increased and its population has declined due to immigration to the mainland.

Like Greece, Puerto Rico has a huge unfunded public pension liability, but does not have recourse to bankruptcy to address the issue. In the case of Detroit, Judge Rhodes allowed the city to cut public pensions as part of the restructuring necessary to emerge from bankruptcy. Without the judicial process of bankruptcy, however, it may not be possible for Puerto Rico to easily cut pension payments so that they match the island’s shrinking economic resources. Just as Puerto Rico’s leaders have been reluctant to tax the island’s huge underground economy, the political task of cutting public pensions is problematic.

One of the truths about credit in the post WW-II era is that sovereign debtors rarely pay back principal. The rapid global economic growth seen in the past century was supported by an expansion of the supply of public and private credit worldwide. In recent years, as debt levels have grown as a percentage of GDP and real economic growth has slowed, the willingness of regulators and political leaders to deal with debt has been limited. Holman Jenkins of The Wall Street Journal notes:

As the situations in heavily indebted nations like Greece and Puerto Rico unfold, the consistent if unstated theme is going to be a lack of economic growth necessary to support the debt load. Central banks have facilitated the accumulation of debt, often by keeping interest rates too low for too long, but they cannot make economies grow—especially when factors such as population and productivity growth are negative.

If growth is difficult or impossible to obtain, then countries will resort to currency devaluation in an effort to obtain relief. Puerto Rico is limited in its ability to adjust economically by virtue of the fact that the island is part of the dollar system, making currency devaluation impossible. The relative lack of productivity growth compared with U.S. states combined with the fact that the population has U.S. citizenship and can leave at any time makes stabilizing Puerto Rico’s economy especially challenging.

In the EU, however, the lack of productivity growth in nations such as Greece, Portugal, Spain and Italy is putting pressure on the entire euro area to devalue the currency in order to provide short-term growth in terms of exports. In the case of Greece, an exit from the euro and sharp devaluation may already be in the cards as we wrote about in a recent KBRA research note.

Following the 2008 crisis, the euro remained very strong against the dollar, arguably too strong. But TNI readers should look for the euro to decline rapidly against the dollar in coming months. Central banks have already begun to shift their reserves out of euro and into dollars, according to the International Monetary Fund. At 21 percent of official reserves, euro holdings by global central banks are at the lowest level in thirteen years. “[The] Euro is headed for weakness,” notes David Kotok of Cumberland Advisors in an interview on Bloomberg Television. “Our view is parity in the near term then down to $0.85 in the long run.”