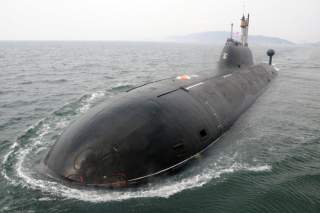 The United States’ strategic reorientation towards the Indo-Pacific has been accompanied by a heightened interest in matters maritime. In contrast to the primary theaters of the Cold War, the region’s strategic and economic geography is strongly defined by its wide oceans, narrow choke points and contested waterways. As a result, the naval profiles of Asia’s two great rising powers, India and China, have attracted a hitherto unprecedented level of attention.

Meanwhile, the very nature of maritime competition appears to be undergoing a radical transformation. The proliferation of precision-guided weaponry has resulted in the erection of increasingly formidable land-based reconnaissance-strike complexes, structured around dense constellations of anti-access and area denial (A2/AD) complexes. The growing ability of coastal states to both locate and prosecute mobile targets offshore has raised questions over the survivability of expensive, high-signature surface vessels, and maritime competition is increasingly being driven underwater. While much commentary has been made on the drivers and motivations behind China’s growing submarine fleet, the Indian Navy’s perception of the undersea domain has only infrequently been discussed. How do security managers in New Delhi view issues such as undersea warfare or the future of subsurface competition in the Indian Ocean? What are the Indian Navy’s priorities in terms of subsurface force structure and anti-submarine warfare (ASW)? How close is it to realizing its stated objectives? And what kind of acquisitions could best help the Indian Navy shield its fleet and maritime environs from unwelcome submarine activity?

Since its inception, the Indian Navy has been a carrier-centric force with a service culture heavily geared toward blue-water operations, surface warfare and sea control. India’s 2009 Maritime Doctrine clearly reflects these organizational proclivities, stipulating that “[s]ea control is the central concept around which the [Indian Navy] is structured, and aircraft carriers are decidedly the most substantial contributors to it.” With rare exceptions, Indian Navy chiefs have been surface warfare officers or naval aviators.

Nevertheless, Indian naval planners have long had a strong appreciation of the risks posed by marauding enemy submarines and the advantages to be derived from using subsurface assets for forward-deployed sea denial and choke point–control. The sinking of an Indian frigate, the INS Khukri, by a Pakistani Daphne-class submarine in the war of 1971, features amongst the Indian Navy’s darkest hours, and security managers in Delhi have traditionally harbored a somewhat proprietorial attitude toward the Indian Ocean, fretting over underwater encroachments. Whereas during the Cold War, Indian strategists pointed to the mushrooming of U.S. submarine pens in Diego Garcia, nowadays concerns revolve more around China’s growing presence in the Indian Ocean.

Since 1999, the Indian Navy has repeatedly stated that it would require at least twenty-four conventional submarines in order to both prevail in a high-intensity conflict with Pakistan and deter extra-regional powers. This force structure has been sanctioned by India’s Cabinet Committee on Security (CCS), and was reportedly reiterated in the most recent version of the Indian Navy’s classified Maritime Capability Perspective Plan.

Unfortunately, after a series of accidents and cascading delays, the Indian Navy’s submarine flotilla has shrunk down to only eleven operational boats—seven Russian Kilo-class submarines and four German HDW submarines. No new diesel-electric submarine has been commissioned for the past fifteen years, and many of the existing boats are over a quarter-century old. In October 2005, the Indian Navy signed a landmark deal for six French Scorpene-class boats. All submarines were to be built in India, at Mazagon Dock Limited (MDL) in Mumbai, under a technology-transfer agreement. For a variety of reasons ranging from reported teething problems in the absorption of new technologies, to abstruse and never-ending pricing negotiations, the schedule for delivery has been repeatedly pushed back. Indeed, whereas the Scorpenes were initially projected to join the fleet between 2012 and 2017, it now only looks as though they will be battle-ready by 2022. Project 75I, a follow-on program for six next-generation SSKs equipped with air-independent propulsion (AIP) and land-attack capabilities, was only just cleared by India’s Defense Acquisition Council, after years of increasingly desperate appeals by India’s naval officers to fast-track the process. Initially, the plan was to import two boats once a foreign vendor had been selected, then license-build the remaining four, but it now looks as though the Indian Navy has opted to construct all six boats in India with foreign assistance. It will probably take a few years to select the vendor, then another eight to ten years to build the submarines in question, rendering the prospect of them joining the fleet before 2030 extremely unlikely.

In parallel to its conventional submarine fleet, India has been investing in nuclear-powered platforms. In 2012, the Indian Navy commissioned the INS Chakra, an Akula-class nuclear-powered attack submarine (SSN), which it acquired from Russia on a ten-year lease. When it was commissioned, it was described as a potential force multiplier for India’s rapidly decaying submarine fleet, and as opening the door in the future for blue-water submarine operations. Whereas India’s diesel-electric submarine fleet is primarily located along its western coast, the INS Chakra has been stationed along its eastern seaboard—and is clearly positioned to address the Chinese threat. There have been persistent rumors of plans to lease a second Akula, although nothing has yet been officially confirmed.

The most significant development with respect to India’s submarine force occurred in 2009, when India launched its first indigenously developed SSBN, the INS Arihant. The Arihant’s reactor went critical in August 2013, and it is expected to formally join the fleet some time in 2015. At present, it is slated to be fitted with up to twelve 750-km range Sagarika K-15 SLBMs, which is considered by many Indian commentators to be “grossly inadequate." Due to these range limitations and the short refueling cycle of the boat’s nuclear reactor, it is unlikely that the Arihant will deploy on deterrent patrols any time soon, and should thus be viewed—for the time being, at least—as something of a test platform and technology demonstrator, rather than as a viable, rugged component of India’s deterrence structure. This may change in the future, however, as India continues to develop longer-range SLBMs, such as the K-4, which has an advertised range of 3,500 km, or the K-5, which is still in the design phase and projected to have a range of 5,000 km.

New Delhi is cognizant of the fact that in order to enjoy an effective sea-based deterrent, particularly vis-a-vis China, whose strategic centers are located along its eastern seaboard, it will need to develop larger SSBNs with greater missile-carriage capacity and more powerful reactors. The development of a sea-based deterrent constitutes a colossal new undertaking for the Indian Navy, whether in terms of technological development, supporting infrastructure or even in terms of nuclear doctrine and command and control arrangements. Under the aegis of Project Varsha, a large new SSBN base is being built in Rambilli, 50 km southwest of the eastern port of Visakhapatnam, and an Extremely Low Frequency (ELF) communications station was recently erected next to India’s Very Low Frequency (VLF) station in Tamil Nadu. India aims to eventually acquire a SSBN fleet of four to five indigenously produced vessels, all of which will most likely be based along its eastern seaboard. This is primarily due to the fact that the Bay of Bengal is deemed a great degree more suitable for nuclear submarine operations—and perhaps in the future for SSBN bastion development—than the shallow and congested waters of the Arabian Sea.

India’s Perception of the Undersea Domain:

India’s concerns with regard to the undersea domain are twofold. The first, more immediate concern is Pakistan, which currently operates five SSKs, three Agosta-90B submarines and two more antiquated Agosta-70 boats, along with three Cosmos-class midget submarines. Unlike India’s conventional submarines, Pakistan’s Agosta-90Bs are equipped with AIP, and senior Pakistani defense officials have intimated that Islamabad could soon conclude a long-discussed deal to procure six additional SSKs from China. Pakistani naval planners have traditionally focused on offensive sea denial and coastal interdiction. Indeed, as one former Pakistani chief of naval staff noted, “Submarines have all along been [Pakistan’s] main strength and at the heart of our naval strategy of offensive sea denial.”

For the Indian Navy, acquiring and preserving the ability to successfully establish localized sea control within cluttered and bathymetrically challenging waters is of critical importance. If India can no longer credibly threaten Pakistan’s sea lines of communication or operate within strike range of Pakistan’s major ports, it will lose its capacity to translate its naval superiority into effective coercive power. New Delhi would find itself deprived of one of its few viable options to impose costs on Pakistan, and India’s ability to dissuade Pakistani acts of subconventional provocation would find itself further reduced. An addition of another six submarines to Pakistan’s inventory could severely impede India’s ability to exert sea control along Pakistan’s Makran Coast. India’s surface fleet might experience difficulty in locating and prosecuting Pakistani diesel-electric and midget submarines, particularly if they chose to “bottom” and evade sonar detection by settling on a shallow seafloor, switching off their engines, and closing their seawater inlets. Even the hypothetical presence of such platforms deployed along Pakistan’s coastline could create a “subsurface threat-in-being” for the Indian Navy and discourage it from deploying some of its more valuable assets.