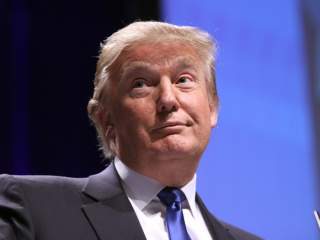 The Republican Party is very likely to nominate for president, for only the second time in its history, someone who has never sought election before, been a cabinet officer (like William Howard Taft, 1908 and 1912; and Herbert Hoover, 1928) or served in a senior combat position (like John C. Fremont, 1856; U. S. Grant, 1868 and 1872; and Dwight D. Eisenhower, 1952 and 1956). The only precedent was utilities lawyer and public intellectual Wendell L. Willkie, in 1940. To select a person with no public-sector experience at all in such complicated times as these is a hazardous return to the concept of the citizen-leader. But an apparent majority of Republican voters, as well as many Democrats, feel there is no other choice.

The country has been turning the rascals out and replacing them with even less impressive rascals. The people rejected George H.W. Bush for Bill Clinton in 1992, with the semi-deranged billionaire Ross Perot splitting the Republican vote, and then took Congress away from the Democrats and gave it to Newt Gingrich and Robert Dole. George W. Bush and Al Gore effectively drew the 2000 election, but the people took Congress away from the Republicans and gave it to Nancy Pelosi and Harry Reid, and elevated Barack Obama amid a heavy rejection of Bush and euphoria over a nonwhite president, but have been seriously disillusioned and have given the Congress back to the Republicans led by Mitch McConnell and, now, Paul Ryan.

The people are right to be disgusted with the entire political class. Americans, unlike many other citizenries, are not accustomed to their governments being manifestly incompetent, venal and an embarrassment to the entire nation. That is what has happened—and it is little wonder that the country is seeking the renovation of national leadership in unfamiliar places. The last twenty years have seen huge current account and trade deficits, and the legislative and executive branches’ creation of many billions of dollars in commercially unjustifiable mortgages, with the resulting immense housing bubble and Great Recession. They have seen costly and fruitless foreign wars, creating international chaos and humanitarian disaster in the Middle East and playing directly into the hands of the Iranian theocrats, who have been rewarded for their support of terrorism with a green light to develop nuclear weapons. And they have seen the doubling, in seven years, of a national debt accumulated over 233 years of American independence.

The United States has waffled and blundered on antimissile defenses for the Czechs and Poles, the conflict in Libya, the “red line” in Syria, Iran’s right to nuclear arms, and Ukraine. The Western alliance has become a ludicrous talking shop, and the United States a virtual laughingstock, in foreign and security policy. It occupied much of Iraq twice, and left abruptly on both occasions; most of the country is now under Iranian occupation or influence. The United States, followed by parts of the bedraggled Western alliance, is ostensibly aligned with Russia and Iran against ISIS in what remains of Iraq and Syria, but is also contemptuously opposed by Russia and Iran in the contest between the embattled Assad regime and the Western-sponsored Syrian faction that is fighting both Assad and ISIS. It is impossible to imagine any previous modern U.S. presidents so badly misleading the alliance and immersing the West in such a hopeless imbroglio. The foreign policy of the Obama administration appears to be to tell America’s traditional allies and adversaries to swap roles.

It has been a public-policy Gong Show. The country that first proposed the “quarantine” of aggressor states; sustained Britain, Canada and their few allies with unlimited military supplies on long-term credit as they stood against Hitler and Mussolini; led the Western allies to victory in World War II over Nazism, fascism and Japanese imperialism; and then conducted the Western alliance to the nearly bloodless triumph of democracy and the free market in the Cold War—the same United States has so far failed in an era when it has been the world’s only superpower. Naturally, the American people want a president who is not complicit in this ghastly sequence of fiascoes. It is not difficult to imagine the appeal of an undoubtedly successful captain of industry who carpet bombs his opponents with politically incorrect statements and insults with the endearing aplomb of television working-class reactionary Archie Bunker, even when this has led to a number of regrettable infelicities.

The American political class ignored for decades the gradual illegal infiltration of the country by twelve million peasant immigrants, and has concluded trade deals with many countries that entrenched trade deficits that effectively imported unemployment into the United States. Senator Marco Rubio, as he graciously withdrew from the race for the Republican nomination, acknowledged that Donald Trump had foreseen a “political tsunami” that none of the other candidates had. The public has a right to know why they didn’t, and to reward the candidate who did.

On these themes, Trump entered the campaign with a bang, and rounded up a large number of working- and lower-middle-class voters who felt threatened by migrants and unrepresented by elites who don’t care about the economically vulnerable section of the workforce, having squandered American economic strength and national credibility. Insightful commentators such as Peggy Noonan and Mark Steyn have seen and described this phenomenon clearly, while the traditional conservative intelligentsia gathered around National Review, the Weekly Standard and Commentary have reacted like an offended dowager to the coarsened discourse. They seem to feel deprived of an entitlement to take the Republicans back to the right of Ronald Reagan. They have inadvertently made common cause with the liberal Democrats—with a conspicuous lack of success—and are in danger of marginalizing themselves.

As Trump has advanced through the primaries and to the edge of the nomination, he has begun to seek support from less angry and more cerebral voters. His tax proposals are sensible, if a little imprecise, and his major foreign-policy statement on April 27 is a cogent outline of a clear definition of the U.S. national interest. It is neither impetuous as George W. Bush nor as defeatist and contra-historical as Obama. Trump is almost unstoppable as the Republican nominee now, and is already shifting fire to Hillary Clinton. In their only direct clash to date, when Senator Clinton called him a sexist, he shut her down easily by remarking that her husband, to whom she owes her prominence, was the greatest sexist in American political history and that she facilitated his behavior. Senator Clinton’s many untruths, even on absurd issues such as being fired on by snipers in Bosnia, and her lack of a serious record of public achievement, as well as the spirit of change and the unpopularity of the Obama administration to which she must affect some fealty, make her very vulnerable.

The election of Donald Trump as president is now a very reasonable possibility. Among its effects would be a salutary house-cleaning of the federal government, a process of renewal that would doubtless have lapses of taste and judgment, but that would revitalize American public life. The Bush dynasty was an accident of continuity following the very successful Reagan presidency, and it came to have a stifling influence on the Republican Party. The premature defeat of George H. W. Bush by Bill Clinton led to the even more precarious myth of the Bush-Clinton co-dynasty, as there was no excuse for Clinton winning the 1992 election. Barack Obama interrupted the Bush-Clinton alternation by seizing the moment for an admirable and nationally heartfelt gesture of tolerance and broad-mindedness, but he has been a disastrous president.

In the United States, political renewal occurs when it must, and in a peculiar, always surprising and ineluctable way, the office does seek the man (or woman). When Donald Trump leaves Cleveland in July, he will probably be the nominee, and if he continues to recalibrate his campaign to a broader base, the office will seek him. Many of the minorities to whom the Clintons (and even Obama) have given almost nothing but the relentless utterance of clichés and bromides will embrace his appeal—more than the polls now register. As a massively recognized but politically new face, who has focused the election on the real and previously unexplored issues, facing a shop-worn candidate very widely seen as corrupt and unproven despite her longevity in the corridors and anterooms of misgovernment, Donald Trump should be very formidable.

Conrad Black is a writer and former newspaper publisher whose most recent book is Flight of the Eagle: The Grand Strategies That Brought America from Colonial Dependence to World Leadership (Encounter Books, 2013). He is chairman emeritus of the National Interest.