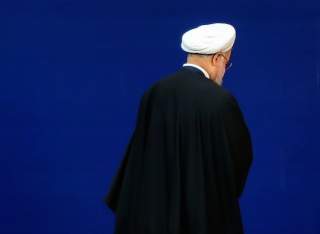 The Joint Comprehensive Plan of Action (JCPOA) has now been in effect for a year. It has withstood multiple political tests in Washington and Tehran and its key provisions have thus far been implemented by Iran and its seven partners (the P-5, Germany and the European Union). The short-term success of the agreement in peacefully rolling back worrisome aspects of Iranian nuclear activity and subjecting the remainder to more rigorous verification arrangements is reassuring—certainly if we bear in mind that the core of the JCPOA should remain in force for another decade or more. Yet, the future of the agreement nevertheless seems highly uncertain.

Barring an existential crisis it seems highly unlikely that Iran will break out from the nuclear restraints of the JCPOA in the next ten years, or, conversely, that Iran will totally pacify its nuclear program. Four different and more ambiguous scenarios are more plausible for the future. They could unfold in combination, perhaps sequentially. Uncertainty will remain for quite some time. These four scenarios may be described in shorthand as routinization, renegotiation, death spiral and time bomb. Each entails serious risks and few opportunities. Taken together these scenarios suggest the danger of resting on negotiating laurels hoping that the short-term gains of the JCPOA will automatically translate into a satisfactory, enduring peaceful solution to the nuclear challenge presented by Iran.

Routinization essentially envisages the JCPOA continuing to evolve into a typical arms-control agreement, lacking special attention, emphasis or visibility, certainly on the Western side. Political authorities on all sides would hardly spend any time on its implementation, relegating this task to the professional bureaucracies. The same would gradually occur at the IAEA. People would complacently assume that if the agreement has survived its acute early tests it would actually survive for its duration.

On the face of it, a routinization scenario seems most reassuring because it implies that the JCPOA will remain largely on track for its duration. Yet equating the formal survival of the agreement (even if it could be assured) with the accomplishment of its goals is misleading. Routine could be established around less-than-complete implementation. The key is to achieve effective implementation and to make that routine. Many challenges confront this more appropriate, ambitious objective.

One challenge is the emerging complacency surrounding the agreement. A second is the gradual loss—by retirement or transfer—of the political and bureaucratic supporters who sought the agreement and provided the expertise that was mobilized to negotiate it and implement its early provisions. Furthermore, as the Iranian nuclear issue is naturally eclipsed by other more pressing agenda items, bureaucratic pressures are growing to do away with the anomalous structures that were created to negotiate and begin implementation of the agreement. A case in point is the pressure to move the JCPOA implementation office in the Department of State from the Office of the Secretary to the offices normally assigned routine nonproliferation and arms-control tasks. Prioritization of resources and interagency efforts to assure effective implementation will inevitably wane. The risk that long-term funding stability will not be guaranteed to support the IAEA’s special verification arrangements in Iran is growing. Thus far, the IAEA’s reporting of its activities—another potential challenge—has been laconic and less transparent than what is either normal or desirable. These trends could increase temptations to exploit ambiguities and vulnerabilities in the JCPOA.

The risks of routinization are exacerbated by reluctance to acknowledge the limitations and uncertainties of the JCPOA. This may have been expedient for negotiating purposes. Avoiding focus on the agreement’s problematic elements may have been necessary in Washington and Tehran to avoid political defeat of the agreement. Yet these shortfalls, most painfully evident in the settlement of the Possible Military Dimensions (PMD) issue and the sample-taking procedures applied in Iran, could be managed effectively only if they are soberly noted and understood. Such attention and comprehension could then lead to contingency plans to address the unhelpful provisions. For example, more attention would be devoted now to obtaining Iran's full compliance with the Additional Protocol requirements as well as effective implementation (that thus far remains elusive) of the JCPOA key clauses pertaining to weaponization activity and the Procurement Channel.

Fundamentally, with international business and political ties with Iran growing, routinization runs the grave risk of generating a false sense of confidence in the integrity of the agreement. Worse still, there is a real possibility that heavy pressure will be exerted on intelligence communities and the IAEA (as well as within its ranks) not to rock the boat even if concerns arise or at least uncertainty grows whether the JCPOA indeed is being faithfully implemented. The Joint Committee set up by the JCPOA to politically oversee the special IAEA verification in Iran and resolve disputes does not (yet?) inspire much confidence in its ability to address these concerns.

The entire process of negotiating the JCPOA was marked by stiff resistance to several of its likely provisions from countries not formally involved (such as Israel and Saudi Arabia) and from formidable detractors in both the United States and Iran. (Some of these critics, of course, objected to the whole approach towards Iran.) This criticism, regardless of its merit, has not subsided since the agreement has gone into effect. In Iran and the United States, potent actors press to circumvent or undermine the agreement in the hope of either scuttling it altogether, or at the very least formally or practically renegotiating some of its provisions.

A new president will take office in Washington in January 2017. Iranian politics, ahead of next year's presidential elections, is witnessing another vicious cycle of conservative-moderate struggle. The nuclear agreement and the potential it represents for reprioritizing the domestic Iranian agenda are now subsumed under a conflict over the normalization of relations with the United States. But even before the political transitions in Washington and Tehran take place, political actors are positioning themselves to reshape certain features of the deal, be it through bilateral discussions among two or more of the partners or through unilateral steps.

For example, Iran is intensely trying to extract from the United States and Europe greater guarantees on both easing of economic sanctions and providing assurances to its business partners. Iranian officials at the highest levels implicitly link the economic issue to Tehran’s ability (political will) to honor its obligations under the nuclear bargain going forward. Iran is actively endeavoring to get the United States and others to accept with equanimity its blatant violations of the United Nations Security Council (UNSC) resolution 1929 on conventional arms transfers, missile tests and the travel ban on several of its officials. It is resisting efforts to make its JCPOA obligation to procure certain nuclear items through a new UN-based channel encompass broader requirements under the related UNSC resolution. Tehran also seeks to leverage the nuclear deal to motivate the United States to acquiesce to Iran’s otherwise disconcerting regional behavior in Iraq, Syria, Lebanon, Yemen and even toward Hamas. At the same time, the U.S. Congress is considering various measures designed to check aspects of Iranian activity it deems most worrisome. New congressional requirements, for example, mandate that any foreigner, including European, who has traveled to Iran must now go through the cumbersome process of obtaining a visa to visit the United States.

Obviously some of these undertakings on both sides are politically (rather than strategically) inspired, designed to gain support, appease or at least partially accommodate domestic critics of the deal. But regardless of the motivations, the combined effect is to entangle the JCPOA in very real issues that nevertheless lie outside its four corners. For Iran (and especially its more moderate faction hoping to capitalize politically on the JCPOA gains), general discomfort is caused by UNSC resolution 1929 and its implementation imposing restrictions on Iran's ballistic missile and conventional arms activity, as well as a symbolic travel ban on several high ranking officials, and threatening it with additional sanctions if it, as has been the case to date, fails to comply. This predicament is aggravated by the disappointment (perhaps unwarranted) over the modest economic benefits (thus far) the deal yields mainly due to the timidity of business entities who fear running afoul of the remaining (and possibly upcoming) U.S. sanctions. This suggests that an effort to renegotiate some aspects of the JCPOA is not far off. For their part, prominent Republican leaders, including Donald Trump, also have suggested renegotiation. Yet it is highly uncertain that renegotiation, even with the consent of all pertinent parties and pursued for the noblest of intentions, would ultimately be able to salvage the deal rather than wreck it.

It is possible that the discontent and maneuvering described above signal skepticism and/or opposition to the JCPOA that could not be redressed by renegotiation. But these signals could also be interpreted as early indications that one party or the other is no longer content with the JCPOA, be it on its nuclear merits or because a party senses that the deal’s externalities do not pan out in a desirable direction. Thus, for example, the Islamic Republic might conclude that the existence of a deal subjects it to undue pressure to ease its hold on the economy and society. Meanwhile, Washington might find worrisome the impact of the deal on Iran's oil exports—enriching its coffers, emboldening its hegemonic ambitions and lubricating its subversive regional pursuits.