The Iran Sanctions Hangover Is Not a Liability 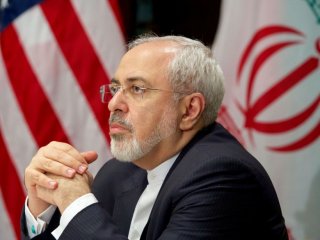 Paul Pillar asserts that the complex nature of U.S. sanctions, such as those imposed on Iran, can reduce the leverage the U.S. enjoys in coercing target states. He argues that the complex structure of the sanctions regime has made dismantling it difficult, and this has consequently slowed the thaw in trade relations between Iran and a Europe wary of breaching U.S. regulations. Therefore, if the United States is to maintain its leverage in sanctioning events going forward, it must recognize that facilitating sanctions relief may be as important as the sanctions themselves.

While the process of removing the sanctions has indeed been slow, Pillar provides no logical reasons for why this takes away from U.S. leverage. Instead, he bases his argument on a wager: if future sanctions targets believe they will not realize substantial and immediate sanctions relief upon compliance with the demands of the sender, they will be unlikely to change their offending policies.

This view is mistaken for several reasons. First, it is unclear why a target state would choose more onerous sanctions, or the possibility of war, over slow but steady sanctions relief. Second, a lag between the lifting of sanctions and an increase in foreign trade and investment does not fundamentally change the nature of a sanctions regime. Pillar treats sanctions imposition and sanctions relief as distinct policies, an understandable position. However, as part of an overall sanctions strategy, the “sanctions hangover” does not counteract the coercive power of the sanctions, but augments it by increasing the time-horizon of a sanctioning event.

Moreover, this extended time-horizon serves to increase Washington’s leverage in several ways. As noted by multiple studies, the act of threatening sanctions is often more effective than their imposition. If target states understand that noncompliance with a sanctioner’s threat will lead not only to the imposition of sanctions, but further economic and reputational damage upon the lifting of those sanctions, they may be more willing to settle before sanctions are imposed.

If sanctions are imposed, the period after the lifting of the sanctions can also provide an opportunity for the United States to strengthen diplomatic relations with the former target and attempt to steer their economic policies in a direction amenable to U.S. interests and those of its allies. As the sanctions are but one of the reasons Iran has struggled to gain access to Western financial markets, the slow dismantling of the sanctions regime can be seen as an opportunity for engagement with Iran. The United States has indeed been active in working with European financial institutions concerning ways to avoid coming into conflict with U.S. regulations, demonstrating to the Iranian regime its commitment to encouraging economic engagement with Iran, as far as is currently possible.

Further, Washington and its European allies surely wish to see Iran come into compliance with modern money-laundering and terrorist-financing laws. Increasing its engagement with Iran, in the form of consulting Iranian firms and the Iranian government on how best to attract foreign investment and trade in foreign markets, and pressing the government to make the necessary legal changes can therefore increase U.S. influence in the region while serving U.S. economic interests and national-security interests.

Further, Pillar draws conclusions that do not follow from his hypothesis, and more importantly, misses the most important argument concerning the role of sanctions in furthering U.S. leverage over target states. Echoing Treasury Secretary Jack Lew, Pillar argues that complicated U.S. sanctions regimes may serve as further evidence for revisionists to advocate for a move away from a dollar-denominated financial system. However, drawing evidence for this argument from the Iranian case greatly overstates this threat. The broader sanctions regime against Iran consisted of multiple rounds of UN, EU and U.S. sanctions, and were “the most severe and strictest sanctions ever imposed on a country,” in the words of former Iranian president Mahmoud Ahmadinejad. Therefore, these sanctions not only represent a concerted effort from a number of states, but are an outlier in the history of sanctions. While Secretary Lew is correct to counsel prudence going forward, to argue that this event may help quicken the demise of the dollar-denominated financial system is a stretch.

On top of that, such an argument rests on the assumption that sanctions against a pariah state such as Iran will help drive powerful and economically integrated states to change the international financial system—an unlikely scenario. Even more importantly, yet largely absent from discussions of U.S. sanctions, is the fact that such onerous sanctions are an expression of power unique to the United States. The EU, as a bloc, can also also impose devastating sanctions, and China will likely be able to do the same in the coming years. But in the current order, the United States is the only country in a position, economically and technologically, to unilaterally cripple a state through sanctions.

In all, to argue that by extending the pain imposed on a target state, a slow economic recovery from sanctions decreases U.S. leverage is to miss the several ways in which U.S. leverage may be augmented by such a situation. Much like for a person who suffers a devastating injury, the road to recovery only begins with setting the bone and suturing the wound. It is the painful physical therapy that determines their future prospects. In the case of Iran, the United States can, and should, use this time after sanctions have been lifted to increase dialogue and engagement with Iran. Washington should work closely with financial institutions in allied states to increase confidence and credibly signal to the Iranian regime that they are serious about bringing Iran back into the fold, contingent on their giving up their nuclear ambitions, and signal to prospective target states that U.S. sanctions cast long shadows.

Timothy Turnbull is a PhD Candidate in Political Science at Brown University, focusing on economic statecraft and realist conceptions of international political economy. He is currently writing his dissertation on the effects of multilateral bargaining over UN targeted sanctions.