The Island Dispute No One Is Talking About 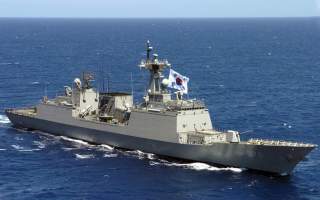 Acrimonious territorial disputes between East Asian nations involving largely uninhabited islands are nothing new, and they have received an abundance of attention from foreign policy officials and the news media. But nearly all the attention has focused on China’s quarrels with Vietnam, the Philippines, and other neighbors regarding the South China Sea, or on the even more dangerous confrontation between China and Japan over the Senkaku/Diaoyu Islands in the East China Sea.

Yet there is another nasty dispute that threatens the serenity of the region: the continuing feud between Japan and South Korea over two islets, called Takeshima in Japan and Dokdo in South Korea. The quarrel may seem petty, primarily involving control of fishing waters, but given the damage that it is doing to bilateral relations between two prominent U.S. allies, it is a worrisome situation.

The territorial spat between Tokyo and Seoul has gone on for more than six decades. Just months after Japan signed a peace treaty in 1951 with the United States and other nations that it had fought in World War II, South Korea delineated a sea border that incorporated the two islands. Seoul proceeded to establish formal administrative control three years later. Japan objected, noting that it had officially claimed the area in 1905. That assertion probably intensified the irritation of South Koreans. It is impossible to understand the extent of the emotions on both sides without taking into account the troubled history between Japan and Korea. Koreans still fume about the humiliation of Tokyo’s annexation of the Korean Peninsula in 1910 and the often brutal colonial rule that followed. From the standpoint of South Koreans, the Japanese claim to Dokdo is simply another manifestation of that exploitive imperial land grab.

(Recommended: If China and Japan Went to War: What Would America do?)

As noted, the two countries insist on different names for the islets. Indeed, they cannot even agree on the name for the body of water surrounding the rocks. To Japanese (and most of the world), it is the Sea of Japan, but South Koreans insist on calling it the East Sea.

Although the dispute over the islands has existed for decades, it has noticeably intensified over the past ten years after Tokyo explicitly laid claim to the territory in its annual defense reports. Seoul was angered by that move, but Japanese leaders were even more upset in 2012 when then-South Korean President Lee Myung-bak became the first South Korean leader to make an official visit to the islands. Tokyo was sufficiently miffed to recall its ambassador from Seoul.

Matters have escalated sharply in recent weeks. Last month, the Japanese government sent a Korean language version of the summary of its 2014 defense white paper showing the islands as Japanese territory. This was the first time that Tokyo had delivered a summary of the document containing that claim directly to the South Korean defense ministry. The ministry immediately blasted the move as a provocation.

On February 12, Japanese Foreign Minister Fumio Kishida described the islets as “Japan’s indigenous territory” in a parliamentary address. That stance was more explicit and uncompromising than the position taken by any of his predecessors. The South Korean government reacted immediately, declaring that “Dokdo” was indisputably Korean territory “historically, geographically and under international law.”

The populations of the two countries have become increasingly engaged in the quarrel. One resident of the closest Japanese island to the disputed area, Okinoshima, stated that in the past most people didn’t “really care about Takeshima.” But now there was “a backlash against South Korea’s control.” He added, “as Japanese, our blood boils” about the issue.

Emotions on the South Korean side are rising too. The Korea Times reports that an enterprising baker decided to make loaves of bread, which he promptly labeled Dokdo bread, in the shape of the two islands. “I was really angry when I heard a Japanese baker made the so-called ‘Takeshima bread’ last year,” he stated. He contends that the story of the bread “has gone viral among online users” and that sales are growing briskly.

It might be tempting for outsiders to smirk at the emotions bubbling up around a parochial territorial dispute. But the Takeshima/Dokdo quarrel is a major factor inhibiting Japanese-South Korean cooperation on regional security issues. It is one reason why South Korean President Park Geun-hye has repeatedly rebuffed Japanese Prime Minister Shinzo Abe’s request for a summit meeting. Washington continues to press Seoul and Tokyo to resolve their differences on this and other controversies, including Japan’s reluctance to offer adequate compensation to the families of World War II “comfort women”—primarily South Koreans who were pressed into sexual service to Japanese military personnel. A reconciliation between Seoul and Tokyo, the Obama administration believes, is imperative to facilitate meaningful trilateral cooperation to deal with North Korea’s disruptive behavior and China’s looming power in the region.

Robert Dujarric, director of the Institute of Contemporary Asian Studies at Temple University in Japan, warns that Tokyo “has zero chance of getting any Korean concession on the rocks.” He adds that “this Takeshima claim only helps China and North Korea and makes life harder for the U.S.” American officials might wish that the Takeshima/Dokdo territorial spat would go away, but it shows no signs of doing so. Indeed, it is joining the other, more famous islands disputes in creating geopolitical turbulence in East Asia.