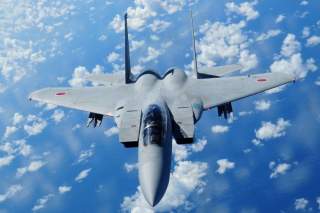 As Japanese Prime Minister Shinzo Abe arrives in Washington for a summit meeting with President Obama and to give an address to a joint session of Congress, the U.S.-Japanese alliance is at a critical turning point. Because U.S. officials are increasingly concerned about China’s growing economic and military power in East Asia, they look to Japan to play a more vigorous security role. That is a major change in attitude. A little more than two decades ago, General Henry Stackpole, commander of U.S. Marines in Okinawa, opined that the United States was the “cork in the bottle” preventing a resurgence of Japanese militarism and the fears that such a development would engender throughout East Asia. Stackpole may have been undiplomatic, but his views accurately reflected the wariness of U.S. policymakers about Japan playing the role of a normal great power in the security arena.

Such an attitude is no longer much in evidence. During the George W. Bush’s administration, the United States prodded Japan to take on more security responsibilities. U.S. leaders wanted to transform the bilateral alliance, focused primarily on defending Japanese territory, into a regional crisis management alliance able to deal with security threats that might not directly menace the Japanese homeland. The Obama administration has adopted a similar stance.

And Japan has responded favorably, especially under Prime Minister Abe. A small but noticeable Japanese arms industry has begun to sell sophisticated weapons to other countries, including nations that might serve as strategic counterweights to China. Abe is reinterpreting Article Nine of Japan’s Constitution to permit the country’s forces to participate in collective defense ventures instead of just strict self-defense missions. The prime minister intends to send legislation to parliament in May that would enable Japan to supply fuel and ammunition to U.S. military units anywhere, if Tokyo judges its national security to be at stake. That could mean Japanese assistance if U.S. ships or planes became embroiled in the volatile South China Sea territorial disputes between China and its neighbors. Until now, the delivery of such aid has been restricted to “areas near Japan” (e.g., the Korean Peninsula and its surrounding waters) where Tokyo has a direct and obvious security interest.

Given China’s rise as an economic and military power, the United States understandably welcomes Japan as a more serious, effective ally. But it is important for U.S. officials not to misinterpret either the scope or nature of the shift in Tokyo’s role. Despite the changes that have occurred, the Japanese government continues to adhere to the long-standing, self-imposed rule of spending no more than one percent of the country’s annual gross domestic product on defense.  Such a restriction means that Japan will spend only about a third as much as China does (according to most independent estimates) on the military for the foreseeable future. While Japan’s Self Defense Forces are modern, potent units, the gap between Chinese and Japanese military capabilities is likely to grow, rather than shrink.  Tokyo’s ambitions in the security realm would seem to be greater than its ability to implement those ambitions.

Moreover, some of the Abe government’s behavior ought to worry the United States. Tokyo has adopted an uncompromising, if not belligerent, stance regarding two contentious territorial issues. One is the dispute between Japan and South Korea over the Dokdo/Takeshima islands. The other controversy is an even more bitter disagreement with China concerning the Diaoyu/Senkaku islands. Japan has now exacerbated ill feelings with the publication of textbooks that assert the alleged Japanese historical and legal claim to those territories in an especially jingoistic fashion. Both Seoul and Beijing have expressed sharp complaints about the way those textbooks handle the territorial disputes and other issues. Chinese and South Korean officials warn that the books seem to reflect an attempt to legitimize Japan’s imperial era and its many abuses.

Other actions by Abe and some close associates reinforce such suspicions. One major irritant has been the position the prime minister and his colleagues have taken regarding the Yasukuni Shrine (where some of the individuals honored are prominent World War II war criminals). Earlier this month, Abe sent another offering to Yasukuni, angering other governments and populations in the region, and on April 23, three cabinet members paid a personal visit to the shrine.

Those symbolic gestures enrage East Asian populations who believe that Japanese leaders have never taken unconditional responsibility for World War II atrocities the way democratic Germany did. Abe manages to deepen the lingering resentment, since he has noticeably failed to repeat even the cautious apologies of his predecessors about Imperial Japan’s behavior during the first half of the twentieth century. His latest actions are consistent with previous indiscreet comments suggesting that Japan was something other than an aggressor in World War II. Some of those comments dismayed even usually supportive U.S. officials.

Such developments create a troubling geopolitical brew. One element is Abe’s abrasive conduct, including his unwillingness to atone for Japan’s historical record, a stance that alienates neighboring countries. A second element, related to the first, is a much bolder Japanese position on various issues, including potentially dangerous territorial disputes. The final element is Tokyo’s continued unwillingness to risk adverse domestic political repercussions by raising taxes to pay for the increased military spending needed to support its enhanced foreign policy goals.

Thus, Washington may end up with a more assertive ally that antagonizes China, South Korea, and perhaps other neighboring states but continues to depend on the United States to achieve its enhanced ambitions. That situation would entail more than a few risks, especially since some of Tokyo’s goals are not necessarily consistent with America’s best interests.  Although it is understandable that U.S. leaders want to see Japan become a more serious great power in the security arena, that change is not an unalloyed blessing. At a minimum, American policymakers need to view the new incarnation of the bilateral relationship with a degree of caution. President Obama should initiate a meaningful dialogue on these matters with Prime Minister Abe during his upcoming visit to Washington. Candor is needed rather than another round of fawning platitudes about the indispensability of the alliance.