This Is the Key to a Successful Trump Foreign Policy 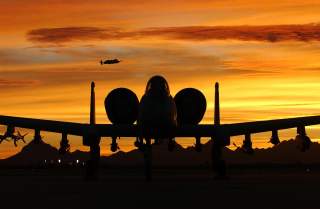 As President Trump returns from traveling to Europe and the Middle East, his administration will continue to rollout related defense and foreign-policy initiatives through multiple departments and agencies. For the purposes of strategic planning: what organizing principle might be useful to inform such initiatives and is consistent with existing statements of presidential intent?

Here is one such principle: conceive and implement strategies of pressure against U.S. competitors overseas.

Consider the bigger picture. As Ted Bromund, Michael Auslin and I suggest in a new American Affairs article, international circumstances have changed considerably over the last ten to fifteen years. The end of history has now ended. The post–Cold War era is definitely over.

For a quarter-century, the United States has had various administrations from both parties that all worked on fairly optimistic assumptions about the trajectory of international relations.

The Clinton administration hoped that democratic enlargement could be pursued on the cheap.

The Obama administration hoped that diplomatic accommodations and U.S. military retrenchment would permit the arc of history to move forward in a benign direction.

All three projects were sincere. All three declared traditional power politics to be increasingly outdated.

But in the meantime, classical patterns of geopolitics, strategic competition and international violence have not disappeared. Nor have America’s adversaries overseas. On the contrary, many of them have been able to adapt, survive—even expand. America continues to live in a competitive international arena, not just economically, but strategically. Now, the country needs to prepare for some steady, long-term competition.

Under these circumstances, there is certainly a temptation to disengage. Yet an underlying U.S. forward presence abroad remains wise. This need not require fresh interventions in every single case. Indeed, in recent years the popular and political mood within the United States has sometimes been remarkably gloomy about the benefits of international engagement.

But the United States remains by far the world’s most powerful country, with an unmatched range of capabilities, if its leaders choose to use them effectively. America’s alliance system, in particular, is a striking asset, unmatched by any other power. If these alliances didn’t exist, given ongoing challenges, America would probably have to reinvent them at considerable expense. Why throw them away?

Part of the long-term confusion has flown from a rather gauzy definition of what threatens the United States. It’s become fashionable over the years to refer to various disembodied global trends as U.S. national-security challenges, whether or not they actually are. But for a strategy to be of any use, it should refer directly to groups of human beings with hostile intent, whether at the level of national governments or non-state actors. Failed states, for example, are not automatically a threat to the United States, unless their collapse interacts with—or encourages—some significant political forces hostile to America.

In terms of threats to U.S. interests, the current challengers come in three main varieties. First, there are major power competitors, namely Russia and China. Second, there are rogue state adversaries, such as North Korea and Iran. Third, there are jihadist terrorists, including ISIS and Al Qaeda. Not coincidentally, all three varieties of actor are authoritarian.

For the most part, what the United States seeks with major-power autocracies, such as Russia and China, is robust peaceful competition. This will require a certain conceptual and material shift from previous years. There is, of course, room for diplomacy and cooperation, case by case, alongside such competition. America need not mistake competitors for bitter enemies. But also, America should also not mistake its great power competitors for friends.

In relation to these major competitors—and even in relation to rogue state adversaries—there is usually no need for an openly declared policy of direct rollback or regime change. Instead, the United States should look to impose costs, gain leverage and intensify pressure against both types of states, in regionally differentiated ways. It should look to revive the art of deterrence, precisely to avoid open warfare.

There’s also a need to distinguish clearly between friends and enemies. This entails not spending too much time hectoring our allies on their own domestic practices. The United States should defend and support its international alliances, while simultaneously resisting its adversaries. Being an ally of the United States has to mean something. Otherwise, we’ll end up with fewer allies. And diplomatically, we need to work from our alliances outward, rather than the other way around.

And in relation to jihadist terrorist groups who seek the death of American civilians, the goal must be the terrorists’ destruction.

America certainly needs to learn the right lessons from the 2003 invasion of Iraq, without learning the wrong ones. Our governments have never been especially good at predicting future wars. So the right lesson is not to be complacent, much less to build down militarily, but to take any possible use of force deadly seriously. This means great care and forethought before intervention—and then, once decided upon, acting with overpowering force and capability.

All things considered, the great challenge today is not to further liberalize or globalize an American-led order, but to simply defend that order so that it better serves U.S. national interests. Americans will always hope for the spread of democracy overseas, but for the most part our adversaries will not be quickly transformed, and the United States continues to face a number of determined competitors internationally. Let’s pay them the compliment of taking them seriously.

An effective U.S. foreign-policy strategy will therefore tap into America’s underlying strengths—which are in fact immense—to wear down and pressure numerous adversaries without wearing out the United States. Politically, the current dyspeptic mood is quite strange. But underneath fierce partisan squabbles, Americans in the past have always been able to exhaust and overcome every authoritarian external challenger thrown their way. Even Barack Obama understood this. Liberals need to regain their understanding that the greatest threat to international order is not the U.S. government. Ironically, it will now be left to the current administration to follow through on the truest words Obama ever spoke, when he addressed America’s worst foreign enemies directly, saying:

“You cannot outlast us, and we will defeat you.”

Colin Dueck is a professor in the Schar School of Policy and Government at George Mason University, and a nonresident fellow at the Foreign Policy Research Institute. His most recent book is The Obama Doctrine: American Grand Strategy Today.