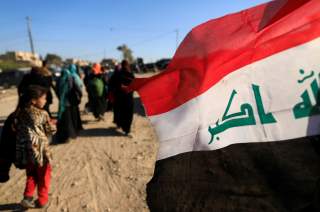 One month after formally declaring victory over the Islamic State, Iraq now turns its attention to its upcoming parliamentary elections, which will play a significant role in shaping the future of a country long plagued by civil war and sectarian strife. These elections, currently scheduled for May 12, will determine which coalition controls Iraq’s parliamentary Council of Representatives, and in turn, from which coalition the prime minister will be selected. Among the challengers to sitting Prime Minister Haider al-Abadi’s “Victory Alliance” coalition is his predecessor, Nouri al-Maliki, whose State of Law Coalition is seen by many as the most likely to wrestle control of the government away from Abadi. Such a scenario would be disastrous for Iraq, as the return to power of Maliki would undermine the fragile stability of the Iraqi peace and threaten to inflame the underlying sectarian divisions that nearly drove the country apart.

While Maliki’s prior stint as prime minister is largely viewed as a failure, his initial ascension to power in 2006 was greeted with a great deal of optimism. Tapped by the Americans as a replacement to the ineffective Ibrahim al-Jaafari, the former ex-patriot dissident Maliki was hailed as a Shia leader with enough credibility to cooperate with Sunni moderates to weed out the insurgency plaguing the newly-formed democracy. While Maliki was able to work effectively alongside the United States to disrupt Al Qaeda’s operations in Iraq, his failure to manage the ensuing peace and to adequately prevent the rise of ISIS led to his ousting in 2014 in favor of Abadi, and saw him relegated to the largely ceremonial position of vice president.

Despite both being members of the Islamic Dawa Party, Maliki has long desired to regain control over both the party and government from his successor. While Abadi has received significant credit for his role in defeating the Islamic State, he has largely failed in his effort to court stable political allies, as evidenced by the withdrawal of a number of Shia militias from his coalition on January 16. Meanwhile, Maliki has begun actively courting alliances with Iraq’s Kurdish politicians in hopes of bolstering his already significant base of support. Maliki’s ability to form a rival coalition independent of Abadi’s bloc has left the prime minister scrambling for support, and greatly increases the likelihood that a change of power will occur.

Unfortunately, a return to power by Maliki and his bloc would also usher in a return to the corruption and mismanagement that plagued Iraq during his initial tenure. To observe the impact this negligence had on Iraq, one need look no further than the degradation of the Iraqi military that occurred on his watch. Maliki used his capacity as commander-in-chief of the armed forces to appoint himself as minister of defense, which gave him almost unilateral control of the armed forces. This allowed him to politicize appointments to high-ranking defense positions and deploy a personal security brigade to harass his political rivals. Despite receiving billions of dollars in aid and years of training from the United States, the Iraqi military was beset with incompetent leadership, staffed by “ghost soldiers” who received government salaries despite never reporting for duty, prepared for battle through training exercises that, “were financed on paper but never took place in practice,” and devastated by low morale.

Equally dangerous to Iraq’s stability were Maliki’s policies targeting the Sunni minority that had previously held power under Saddam Hussein. Under the guise of “de-Baathification” Maliki sought not only to remove the vestiges of Hussein’s Baath Party from positions of power, but also to purge the bureaucracy of Sunni representation. Sunni Arab politicians quickly found themselves expelled from the government, while Sunni activists and community leaders were often harassed by the Iraqi security apparatus and rounded up on nebulous charges of supporting terrorism. Meanwhile, the Sunni militias who had been instrumental in helping to defeat Al Qaeda years earlier were not meaningfully integrated into the Maliki government, even as Maliki gave carte-blanche to Iranian-backed Shia militias operating in Iraq. To the Sunni Iraqis who make up approximately 46 percent of the country’s population, their status as second-class citizens under the Maliki regime was abundantly clear.

These failures came to head with the ascension of ISIS in 2014. Many disaffected Sunnis viewed the Islamic State as the lesser of two evils compared to the increasingly hostile Maliki government, and the woefully mismanaged Iraqi military rolled over as ISIS captured Mosul and Tikrit within a matter of days. Autopsies of the Maliki regime have largely placed the blame for the rise of ISIS at the feet of the former prime minister, citing his blatant stroking of ethno-sectarian tensions and his inability to mount a meaningful military defense against the extremist group.

While Abadi has sought to address the conditions that enabled ISIS to emerge in Iraq, many of these issues continue to exist under the surface and could be easily exacerbated by Maliki’s return to power. The majority of the fighting against ISIS occurred in Sunni-dominated areas, which caused the already marginalized group to bear the brunt of the human and economic costs of the war. Additionally, the majority of the three million internally displaced Iraqis are Sunnis, which has greatly increased the Sunni population’s dependence on assistance from their local and federal governments. While 51 percent of Sunni Arabs now approve of the direction of the federal government, 61 percent of them believe that the Islamic State may yet return to threaten their homes, indicating that there is a persistent degree of apprehension regarding the stability of the status quo.

A return to power by Maliki, a leader so prone to discrimination against Sunni Iraqis that many willingly sided with the Islamic State over his rule, would immediately erode any goodwill felt by the Sunni Arab community towards the central government. Not only would Iraqi Sunnis rightly fear a return of Maliki’s politics of intimidation, but their vulnerability in the wake of the Islamic State’s defeat would serve to compound the effects of any government-sanctioned discrimination or withholding of aid to their communities. Additionally, while Abadi has actively pursued stronger relations with Sunni states such as Saudi Arabia, Maliki’s longstanding ties to Iran could easily create a sense of worry surrounding the presence of Iranian-backed Shia militias in predominantly Sunni regions. Even if Maliki legitimately desires to improve his relations with Arab Sunnis (and there is little reason to believe this is the case), his legacy of hostility towards them would guarantee that a Maliki victory would cause many Sunnis to once again embrace anti-government religious extremism in the same way they embraced ISIS in 2014.

Furthermore, the re-election of Maliki would threaten to stop Abadi’s efforts to root out government corruption. Not only did Maliki fire anti-corruption watchdogs while staffing his government with loyalists, but a 2015 parliamentary panel accused the former prime minister of failing to discipline the corrupt military officials that bungled Iraq’s pitiful defense of Mosul a year earlier. Maliki’s willingness to tolerate corruption and incompetence in the Iraqi military led to its decisive defeat at the hands of ISIS, but it was his intentional undermining of the institutions designed to constrain his executive power that allowed such mistakes to occur at all. The fall of ISIS provides Iraq with a second chance to strengthen these institutions and strike back against the corruption that has long plagued them, and a second Maliki administration would likely result in this opportunity being squandered.

While there are still months to go before the Iraqi people cast their vote, there are plenty of reasons to be concerned with the recently announced candidacy of Nouri al-Maliki and his State of Law bloc. Maliki’s poor leadership, willingness to antagonize Iraq’s Sunni population, and history of enabling systemic government corruption would risk returning Iraq to the period of chaos and sectarian strife from which it has only recently escaped. In the interest of finally achieving some sense of stability in the wake of defeating ISIS, Iraq would be best served by keeping Nouri al-Maliki as far from the prime minister’s office as possible.