The Leftists Who Turned Right 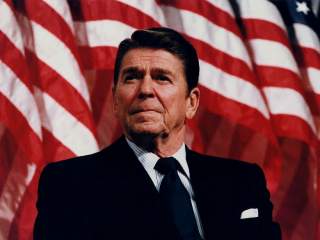 IN HIS picaresque novel The Adventures of Augie March, Saul Bellow has his youthful protagonist encounter Leon Trotsky and his entourage in Mexico outside a village church. Augie marvels, “it’s stirring to have a glimpse of deepwater greatness. And, even more than an established, exiled greatness, because the exile was a sign to me of persistence at the highest things.” It’s an observation that reflects the fascination that Trotsky, the preeminent warrior intellectual, exerted upon his acolytes over the past century. Bellow, who wrote in the National Interest in 1993 that he absorbed Marxism “in the high-chair while eating my mashed potatoes,” was himself a Trotskyist during his college years in the early 1930s at Northwestern University, along with many of his friends.

Indeed Bellow recounted that he had arranged to visit Trotsky in Coyoacán in 1940. The very morning of Bellow’s appointment to meet him, however, Trotsky was murdered with an ice pick by Stalin’s NKVD agent Ramón Mercader. Together with his friend Herbert Passin, Bellow traveled to the hospital where Trotsky had been taken:

“His cheeks, his nose, his beard, his throat were streaked with blood and with dried iridescent trickles of iodine. . . . Now we understood what a far-reaching power could do with us; how easy it was for a despot to order a death; how little it took to kill us, how slight a hold we, with our historical philosophies, our ideas, programs, purposes, wills, had on the matter we were made of.”

Decades later, as a new generation fell under the spell of revolutionary upheaval, Bellow had nothing but contempt for the latest worshippers at the shrine of Marxism. As his bleak novels Mr. Sammler’s Planet and The Dean’s December attest, he became something of a neoconservative. In 1994, after Bellow created an uproar by asking, “Who is the Tolstoy of the Zulus? The Proust of the Papuans?” he mocked his detractors in a New York Times op-ed by invoking memories of Stalinist campaigns against artists and intellectuals:

“in any reasonably open society, the absurdity of a petty thought-police campaign provoked by the inane magnification of “discriminatory” remarks about the Papuans and the Zulus would be laughed at. To be serious in this fanatical style is a sort of Stalinism—the Stalinist seriousness and fidelity to the party line that senior citizens like me remember all too well.”

IT’S A pity that Daniel Oppenheimer does not mention Bellow in Exit Right, his ambitious new study of intellectuals ranging from Whittaker Chambers to James Burnham, from Norman Podhoretz to Christopher Hitchens, who left the left for the right. Instead, Oppenheimer squeezes Ronald Reagan into his gallery of intellectual notables. Reagan, however, proselytized on behalf of conservative ideas rather than formulating them. He never went through a communist phase, but he was deeply influenced by Chambers and his testimonial memoir Witness. He was also an admirer of James Burnham and remarked upon his death in 1982 that he was “one of those principally responsible for the great intellectual odyssey of our century—the journey away from totalitarian statism and toward the uplifting doctrines of freedom.” Reagan had been a New Deal Democrat, but by the late 1940s his experiences with the Hollywood left had begun to transform him into a staunch anticommunist. Part of the shock for Reagan came precisely because he had not been immersed in the internecine political disputes on the left during the 1930s. Now he was confronted with communist activists who wanted to abolish free enterprise and create a dictatorship of the proletariat. After World War II, battling the Communists, who sought to take over organizations like the American Veterans Committee and the Hollywood Independent Citizens Committee of the Arts, Sciences and Professions, gave Reagan a new role and mission, at the very moment his movie career was faltering. And in Chambers, Oppenheimer writes, Reagan discovered an apocalyptic language that “had the power not just to persuade people but to convert them . . . to hook into and tug at their deepest ethical and spiritual commitments.” Perhaps it was Reagan’s congenital optimism, but he, unlike Chambers, never seems to have thought of himself as having joined the losing side of history and indeed presided over the end of the Cold War, much to the stupefaction of the neoconservatives—the ultimate example of intellectuals who journeyed en masse from left to right—who ended up decrying his conciliatory moves toward Mikhail Gorbachev in the late 1980s. Speaking in Red Square in June 1988, Reagan said that “of course” the Cold War was over. The term “evil empire,” he added, was from “another time.” Some on the right referred to him as “Reagachev.” In their eyes, he had become an apostate.

Oppenheimer truncates his account of Reagan in 1961, forgoing the opportunity to cover these last twists in the Gipper’s career. He is at his best discussing writers such as Burnham or Christopher Hitchens, who styled themselves as forming part of an intellectual vanguard that had a keener nose for power than most of their contemporaries. Unlike most of his subjects, who were prone to rush to the barricades no matter what political side they were fighting on, Oppenheimer’s tone is restrained, genial and dispassionate. He suggests that none of his notables became alien to their earlier selves. Rather, he seems to indicate that depending on which way you tilt the ideological prism, hints of their political coloration had been there all along.

Oppenheimer carefully examines the early work of James Burnham, the wealthy New York University philosophy professor who became a member of the Trotskyist American Workers Party during the 1930s. It can become somewhat eye-glazing to follow the internecine disputes about the true nature of dialectical materialism that preoccupied Burnham and his confreres. But Oppenheimer skillfully mines these fights to explain Trotsky’s hold on his followers. At bottom, Burnham was a romantic. According to Oppenheimer,

“What Burnham found in Trotsky wasn’t just a system for ordering, understanding, and predicting the world, but one that left room in it for individuals—heroes, really, and villains—to alter the course of its history. Trotsky spoke to Burnham not just as one intellectual to another, but as one romantic to another.”

Oppenheimer sketches the various schisms that took place among Trotsky’s American groupuscules, noting that the Trotskyists tried to cloak weakness as strength—“Internal factional fights weren’t a waste of energy; they were a ridding of the party of reactionary toxins. . . . That was how one prepared for the acquisition of power.” With the signing of the 1939 Molotov-Ribbentrop pact, however, doubts began to set in. In 1940 Burnham resigned from the movement. Trotsky fulminated in a series of open letters about his apostasies and defended the Soviet Union as a workers’ state that could, with the right leadership, stand up to capitalism. Meanwhile, Burnham had embarked upon a new intellectual odyssey: he ended up a founding member of National Review by the 1950s, where he propounded a militant anticommunism that laid the intellectual foundations for the Reagan doctrine of trying to topple the Soviet Union. How far removed was his new crusade from his former one? In many ways, Burnham was what might be called a premature neoconservative.

ONE OF Reagan’s most prominent critics was Norman Podhoretz who in 1983 announced “appeasement by any other name” in Commentary, the magazine he edited for decades. Reagan, he appeared to suggest, should have gone mano a mano with the Kremlin after the imposition of martial law by General Wojciech Jaruzelski in Poland in 1982. Oppenheimer explores the frosty reception that Podhoretz’s memoir Making It received from the New York intellectuals, including his close friend Norman Mailer. “An apologist for fame,” wrote Stanley Kauffmann, “should be a better judge of it.” Podhoretz had flirted with the left during the 1960s. Oppenheimer suggests that an aggrieved Podhoretz retroactively transmuted the cutting reviews his book had received from social slights into political warfare. His book had been trashed because it challenged regnant liberal pieties. “What emerged for me was clarity,” he told Oppenheimer. “Clarity is courage. There were truths that had to be articulated and defended, and they weren’t, to use Lionel [Trilling]’s favorite word, complicated. Everything was simple.” Or simplistic. At a minimum, the stridency of Podhoretz, his apodictic foreign-policy pronouncements of a Third World War (the title, incidentally, of Burnham’s column in National Review), seem reminiscent of the moral absolutes of the left, transferred to the right.

Things come full circle in Oppenheimer’s account with his portraits of David Horowitz and Christopher Hitchens. Horowitz belonged to an older generation than Hitchens. He was the enfant terrible of the 1960s, who, under the influence of Isaac Deutscher, sought to revive the Trotskyist credo, both as an activist and in books such as Free World Colossus, which blamed the United States for the inauguration of the Cold War. Horowitz, a red-diaper baby par excellence (his parents were lifelong communists), was an editor at Ramparts and boosted various radical causes, including the Black Panthers. His personal crisis came when Betty Van Patter, a Bay Area leftist whom he recommended to the Panthers as an accountant, disappeared. According to Oppenheimer, “The murder would never officially be solved, but Horowitz quickly would come to believe—and later evidence would support this belief—that the Panthers had done it.” Horowitz began his decade-long migration to the right, which ended up with him voting for Ronald Reagan in 1984 and warning against the Muslim threat on his website FrontPage.