The Magna Carta, Waterloo and More: Five Anniversaries to Remember in 2015 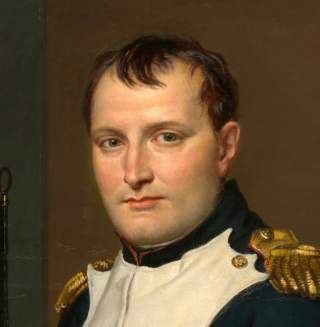 As James Lindsay writes for the Council on Foreign Relations, 2014 was replete with anniversaries of world-historical interest. From the outbreak of World War I (1914) to the Rwandan Genocide (1994), and from the Gulf of Tonkin Incident (1964) to the fall of the Berlin Wall and Tiananmen Square (1989), last year provided no shortage of pause for reflection. Yet as Lindsay points out, 2015 similarly promises to be a year in which to remember. Here are five historical anniversaries that should especially resonate in the United States:

Eight hundred years ago, in a muddy English field, Anglo-Saxon liberal democracy was born—or so the myth goes. In fact, the signing of Magna Carta on June 15, 1215 had more to do with enshrining the rights of England’s landed aristocrats vis-à-vis King John than ushering in a period of enlightened self-government. Nor was it particularly successful; the original agreement fell apart soon after its inception, and it would be decades before the Magna Carta’s provisions became codified in English statutory law. Today, many of its provisions seem antiquated and decidedly un-liberal; the Magna Carta was, after all, a document designed to regulate a feudal system of government. Even so, its symbolism remains powerful—abroad as much as in its land of origin.

In America, the narrative of the Magna Carta as a foundation of rights-based constitutional government was carried across the Atlantic with the earliest Anglo-Saxon settlers, and the charter remains a totem of the liberal political ideology that underpins the United States. Such ideas were (and remain) fundamental to the claim that the American Revolution was about asserting the natural, inalienable rights, rather than establishing a radical political order.

On June 18, 1815, an allied army headed by Britain’s Duke of Wellington defeated Napoleon Bonaparte at Waterloo. The battle’s outcome sealed the fate of Napoleon’s attempt to resurrect the French Empire and, indeed, can be thought of as the last gasp of the French Revolution: within months, a Bourbon monarch was back on the throne of France and a period of relatively stable monarchical conservativism fell across the entire European continent.

Earlier in the year, the United States had inflicted a victory of its own upon the British Empire at New Orleans—ironically, a battle fought and won after the War of 1812, the colonial offshoot of the Europe-centered Napoleonic conflagration, officially had been brought to an end. America’s triumph at New Orleans produced long-lasting political consequences, particularly insofar as it helped to propel the future president Andrew Jackson’s political career. To the north, the experience and memorialization of the War of 1812 catalyzed the formation of an incipient Canadian national identity, forever dulling the prospect of Canada’s absorption into the United States.

Internationally, the end of the Napoleonic Wars in Europe led to a period of tranquility regarding America’s relationship with Europe. No longer did the United States have to choose sides between warring Britain and France—a vexing dilemma (and serious national-security threat) that had plagued every president since George Washington. Instead, the unfolding era of Pax Britannica would create the conditions for the United States to avoid entanglement with European affairs and instead pursue continental expansion mostly free from the specter of molestation by the great powers of the Old World.

It has now been fifty years since the Voting Rights Act. Alongside the previous year’s Civil Rights Act, the Voting Rights Act was a legislative centerpiece of the Lyndon B. Johnson administration’s broad campaign to implement constitutional protections for African-Americans and other racial minority groups. In particular, the Act was designed to force the implementation of the Fifteenth Amendment, which outlawed racial discrimination in the electoral process. It was an ambitious piece of legislation, reasserting the role of the federal government as a protector of minority rights, even if this meant taking on and overruling Democratic segregationists in the southern states.

The mid-1960s were a fulcrum in American political time. The election-winning New Deal coalition assembled by Franklin D. Roosevelt was fraying as northern Democrats accepted divorce with their southern counterparts as the price of pushing the civil-rights agenda. The ensuing partisan realignment—hastened by Richard Nixon’s “Southern Strategy” towards the end of the 1960s—set in motion a process of political development that led to the neat liberal-conservative cleavage that currently defines U.S. politics.

In order to maintain political control of the domestic agenda during such turbulent times, Johnson went to great lengths to keep potentially combustible international events off Americans’ radar. Most momentously, in February 1965, LBJ sanctioned the first deployment of combat troops to South Vietnam—the opening gambit of a massive military commitment to the defense of Saigon primarily designed to avoid creating embarrassment on the home front; the beginning, perhaps, of America’s now familiar distrust of open-ended military adventures. Vietnam would destroy LBJ’s domestic standing by 1968, but in 1965, few anticipated that the war would mushroom into a challenge of presidency-defending proportions.

Although the Berlin Wall was breached in 1989, it was not until the following year that East and West Germany were finally united. If the wall’s destruction had constituted a symbolic end to the Cold War in Europe, the act of German reunification provided hard political evidence that the division of Europe was over. After forty-five years of subordination to the victors of World War II—the United States, Soviet Union, Britain and France—the two Germanies now were able to unite as one, peacefully regaining formal sovereign statehood and dropping anchor as a mainstay of European integration.

Germany had been the front line of America’s containment of the Soviet Union. Even though the Iron Curtain was now lifted, however, if decision makers in Washington hoped for a period of calm and moderation in U.S. foreign relations following the end of the Cold War, then such hopes were dashed in 1990 with Saddam Hussein’s invasion of Kuwait, an act of aggression that served as a reminder that international security was not to be taken for granted in the post–Cold War environment. Bush’s favored strategy of dealing with such crises—that is, broad multilateralism organized under the label of a “New World Order”—failed to outlive the liberation of Kuwait 1991; in the twenty-five years since the Iraqi invasion, his successors in the White House have fared little better when it comes to organizing a viable grand-strategic blueprint for America.

The final anniversary warranting serious reflection is that of the Srebrenica Massacre, which took place twenty years ago in July 1995. During the mid-1990s, any ambiguity evaporated concerning what the post–Cold War global-security situation would look like. By 1995, it was clear that ridding the world of superpower rivalry had done little to alleviate the scourges of conflict and human suffering. Few events brought this point home more than the massacre of 8,000 Bosniaks at Srebrenica. Although the world had been appalled at the scale of the killings in Rwanda just a year earlier, the Srebrenica massacre struck different chords in the West, because it took place on European soil—the first instance of genocide in Europe since the Holocaust fifty years earlier.

Later in 1995, President Clinton would broker the Dayton Accords to bring about a halt to the Bosnian War. Four years later, Clinton ordered airstrikes against the regime of Serbia’s Slobodan Milosevic in order to halt the killing of ethnic Albanian Kosovars, declaring by the end of his presidency that the prevention of genocide was a core national interest of the United States. Yet in the two decades that have elapsed since United Nations peacekeepers stood by at Srebrenica and watched innocent civilians get murdered, few concrete steps have been taken towards preventing such atrocities from happening again.

The history of Srebrenica provides no answers to the questions of when, where, why and how military force should be used in pursuit of humanitarian ends. It simply helps to put such questions in stark relief. The same is true of the other historical anniversaries to be remembered this year. How should societies be governed? At what price is freedom bought? What lengths should good people go to in order to prevent evil things from happening? Remembering the past will not bring to light concrete answers to any of these puzzles, but it will help to illuminate the nature and importance of the questions themselves.