The Master Plan: How to Stop ISIS 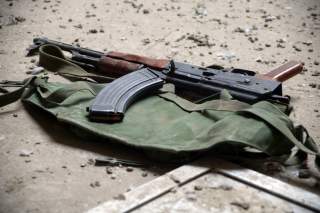 This coming December will mark the fourth anniversary of the self-immolation of the Tunisian street vendor, Mohamed Bouazizi. This event ignited the revolution in Tunisia, and then sparked similar uprisings in Egypt, Syria, Bahrain, Yemen and Libya. While Bouazizi’s desperate act was the event which sparked the uprisings, the underlying cause was smoldering resentment against oppressive, illegitimate Arab governments and economic privation. What was stunning about these demonstrations was that in most countries, they were conducted in the spirit of nonviolence, secularism, justice and unity of purpose. What is seldom commented on, but no less profound, was that at some level, the viral spread of these revolts across the Arab world spoke to a shared political identity that cut across state boundaries. While it would be a stretch to interpret this as a sign of an Arab nationalist revival, it should be viewed as an indication that at least at the subliminal level, a shared Arab identity was part of the political consciousness of the region.

Four years later, the spirit of the Arab Spring has been lost, hijacked by Islamists like former Egyptian president Mohammed Morsi who initially masqueraded as a pragmatic leader, but proved to be an Islamic ideologue, and radical groups like the Islamic State of Iraq and Syria (ISIS), which claims to be reversing the injustice done by the colonial powers at the end of the First World War, while imposing its own injustices on religious minorities, women and secular Muslims amidst the civil wars raging in Syria and Iraq. ISIS has clearly been the most flagrant in breaching the spirit of the Arab Spring by using brutal tactics that make even Al Qaeda wince, and exploiting the civil wars to impose a Sunni based Caliphate that further threatens Iraq, Syria and the broader region.

The question being asked in Washington, in the capitals of Europe and across the Middle East, is what will it take to vanquish or at least seriously hobble this organization? The answer coming from the Obama administration is that a combination of surgical airstrikes against ISIS targets in Iraq, military support for the Kurds, and political reform in Baghdad is what is needed. The hope is that the incoming Iraqi prime minister, Haider al-Abadi, will be less blatantly sectarian and more inclusive of the Sunnis than outgoing Prime Minister Nouri al-Maliki, who, it has been argued, bears primary responsibility for driving many Sunni leaders into the arms of ISIS.

These military and political steps are in fact necessary to staunch the advance of ISIS, but they are likely to be inadequate. While under Prime Minister designate al-Abadi some Sunni tribal leaders have expressed a willingness to shift support away from ISIS, the window for wholesale co-optation and reconciliation has likely closed. Despite some setbacks, such as the loss of the Mosul Dam to Iraqi and Kurdish forces made possible by U.S. airstrikes, ISIS still continues to show momentum. It is expanding its ranks of jihadist fighters through impressively sophisticated and successful recruitment campaigns in Syria, Iraq, the broader Middle East, the Caucasus, Europe and even the United States. Moreover, it is trumping the once formidable Al Qaeda in terms of attracting resources and recruits to its cause.

Furthermore, ISIS’ main base of operations is in Syria, rendering an Iraq-only solution ineffective. This puts Washington in a bind. While the United States has entered the fray in Iraq to help battle ISIS, it has been unwilling so far to extend that mission to Syria, partially because of its stated policy that the regime of Syrian president Bashar Assad lacks legitimacy and must go. The conundrum for policy makers is how can the United States actively oppose ISIS in Syria when it too is committing forces to the fight against the Syrian government?

So given this, how can ISIS be defeated and further destabilization prevented? In addition to the much-needed military and political measures already taking place, the most effective way to defeat ISIS and prevent the further disintegration of Iraq is to tap into a latent Arab identity that admittedly has been drowned out by narrower, more sectarian layers of identity in Iraq and Syria, but remains the best hope for breaking the spell of the extremist ideas propagated by ISIS. While Nasser-style Arab nationalism as a political movement is a relic of the 1950s and 1960s and a nonstarter today, Arab identity as a part of the political consciousness can still be a powerful unifying force that can combat ISIS in the future and perhaps pave a positive way forward for Iraq and even Syria.

Let’s unpack how tapping into Arab identity can be a potent force against ISIS, and under what possible scenarios this might be plausible, by first looking at both the strengths and vulnerabilities of ISIS’ ideas. The idea that is so compelling to some is that out of the ashes of the civil wars in Syria and Iraq has risen a new Islamic Caliphate that collapses the artificial and illegitimate boundaries between these countries, and promises the grandeur of even further expansion. The appeal of these ideas is heightened by the slick use of the social media for recruiting efforts, which support its goal of expanding its capacity to deal with current and future challengers.

But these same ideas potentially contain the seeds of destruction for ISIS. While they are compelling for attracting foreign jihadist fighters, these ideas are likely to ring hollow for Iraqi and Syrian Sunnis under ISIS control who seek a positive political and economic outlook. In other words, secular and even many religiously minded Sunnis are unlikely to remain committed to an extremist, oppressive, Salafist jihadist variant of Sunni Islam over the long run. It is not that Islamic ideals per se are alienating. As the case of Saudi Arabia demonstrates, a viable political community can form around a Sunni Islamic identity. But ISIS’ notion of political community completely disregards, and even tries to suppress other important layers of political identity, such as family, tribe and ethnicity. Moreover, it is unlikely to be able to deliver on basic needs, such as economic opportunity, human dignity and a vision for how its community connects to the outside world.

So what makes Arab identity such a potent idea and something of which ISIS should be frightened? Arabism actually embodies some of what makes ISIS appealing to many, which is the notion of an identity that is authentic, transcendent and erases boundaries. But the expression of Arab identity that we briefly witnessed in 2011 wasn’t about destroying state boundaries, which is what ISIS has already started to do, but rather about erasing ethnic, religious and sectarian boundaries that have limited economic and political development, and perpetuated autocratic rulers who relied on a divided society to govern. The appeal of Arab identity is that it can create a sounder basis for political community, based on a shared language, culture and history. A powerful message could be that while ISIS may be challenging the existing order by erasing what some see as artificial, illegitimate state boundaries, a shared Arab identity can transcend boundaries too, but by creating rather than destroying a positive foundation of political community.

There are plenty of reasons why a revival of Arab identity could be thought of as merely wishful thinking and extremely naïve. But sometimes the scenario that appears to be the least plausible becomes possible due to a lack of viable alternatives. There are few good alternatives to Arab identity being at least one of the pillars upon which political community gets rebuilt in war-torn Iraq and Syria, although such an outcome unless carefully finessed with economic benefits that are not yet defined, could increase the possibility that the Kurdish areas of Iraq will be completely autonomous from Baghdad or break away altogether. Moreover, the notion proposed by some that an agreement that gives the Shia and Sunnis semi-autonomy within Iraq is a formula for a viable country is problematic. Most importantly, neither the Sunni, nor Shia communities are unified within their own ranks. Each of these groups is made up of contending parties and is further divided between secular and religious elements. The only hope for bridging these divides is to tap into an all-encompassing basis for political community, bound by a common Iraqi or Arab identity. The other alternative, the one ISIS already has acted upon, is a complete disintegration of the states of Iraq and Syria and the perpetuation of a terrorist-run Sunni extremist state. If this becomes permanent, and the Kurds do become independent, what is left of Iraq is a Shia rump state that is weak and likely to be fully dependent on Iran for its own security. Without tapping into a broader Arab identity, we face the specter of a fanatic Islamic polity flourishing in the Arab heartland, and either the complete collapse of Syria and Iraq, or the continuation of the civil wars in these countries for years.

Given that Arab identity, while latent, has been buried by narrower, more sectarian identities within Iraq and Syria, how can this come about? It certainly won’t be easy, but as alluded to above, there are strong incentives working in its favor. To work it has to occur at two different levels. First, it requires a leadership in Iraq that not only tries to reintegrate the Sunnis into the ruling structures of the country, but also has the vision to rebuild the nation under a common, shared vision. Doing that will require that Prime Minister designate Abadi not just acknowledge the differences between Sunni and Shia, but also appeal to what they have in common in terms of their shared Arab and Iraqi identity.