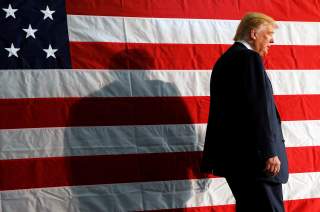 Those with experience of attending previous Munich Security Conferences have described the mood of the 2018 conclave with terms like “retrenchment” and “hunkering down” and “waiting out the uncertainty.” A theme constantly repeated during the three-day gathering was that of the liberal world order under stress and threat, with a concurrent focus on the prospect of immediate flashpoints such as the tense situation on the Korean Peninsula and the likelihood of a conflict between Iran and its neighbors—both connected to questions about the depth and extent of American disengagement from global affairs. One concern, however, was that the conference was less engaged with how the world order and, more specifically, the transatlantic alliance, is set to evolve and change in the coming years.

Convening on the sidelines of the Munich conference, the Loisach Group met to assess this year’s conclave and to discuss what topics were left unaddressed that nevertheless will have a critical impact on the future cohesion of the Euro-Atlantic community.

Many of the U.S. participants, especially the congressional delegation, were emphatic in their efforts to reassure the audience of continuity in U.S. foreign policy. Left unspoken was whether the Trump administration should be seen as a temporary interruption in the U.S. commitment to maintaining the current international order, or whether the 2016 election was, in fact, a symptom that the United States stands at a point from which it is reassessing its preferred role in the world. It is clear that the United States is “renegotiating the terms of American engagement in the world,” but not so apparent whether Trump’s departure from the political scene would stop or reverse this process. In contrast to the expectations that the 2018 midterm or 2020 presidential elections will lay the basis for a “reset” of U.S. foreign policy (and thus all that America’s European and Asian partners need to do is wait for the cavalry), it may be more important to discuss the long-term trends that may change the role and scope of U.S. involvement in the world.

This means coming to terms with the reality that the United States, for the foreseeable future, will be shedding a number of its global security and development burdens. What will need to be the subject of a sustained dialogue is the length and extent of that burden shedding, and where and when other partners will be able to take on more responsibilities—to be more comfortable operating in conditions of “strategic autonomy,” as one participant noted.

Dialogue is critical, because while the United States contemplates where and when to shed burdens and responsibilities, other powers are not waiting passively by. Yet we still are sometimes blinded by the conceit that U.S. action is the key driving force. Several years ago, at the Munich forum and other such gatherings, there was real concern and angst over the implications of a U.S. pivot to the Pacific. There is far less discussion about the implications of China’s ongoing pivot to the Atlantic, and how its “one belt, one road” strategy creates new geopolitical and geoeconomic realities in greater Eurasia that have the possibility to change the security interests of America’s European partners. OBOR matters, however, still are seen by much of the transatlantic security community as a business and investment matter, with less appreciation for the more subtle implications that redrawing the maps of economic interconnectedness holds for countries’ national-security interests.

That question matters a great deal because, while it is currently popular to focus on specific challenges to the Euro-Atlantic world (starting with Russia), the long-term viability of the transatlantic community of nations depends a great deal on its ability to meet the challenge of what Daniel Hamilton and others term “forward resilience”: that NATO and the European Union need to be thinking in terms of overall “flow security” with an eye to strengthening the weak links in the chains that interconnect Western societies. While there remained a great deal of discussion at Munich this year of the magic 2 percent threshold for allied defense spending, how and what those monies are spent upon is just as important as the dollar/euro amounts that are allocated. So far, spending more, rather than necessarily spending wisely and for the long term, seems to be the driving imperative.

All of this comes down to a final issue: the evolution of the transatlantic relationship itself. The United States must evolve to become more comfortable with a partnership of near equality with a Germany playing the role of Europe’s central coordinator—especially if, in the coming years, European states begin restoring many of the capabilities they let atrophy in the post–Cold War era. There needs to be a comprehensive dialogue that is able to be flexible and accommodate areas of divergence between European and American perspectives while preserving those areas of complementarity that give the Euro-Atlantic community its dominating position in the global order. At the same time, Germany must become more comfortable using and deploying its considerable “weight” in European and world affairs. As one participant pithily noted, Germany must become comfortable with power, while the United States must learn to work with a partner.

These topics were only hinted at in Munich this year. Hopefully next year’s conference will move beyond the continued fascination with the personality of President Trump and look to the future of the transatlantic community. In 2019, NATO will celebrate its seventieth anniversary—but the decisions taken in the next several years will determine whether the Atlantic alliance lives to celebrate its hundredth birthday.