The National Security Threats You're Underestimating 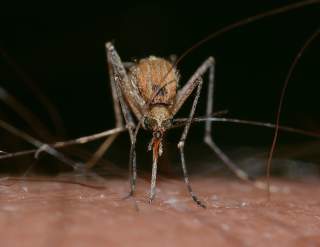 IN RECENT years, there has been an evolution in the understanding of the nature of security, both national and international. With the collapse of the Soviet Union, and with it the definition of security as exclusively a military affair, it is becoming clear that threats can come from nature, from technology and from the failure of traditional political structures.

Consider natural threats: first and foremost, climate change and global warming. Despite flat-earther denial, senior military commanders and serious security students agree that appreciable rises in sea levels will be hugely destabilizing in many parts of the world, including in American coastal urban areas. Given widening fractures in the traditional governing consensus, and the power of energy and developmental lobbies, there is little hope for mature policymaking on carbon taxes or other macrodepartures in the short term of a single administration.

A second natural threat is pandemics. Serious plans are being thought up for dealing with a highly contagious viral outbreak that can spread through intercontinental air travel across continents in a matter of hours. Those plans include quarantining outbreaks, stockpiling immunizations and rapid-response medical SWAT teams. They are, of necessity, multinational in nature. Confounding these efforts is the reality that a naturally occurring viral outbreak will look very similar to one created by the hand of man in a planned biological attack.

Threats from technology are most vivid in the dramatically emerging cyber arena. Here, confusion is caused by the difficulty, if not total inability, to distinguish between attacks that originate from governments and attacks from renegade hackers. So far, damage has been done to data-storage systems and individual and corporate communication systems. Sooner rather than later, one or the other of these two sources will strike critical infrastructure composed of finance, communications, energy and transportation.

The new administration would be well advised to place very high priority on negotiation of binding international regimes against government-sponsored cyber attacks, regimes with sophisticated transparency requirements and enforcement mechanisms.

The most immediate new geographic challenge is the Arctic, the last frontier on the planet. Management of the Arctic area by littoral nations must encompass definition of offshore national boundaries, maritime transportation agreements, enforceable rules for energy exploration and development, strict environmental safeguards and protection of the historic rights of indigenous peoples. Given its vast northern coastline, Russia is the principal contender for supremacy in the Arctic—which is becoming a significant new element in the bilateral U.S.-Russia relationship.

Russia itself will continue to be a major foreign- and security-policy challenge. The new administration must expect continued, even intensified, efforts by Russia to exploit cracks in the Atlantic alliance. Expected areas of concern are the Baltic states, Turkey and the Balkans. Russia will use its foothold in Syria to increase its presence and influence in the Middle East in an effort to regain international prestige. It will play Sunnis and Shia against one another where advantage may be gained.

Circumstances will probably not permit total U.S. liquidation of the long wars in Afghanistan and Iraq. The new president will find himself torn between citizen fatigue at home and international skepticism about U.S. dependability abroad. There will be no clean or clear resolution of either conflict. America broke it—and everyone knows what that means.

In the broader region, monitoring and implementation of the nuclear agreement with Iran will remain areas of partisan criticism and diplomatic necessity. Sophisticated diplomacy will be required to maneuver through the complex political minefield between the Iranian state and the Iranian regime.

Meanwhile, North Korea will become an increasingly international threat that powers in the region and elsewhere will expect the United States to counter militarily. Persistent pressure will be required on the People’s Republic of China, mostly behind the scenes, to play a leading role in North Korea’s isolation. Consideration should be given to a multinational security arrangement consisting of South Korea, China, Russia and Japan, as well as the United States, to confine North Korean military ambitions. All the while, American political figures must remember that North Korea represents a much greater threat to China than it does to the United States.

The most perplexing security challenge for the Trump administration, strangely enough, will be American politics. American leadership in international-security matters rests solely on the credibility of its political leaders. Even before the recent election outcome, some of Hillary Clinton’s opponents made it clear that they intended to deny the legitimacy of her election and leadership. Following Mr. Trump’s unexpected victory, protests erupted throughout the country, many under the banner “Not My President.”

This may play well in certain extreme right- and left-wing political circles. But such unrest exacts a huge price on U.S. credibility abroad in all the challenging arenas summarized here, and in others yet to emerge. Political cannibalism at home will severely undercut the authority and credibility of America’s role in the world. It will exacerbate U.S. efforts to manage a range of existing security issues and new ones yet unimagined.

This nation cannot descend into ideological self-destruction without seriously undermining its security. It is now time for the dwindling band of statesmen and women to preach this truth across the land.

Gary Hart, a former U.S. senator from Colorado, is the U.S. Special Envoy for Northern Ireland.