The Neocons Are Responsible for Trumpism 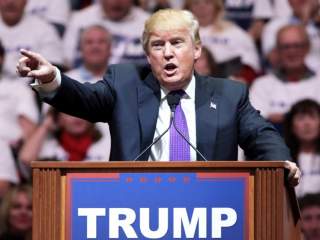 The possibility that Donald Trump will win the Republican party’s presidential nomination has inspired leading neoconservatives like Eliot A. Cohen, Robert Kagan and Max Boot to insist that they will never support him. But the neoconservatives of a generation ago like Irving Kristol and Norman Podhoretz are themselves partly to blame for the rise of Trump-style national populism in the United States. By spurning their natural constituency—the mostly-white working class—the neoconservative leadership deprived a substantial portion of the American electorate of its own sympathetic, moderating and technocratic intelligentsia.

As a result, in the last quarter century many of the blue collar voters who had been integrated into the FDR-to-LBJ Democrats and then became “Reagan Democrats” in the 1980s have had no intellectuals or policy wonks of their own, no think tanks and magazines that respected their values and interests. Organized labor, which once represented their interests, is nearly extinct outside of the public sector. The cultural left despises and vilifies working-class white men as privileged bigots, period. Neoliberal “New Democrats” focus on an audience of tech billionaires and Wall Street financiers. Conservatives praise the service of working-class men and women in uniform—but God forbid that the same heroic veterans should ask for a raise or a higher Social Security benefit or try to join a union or vote for paid family leave. Lacking any establishment advocates and sympathetic intellectuals, on left, right or center, many white working class Americans have therefore turned to demagogic outsiders like Trump. Where else are they to go?

Why did the neocons turn their backs on the working class in general, and working-class whites in particular? Many of the first generation of neoconservative thinkers came from working-class or lower-middle-class or small-town families. The two largest working-class groups in the Roosevelt coalition—northern “white ethnics” including Jewish, Irish- and Italian-Americans, on the one hand, and non-elite white Southerners and Southwesterners on the other—were over-represented among early neoconservative intellectuals. There was a working-class Northeastern Jewish contingent, represented by Irving Kristol and others, a Southwestern contingent represented by Jeane Kirkpatrick. Daniel Patrick Moynihan was an Irish-American whose childhood was divided between Oklahoma and Hell’s Kitchen in New York City.

Most of the original neoconservatives were “paleoliberals”—Roosevelt-Truman-Kennedy-Johnson Democrats. Some were moderate socialists. They rejected both the identity politics and anti-military fervor of the New Left. At the same time, they rejected the mainstream conservatism of Buckley, Goldwater and Reagan, which for first-wave neocons was tainted by opposition to the New Deal and support for segregation in the South. Many early neoconservatives had close ties which the culturally-conservative and staunchly anticommunist AFL-CIO.

Within the Democratic party in the 1970s and 1980s, neoconservatives in groups like the Coalition for a Democratic Majority and the early Democratic Leadership Council sought to win back working class whites alienated by the increasing liberalism of the McGovern wing of the Democratic party. For its part, the early Democratic Leadership Council, dominated by Southerners like Senator Sam Nunn of Georgia and Midwesterners like Missouri Senator Richard Gephardt, emphasized a national service proposal that sought to build on the popularity of the GI Bill among traditional white working class Democrats. The early DLC was quite different from the later DLC, the Progressive Policy Institute and the think tank Third Way, which were focused on Wall Street and Silicon Valley, not middle America.

I observed all this in the late 1980s and early 1990s, from a vantage-point as a research assistant to William F. Buckley Jr. and executive editor of the National Interest. At the time, there were four distinct ideological movements on the right: paleoconservatives, libertarians, the religious right, neoconservatives and movement conservatives. With the exception of the religious right, which was focused on a small number of issues like school prayer, pornography, abortion and gay rights, and had little to say about economics or foreign policy, each of these movements on the right represented a more or less coherent worldview combining domestic policy and foreign policy.

The paleoconservatives thought that everything had gone downhill with the election of Franklin Roosevelt in 1932, if not with Woodrow Wilson and TR in 1912 or Lincoln in 1860. They wanted to repeal the New Deal at home in favor of some kind of decentralized pre-New Deal economic system. In foreign policy their spokesmen like Pat Buchanan wanted a return to the “America First” isolationism of Robert A. Taft and Charles Lindbergh. The paleocons had their own institutions and journals, like the magazine Chronicles.

Like the paleocons, the libertarians favored a minimalist foreign policy and the repeal of New Deal and Great Society programs like Social Security and Medicare. Unlike the paleocons, they opposed government regulation of sex and drugs, and favored mass immigration, which paleocons tended to oppose on racist grounds. The libertarians also had their own separate infrastructure: the Cato Institute, Reason magazine.

The neocons, as heirs to New Deal liberalism, had no objections to Social Security, Medicare or federal civil rights enforcement. Many were first- or second-generation Americans so they tended to be sympathetic to immigrants and opposed to nativism. Nor did most neocons have objections to organized labor; many indeed had backgrounds in, or close ties to, the AFL-CIO and the American Federation of Teachers. Along with working class Democrats in general, for reasons that cannot be simply dismissed as racist, many neocon intellectuals worried about means-tested welfare programs undermining family formation and the work effort. Neoconservative thinkers opposed both paleocon-style white racial nationalism and New Left multiculturalism, in favor of the centrist liberal ideal of a common melting-pot nationality, which I defended in my first book, The Next American Nation (1995).

Of all of the movements on the right circa 1990, “fusionism,” also known as “movement conservatism,” was in the greatest decline. Having launched the political campaigns of Barry Goldwater and Ronald Reagan, movement conservative institutions like Young Americans for Freedom (YAF) had lost much of their importance. On the intellectual right, National Review and Modern Age and Human Events had been eclipsed by more sophisticated neoconservative journals like Commentary and the Public Interest and the National Interest, while the Heritage Foundation was taken less seriously than the neoconservative American Enterprise Institute. The attempted “fusion” by the thinkers around National Review of three incompatible ideologies—crusading anticommunism, economic libertarianism and social conservatism—into a single right-wing intellectual synthesis had failed. One result by the 1980s had been the emergence of separate libertarian and religious right or “theoconservative” movements outside of the movement conservative big tent.

At the time—remember, we are talking about the late 1980s and early 1990s—I expected all of these movements on the right to wither away, except for the one with which I identified: neoconservatism, defined as paleoliberalism. Everything else on the right seemed to me to be headed for extinction. Old Right paleoconservatism was a cranky sect with a few professors and journalists but no voters. The libertarian movement was funded well by rich people who wanted lower taxes and less regulation. But it was clear to me then, as it is still clear, that the American people did not want to repeal the New Deal and return to the Roaring Twenties or the Gilded Age. As for the religious right, it was evident even in the 1980s that its appeal was limited to a portion of the U.S. population that was in long-term decline, given the social liberalization of Western society. And National Review’s fusionist movement conservatism peaked with Reagan’s election in 1980 and by the time he left office it was running on fumes.

I therefore expected that in the 1990s and 2000s neoconservatism in its original paleoliberal version would emerge as one of two dominant ideologies in American politics. The other would be some version of McGovernism, emphasizing race- and gender-based identity politics, hostile to the U.S. military as such and emphasizing post-industrial Green romanticism. In other words, I expected the two wings of the Democratic party of the 1970s to become the next two-party system. Everything to the right of neoconservatism would just die out, like the free silver movement or agrarianism.

In the long run, I believe I will be proven to have been right. In the short run, I could not have been more wrong.

Scarcely had I been promoted to first mate on a ship in the neocon flotilla in the early 1990s than Admirals Irving Kristol and Norman Podhoretz scuttled their own perfectly seaworthy fleet and hurried over in lifeboats to join the rotting, half-sunk, barnacle-infested ship of movement conservatism. Historians can speculate about their motives for perhaps the most dramatic scuttling since the sinking of the Graf Spee. Whatever its causes, the liquidation of the neoconservative movement from within and from above in the 1990s is still shocking, in retrospect. I can’t think of another case in which a dynamic, ascendant political-intellectual movement was abruptly betrayed by its own leaders and subordinated to a much dumber, dying movement. It’s as though Steve Jobs had liquidated Apple and joined Wang.

In any event, between Bill Clinton’s election in 1992 and the rise of Trump in 2015-16, the dominant force on the American right has been what I call Fusionism 2.0. This was even less philosophically coherent than the original Fusionism 1.0 of the National Review crowd had been. Fusionism 2.0 was, and is, a strange-bedfellows alliance of more or less independent movements—the libertarian movement, the religious right, and second wave neoconservatism, which has specialized almost exclusively in bellicose and delusional foreign policy.