Is the North Korea–Trump Summit Dead? 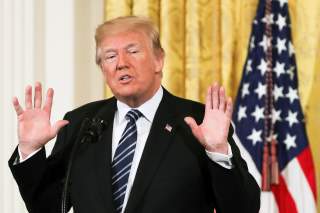 Editor's Note: In our latest Facebook Live interview (please like our Facebook page to see more of these events) Jacob Heilbrunn, editor of the National Interest, and Harry Kazianis, director of defense studies at the Center for the National Interest, discuss whether there will even be a Trump-Kim summit and the prospects for peace on the Korean Peninsula.

Harry Kazianis recently wrote an article arguing that the United States should contain North Korea. An excerpt of the article can be found below: